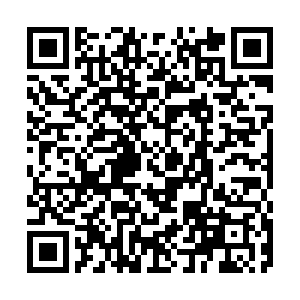 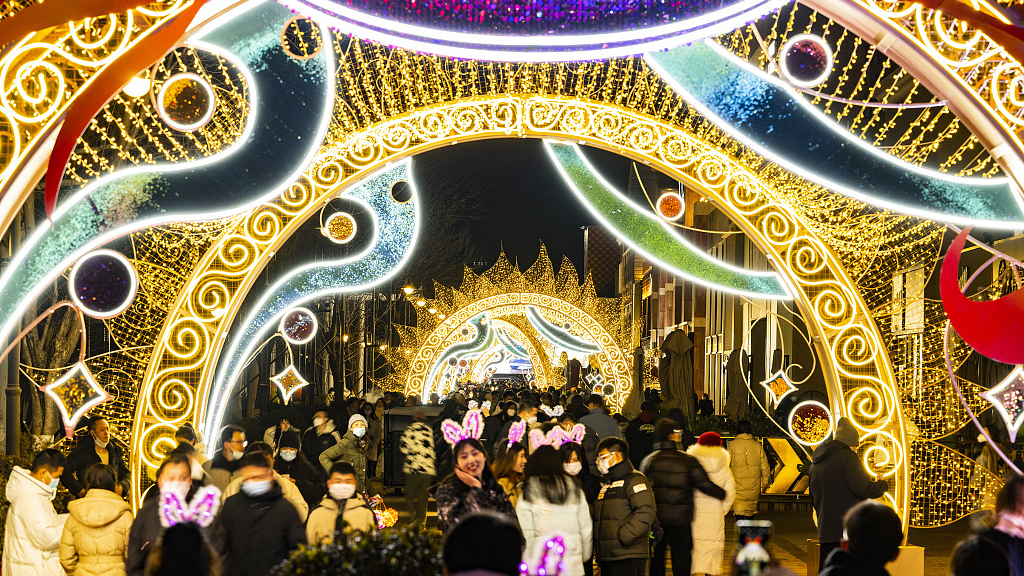 Editor's note: Gao Lei is an associate professor at the Center for Xi Jinping Thoughts on Opening-up, Research Institute of Globalization and China's Modernization, University of International Business and Economics. Xia Lu is an associate professor and research fellow at the National Academy for Development and Strategy, the Academy of Xi Jinping Thoughts on Socialism with Chinese Characteristics for a New Era, Renmin University of China. The article reflects the authors' opinions and not necessarily the views of CGTN.

On the evening of the last day of 2022, Chinese President Xi Jinping delivered a New Year address to the Chinese people and the world, as he had been consecutively doing for the last nine years. In this year's address, in addition to sending his greetings and salute to the people, Xi especially highlighted the calling for solidarity to foster stability and prosperity.

The year 2022 that has just passed is extremely important in the history of the Communist Party of China (CPC) and the Chinese nation. Right after celebrating its 100th anniversary, the CPC successfully convened its 20th National Congress, drawing a clear blueprint of building a modern socialist country in all respects and advancing the great rejuvenation of the Chinese nation on all fronts through a Chinese path to modernization.

Over the past year, in spite of the turbulent international environment and the arduous tasks of domestic reform, the CPC Central Committee with Comrade Xi Jinping as the core has led the whole party and the whole nation with high level of unity to confront difficulties, forge ahead and maintain overall socio-economic stability. The hard-won achievements of the past year are not easy and worth cherishing, which further inject strong impetus into the new journey and great cause.

Socio-economic achievements are the most obvious ones. The year of 2022 is an important year in which the Beijing Winter Olympics and Paralympic Games have enjoyed great success, the 14th Five-Year (2021-2025) Plan has been implemented with key and sound measures, and China has embarked on a new journey of comprehensively building a modern socialist country and marching toward the second centennial goal.

As we look back to the past year, we have to admit that China's economy also faced grave pressures such as demand contraction, supply shock and weakening expectations. However, with the powerful policy portfolio and the coordinated efforts by Chinese people over the past year, the country's economy has steadily improved the quality of development, achieved fruitful achievements in scientific and technological innovation, comprehensively deepened reform and opening-up, basically stabilized the employment and the commodity prices, effectively guaranteed food security, energy security and people's livelihood, and maintained overall economic stability.

In terms of key economic data, China's GDP in the first quarter of 2022 increased by 4.8 percent year-on-year, by 0.4 percent in the second quarter, and by 3.9 percent in the third quarter. It has shown clearly to everyone that during the past year the country's economy has walked out of a V-shaped recovery curve, showing strong resilience. As Xi argued in his address, Chinese economy has displayed "strong resilience, tremendous potential, and great vitality."

In particular, the "strong resilience, tremendous potential, and great vitality" can be perceived in the following aspects, which are also signifying the new development philosophy and paradigm of Chinese economy.

Firstly, we have more confidence in food security. In 2022, the total output of all grain and rice in 31 provincial-level regions reached over 686.5 million metric tons, which saw an increase by 0.5 percent over the previous year, making a new high, according to the National Bureau of Statistics. The annual grain production has stayed above the country's food security benchmark – set by the central government at about 650 million tons – for eight consecutive years. Firmly holding rice bowl to one's own hands provides socioeconomic stability with more solid base.

Secondly, the substantial economy is booming. According to data from the National Bureau of Statistics, in the first three quarters of 2022, the high-tech and equipment manufacturing have increased year-on-year by 8.5 percent and 6.3 percent respectively, making them two fastest sectors among all industries. 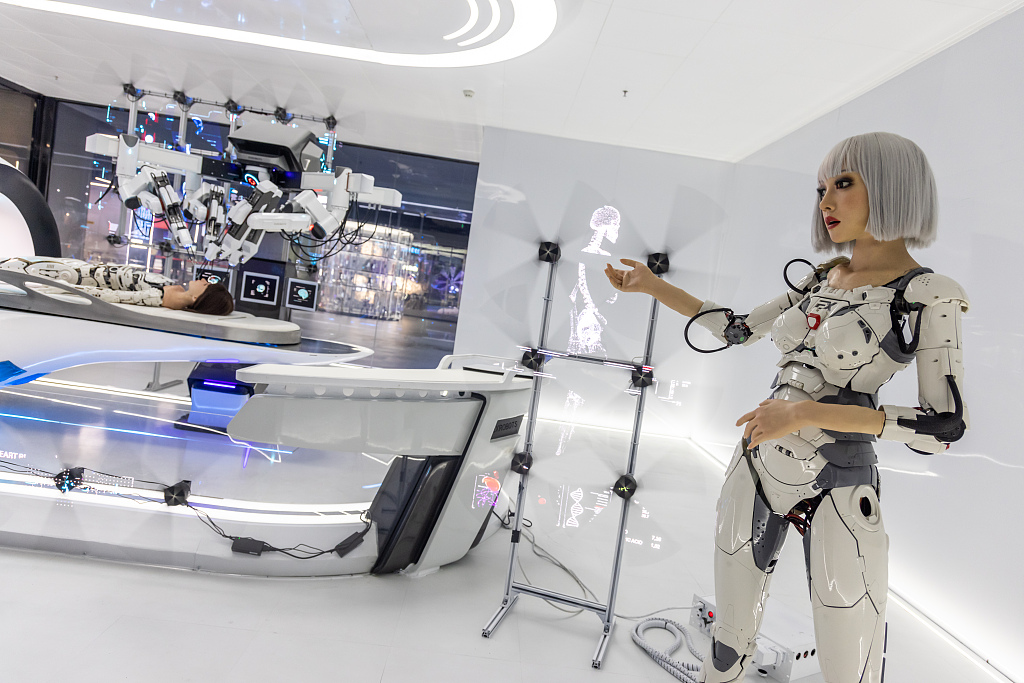 A view of the EX Future Science and Technology Museum, in Shenyang, capital of northeast China's Liaoning Province, November 11, 2022. /CFP

A view of the EX Future Science and Technology Museum, in Shenyang, capital of northeast China's Liaoning Province, November 11, 2022. /CFP

Thirdly, the digital economy also boosts with vitality. In accordance to the China Internet Development Report 2022, as of mid-2022, China has established a total of 1.854 million 5G base stations, and the number of 5G mobile phone users in China has reached over 455 million, making China the largest 5G network in the world.

In addition, the integrated development of smart city and digital village construction has been promoted, and the efficiency of digital government has been greatly improved. As we shall see, the development of China's digital economy is not only affecting all aspects of social life in the country, but also injecting new impetus into global economic recovery.

Last but not least, big steps have been made in terms of the domestic market's opening to the outside world. The fifth China International Import Expo once again demonstrated that China and the world linked and worked hand in hand. Consecutively holding the world's first import-themed national-level exhibition, China continues to convey the ideas of openness and win-win cooperation to the world.

Although we have made significant achievements, we cannot be unrealistically optimistic to the situation in 2023 as the following challenges are still out there. First, the epidemic will be repeatedly haunting us. As Xi mentioned in his address, "we have now entered a new phase of COVID response where tough challenges remain." According to international experience, there might be several waves of challenges, and it is difficult for us to precisely predict the impact in the future.

Second, the world economy is falling into a new round of deep recession, which will obviously drag down China's exports. Both developed and developing economies are not doing well, and, to borrow the terms coined by Xi earlier, "the deficit of trust" among international community will push "the deficit of development" to the edge of collapse.

Thirdly, in terms of domestic circulation, the employment is also not very optimistic. In 2023, it is estimated that there will be over 10 million college graduates entering the job market, not to mention the job-seekers accumulated in the previous years. With declining household incomes and widespread preventive savings, it might not be appropriate to expect too much for consumption booming in 2023.

In spite of these challenges, one can argue that China is still taking the historic initiation. As Xi put in the Central Economic Work Conference, "we have encountered many difficulties, some of which were unprecedented, but we managed to overcome them." For the upcoming challenges, we will also tackle them one by one, because this is how the Chinese nation has been like for more than 5,000 years. The key to climbing the hill is to boost confidence. With confidence and unity, people will find the light of hope is right in front. Extra efforts are needed, as perseverance and solidarity mean victory.