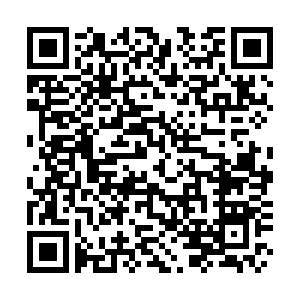 In his traditional New Year's Eve address to the nation, President Xi, as his custom, looks back at the previous year, 2022, and looks ahead to the coming year, 2023. To grasp how Xi is thinking and what China is planning, one should juxtapose current conditions or recent events with specific phrases or manners of speech. What is over-emphasized? What is under-emphasized?

Top of mind, as expected, is the 20th National Congress of the Communist Party of China. What is insightful here is how President Xi himself summarizes the historic event in just one sentence. He uses three overarching phrases. The first is "building a modern socialist country in all respects" — which is the objective to be constructed. The second is "the great rejuvenation of the Chinese nation" — which is the ultimate goal. And the third is "a Chinese path to modernization" — which is the mechanism to achieve the objective and the goal. President Xi labels all three collectively as an "ambitious blueprint" that has been drawn, and the combined message is "a clarion call of the times for us forging ahead on a new journey."

As for elements that were not necessarily expected, the following, at least to me, stand out as noteworthy and perhaps insightful.

· Food security is prioritized, following directly after the economy, testifying to its critical importance.

· COVID earns a substantial section, near the beginning, President Xi stresses a science-based and targeted approach, adapting to the evolving situation to protect people's life and health to the greatest extent possible. Medical professionals and community workers are given a shout-out of national appreciation. With evocative words like "extraordinary efforts" and "unprecedented difficulties," Xi acknowledges "a new phase of COVID response where tough challenges remain" — which is apropos: given reports of high infection rates, many people are anxious and uncertain. Xi lauds the people's "great fortitude", stressing that "perseverance and solidarity mean victory." Then again, later in his address, Xi reiterates that "adversity makes one stronger", "staying the course" and "getting the job done."

· On defense, the launching of China's third aircraft carrier, the Fujian; and on technology, the delivery of China's first large passenger aircraft, the C919.

· On global affairs, President Xi sees global changes "unfolding at a faster pace," and asserts, with understatement, "the world is not a tranquil place" — to those with ears to hear, the point is not missed when Xi says, "We cherish peace and development and value friends and partners as we have always done," adding, "We stand firm on the right side of history."

· President Xi recognizes that in a big country, "it is only natural for different people to have different concerns or hold different views on the same issue" — and he advises that consensus can be built by communication and consultation, such that with unity, "no task will be impossible and no difficulty insurmountable."

· Homage is paid to former President Jiang Zemin, who passed away in 2022, with gracious words of high tribute.

Looking ahead, President Xi crafts his words to be visionary and uplifting, appreciating the Chinese people's "sweat and toil", sacrifice and resilience, and highlighting the country's "vigor and vitality". President Xi forecasts a future of prosperity and harmony, a country where dreams become reality. That's Xi's Deep Message. I'm Robert Lawrence Kuhn.