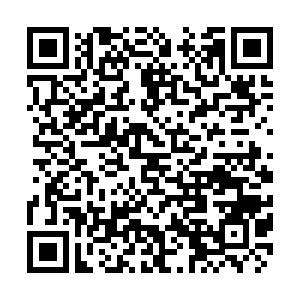 The Iranian Foreign Ministry on Monday condemned the United States for committing an "organized terrorist act" in the assassination of top Iranian commander Qassem Soleimani in 2020.

In a statement issued on the eve of the third anniversary of the assassination, the ministry said the U.S. government planned and carried out the "terrorist attack on one of our highest-ranking officials on the soil of a third country while he was on official assignment Iraq."

On January 3, 2020, the U.S. military, on the order of then-President Donald Trump, killed Soleimani in a drone strike near Baghdad International Airport, citing that he had been "actively developing plans to attack American diplomats and service members in Iraq and throughout the region."

In Monday's statement, Tehran said the U.S. conducted the killing of the former commander of the Quds Force of the Islamic Revolution Guards Corps with "false claims and pretexts, including under the guise of counter-terrorism" and in "naked violation of the tenets and principles of international law."

The U.S. government bears "definite international responsibility" for this crime, said Iran, adding that the country has taken measures to bring those accountable to justice.

Iranian Foreign Minister Hossein Amir-Abdollahian said on Sunday that nearly 60 U.S. officials have been blacklisted by Tehran for their involvement in the assassination, adding that Iran is investigating the case.

In a televised interview, Amir-Abdollahian said although Tehran has taken necessary measures, the Americans and Westerners are throwing a wrench in Iran's efforts to pursue the case legally.

The Iranian Foreign Ministry on Monday also said Tehran will continue to work for regional peace and stability.

(Cover: A billboard depicting late Iranian general Qassem Soleimani at the entrance to a park in Tehran, Iran, January 2, 2022. /Xinhua)