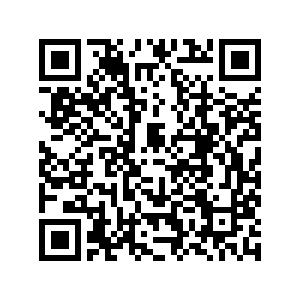 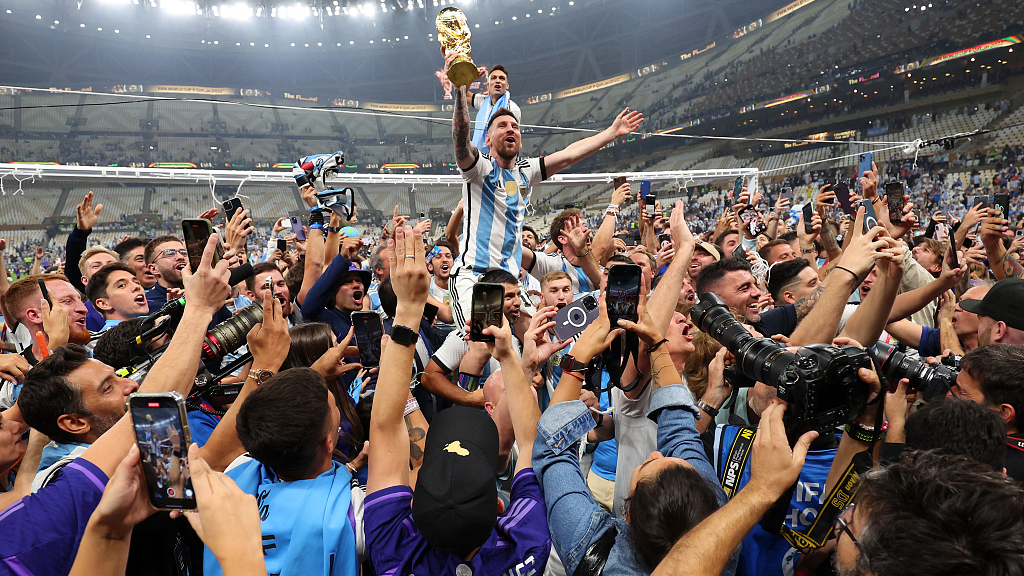 Editor's note: Mario I. Blejer is former president of the Central Bank of Argentina, and former director of the Center for Central Banking Studies at the Bank of England. The article reflects the author's opinions and not necessarily the views of CGTN.

Much has been written, and even more has been said, about Argentina's impressive triumph in this year's World Cup tournament. Most of the media coverage, of course, has revolved around the Argentinian team's tactics and performance, the wild celebrations that followed the country's first world title win since 1986, and the potential political impact, given that the team's victory took place in an election year. But a more interesting question is what this sporting achievement can tell us about Argentina's economic instability over the past half-century.

Argentina's economic performance stands in stark contrast to its excellence on the football field. On one hand, Argentina is generally regarded as a missed economic opportunity, stumbling from crisis to crisis for decades and squandering valuable assets that could have made the country very prosperous. On the other hand, the country has a long and storied history of nurturing and maintaining top-level talent.

Sports are a case in point. While the national football team and its remarkable captain, Lionel Messi, are already the stuff of legend following their World Cup victory, their success is far from an anomaly. It was preceded by five previous appearances in the World Cup final and a historic title run led by Diego Maradona in 1986. But Argentinians' abilities go far beyond sports; the country is also the homeland of literary giants like Jorge Luis Borges, musical luminaries like Daniel Barenboim, and medical pioneers like René Favaloro.

Clearly, Argentina has a tremendous amount of human capital. In theory, that should have led to a thriving economy. What, then, explains the country's recurring macroeconomic crises? To my mind, the best explanation is Argentina's inability to gain and sustain competitiveness without periodically implementing large nominal exchange-rate devaluations. 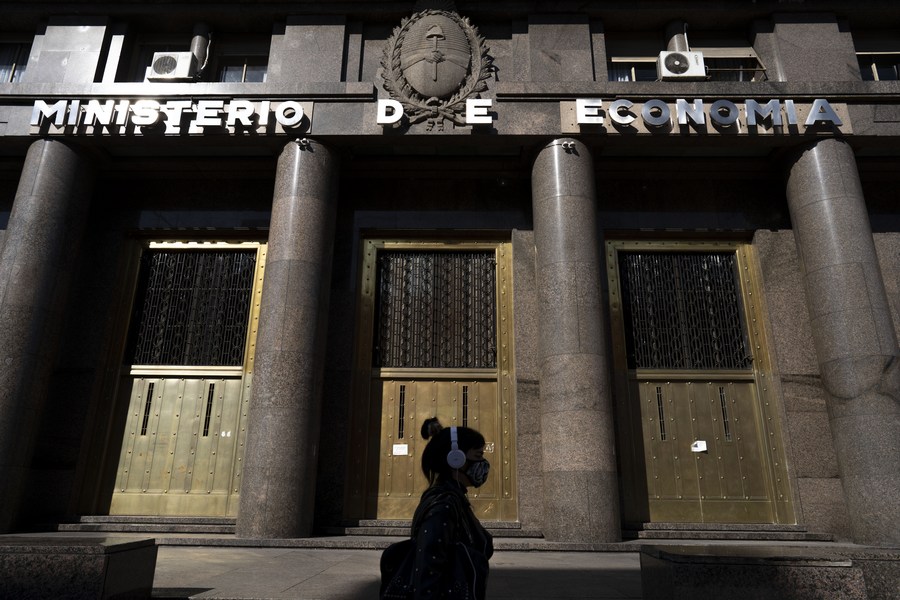 While nominal currency devaluations may lead to some short-term gains, an economy can become competitive only by improving productivity and profitability. That, in turn, requires investment and technological advancement, as well as a functioning legal system and certainty about the rules of the game. Argentina has not provided investors with such an environment, nor has it adequately protected property rights. On the contrary, the government has increasingly intervened in the economy over the last 50 years, reversing privatizations and imposing new taxes and exchange controls that have burdened foreign investment and other development channels. Argentina's rigid labor market, where trade unions encroach on companies' wage-setting processes, has hurt private-sector growth.

Together, these impediments help explain why Argentina's economy is less competitive than it could be, despite the emergence of prominent companies, such as the e-commerce retailer Mercado Libre, and flourishing sectors like the soybean industry. But these successes are outliers, and many Argentinians end up emigrating to countries where their abilities are more appreciated.

The Argentinian national football team is, once again, a case in point. Although most of the team's stars play abroad, they are happy to serve when called upon to don Argentina's blue and white uniform. But while the current government has grudgingly accepted the players' status as national heroes and role models, many on the populist left regard their fellow expatriates as traitors.

Here, too, football can teach us some valuable lessons. For starters, there is no political interference in selecting players for the national team. To be sure, Argentina's polarized politics is reflected in the relationships among the country's football clubs and within the powerful Argentine Football Association, which essentially "owns" the national team. Nonetheless, the team's members are selected by a non-political professional manager. This limited interference, which has been crucial to the team's latest triumph, is possible only because millions of Argentinians feel that they have a stake in the team's success.

But we should keep in mind that the Argentinian team has not always been successful. It took 36 years to find the leadership and management needed to win the World Cup. While avoiding political influences was crucial, the players' professionalism and their respect for Messi, for head coach Lionel Scaloni, for each other, and for the rules of the game were equally important.

To break the never-ending cycle of macroeconomic crises and to regain its competitiveness, Argentina can draw inspiration from its national football team. The players' pride and sense of belonging, as well as the tenacity and perseverance they have shown, having lost their first World Cup match to Saudi Arabia, will be crucial to building a thriving economy that makes the most of top-level domestic talent. While Argentinians should learn from their mistakes, they can also learn a great deal from their successes.