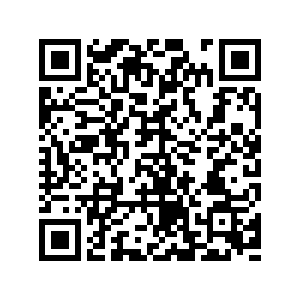 Many of those who are curious about Chinese culture have heard about kung fu. Also known as Chinese martial arts, kung fu is a fighting style that advocates virtue and peace, with its roots in ancient Chinese history and philosophy. Presently, in Quanzhou's Southern Shaolin Temple, a group of pupils are engaged in kung fu training with the noble goal of carrying the tradition forward. 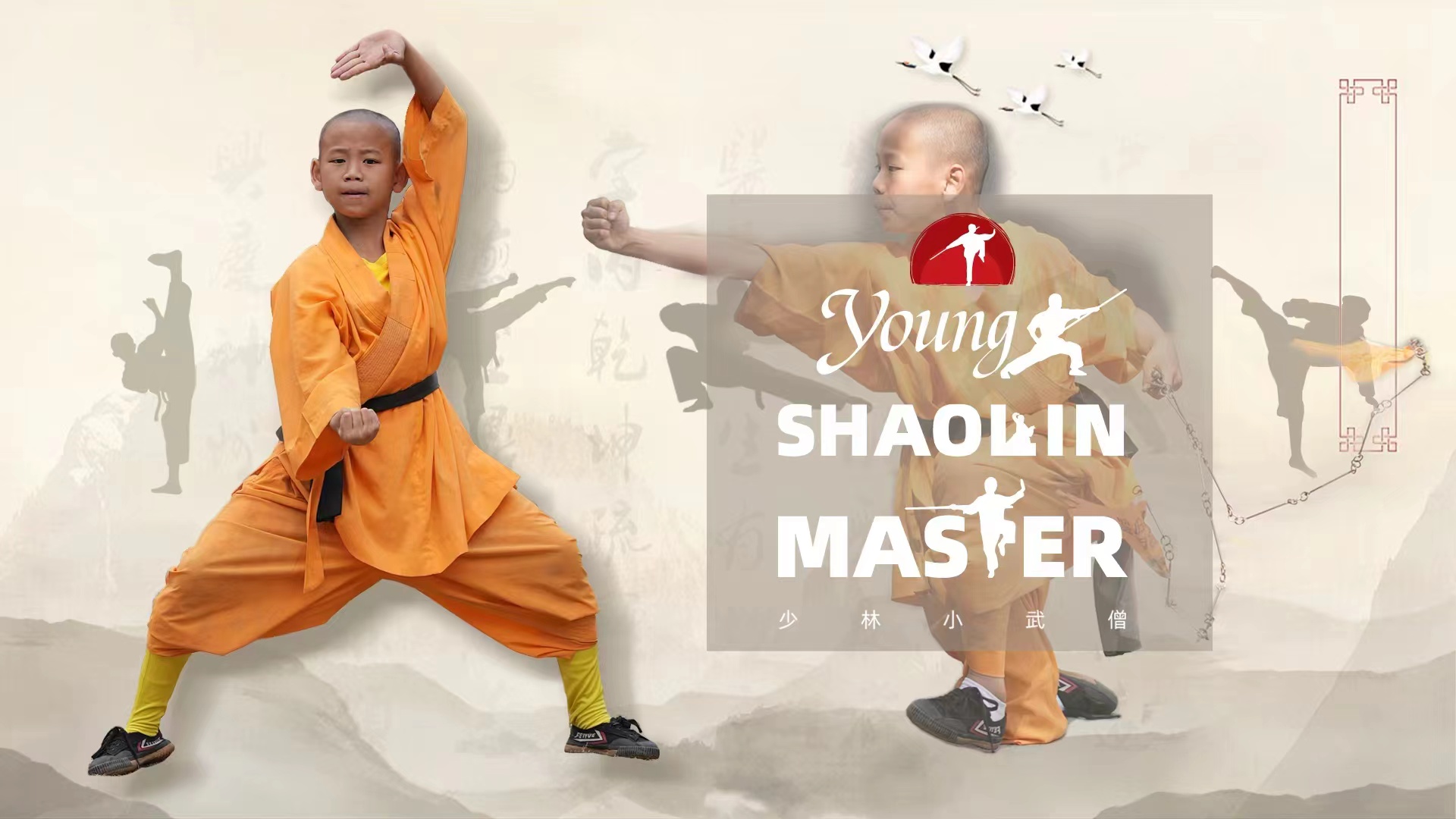 Quanzhou is an ancient port city in China's coastal province of Fujian. It has long been a place where people from around the world experience traditional Chinese culture.

Originated in the Shaolin Temple in Henan, the Shaolin Kung Fu style is considered an important style in China and is widely followed around the world. Legend has it that a group of Shaolin Kung Fu masters came to Quanzhou and set up the southern branch. 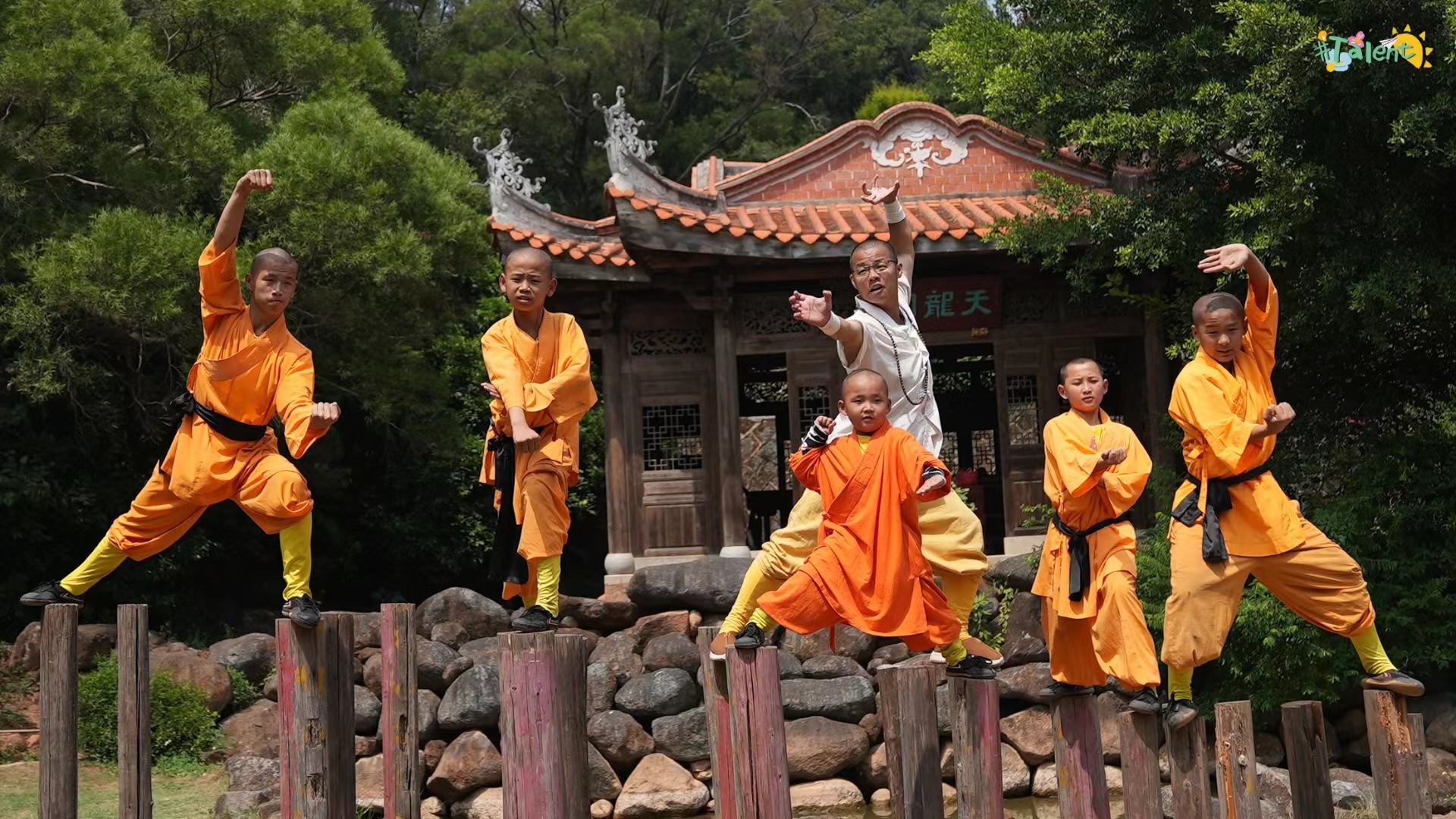 Kung fu pupils practice with their master on the wooden blocks at the Southern Shaolin Temple in Quanzhou.

Kung fu pupils practice with their master on the wooden blocks at the Southern Shaolin Temple in Quanzhou.

Xu Haican became a pupil at the Southern Shaolin Temple two years ago. "I used to watch kung fu movies when I was little and I fell in love with it," Haican said with a smile on his face. "So I'm happy to finally be able to learn it."

The temple is open to kung fu lovers of different ages and has even had students from overseas. Master Shi Licheng is Haican's teacher. For this cohort of boys aged 5 to 16, Licheng teaches them not only kung fu, but also traditional Chinese arts such as calligraphy and tea appreciation. He hopes that these experiences can "strengthen their bodies as well as their minds."

But the pupils' core learning area is the southern Wuzu Fist. It is typical to southern Shaolin Kung Fu and was officially listed as a form of national intangible cultural heritage in China in 2008. 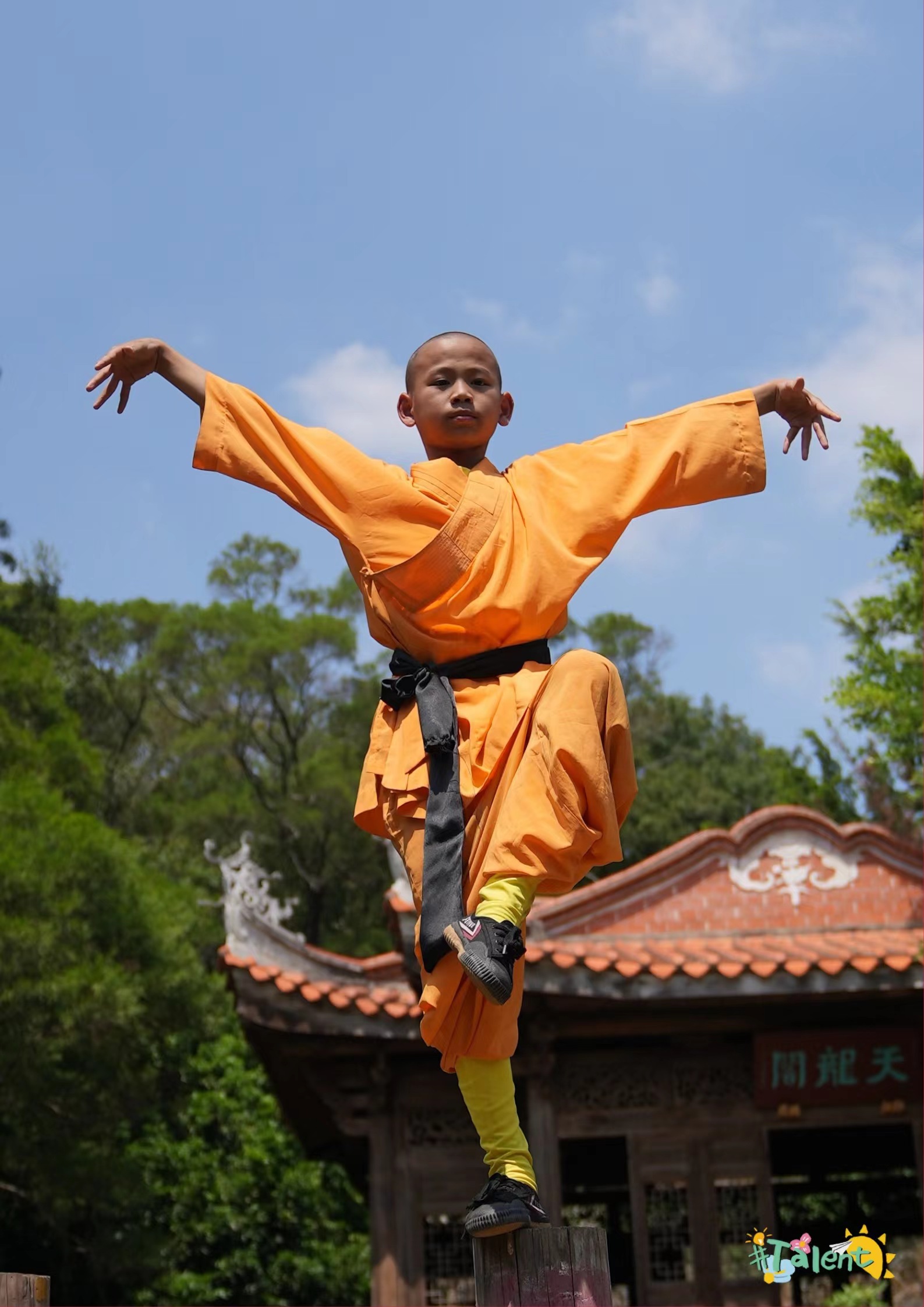 Licheng says that Haican's wuzu fist ability has reached a good level in a short time. The technique has given him strength of body and mind, as each movement needs to be powerful yet calculated. Haican is often called on to demonstrate moves to the younger pupils.

Haican can also proudly wield the nine-section chain and perform the monkey fist. "I enjoy learning kung fu with my classmates. I also like helping the young ones," Haican said, looking at Wenxuan, the youngest kung fu pupil at the temple. Living together and helping each other have given the boys a sense of maturity and inter-dependence. 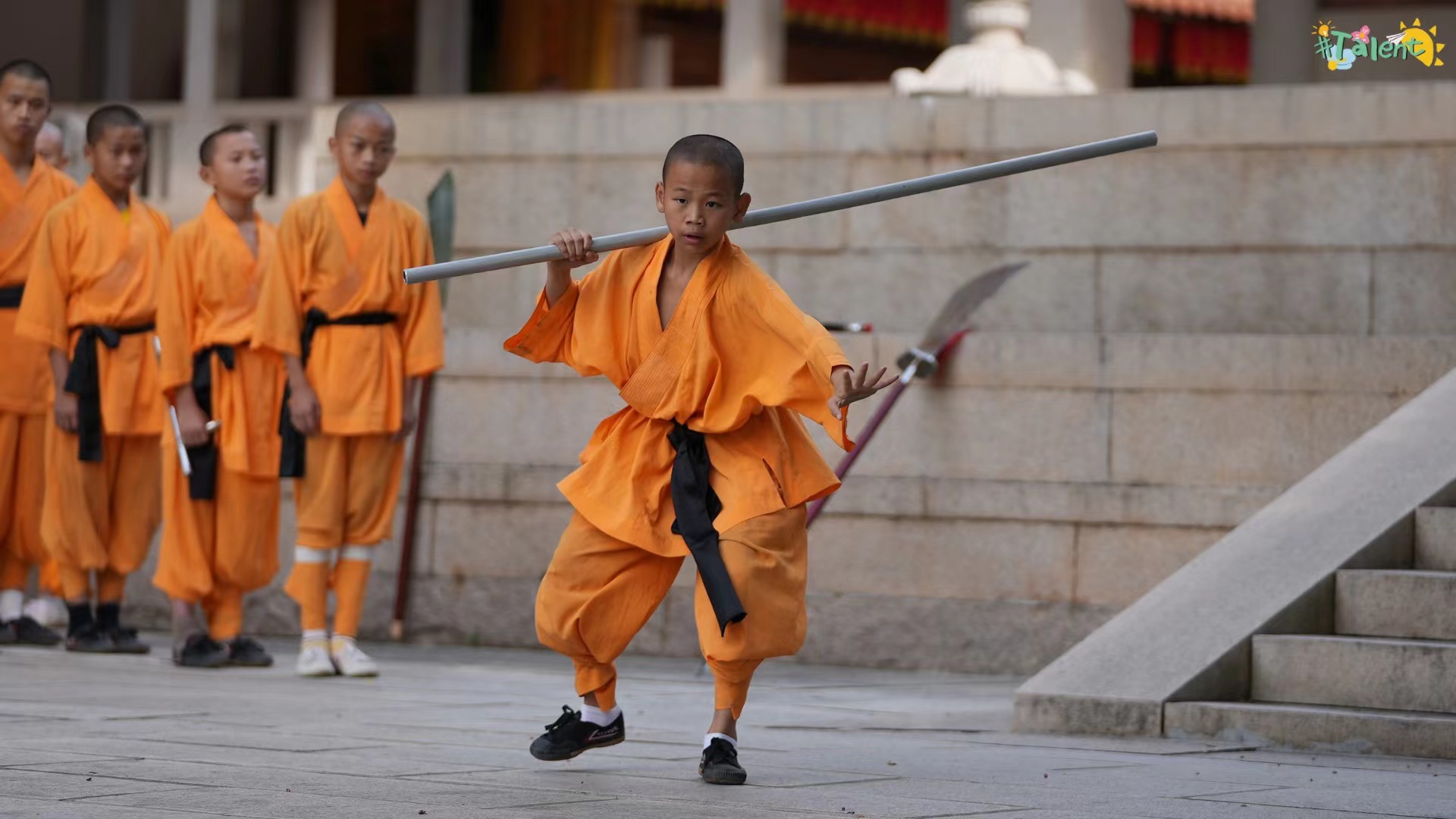 Xu Haican during a performance.

Xu Haican during a performance.

The Southern Shaolin Temple in Quanzhou plans to keep the kung fu pupil program going, so more and more young people can have a taste of this traditional Chinese defense form. As for Haican, he wishes that one day he can be as good as his teacher Licheng.