The Chinese people have worked together and pulled through difficulties in the past year, Chinese President Xi Jinping noted in his New Year address on December 31. He said the officials and the general public, particularly medical professionals and community workers, bravely stuck to their posts during the pandemic.

Thanks to the diligent work of the people from all walks of life, China maintained the upward trend of its economic recovery and kept employment and prices stable in 2022.

In a recent survey jointly conducted by CGTN Think Tank and the Chinese Institute of Public Opinion at Renmin University of China, a majority of the respondents showed a positive impression of the Chinese people. 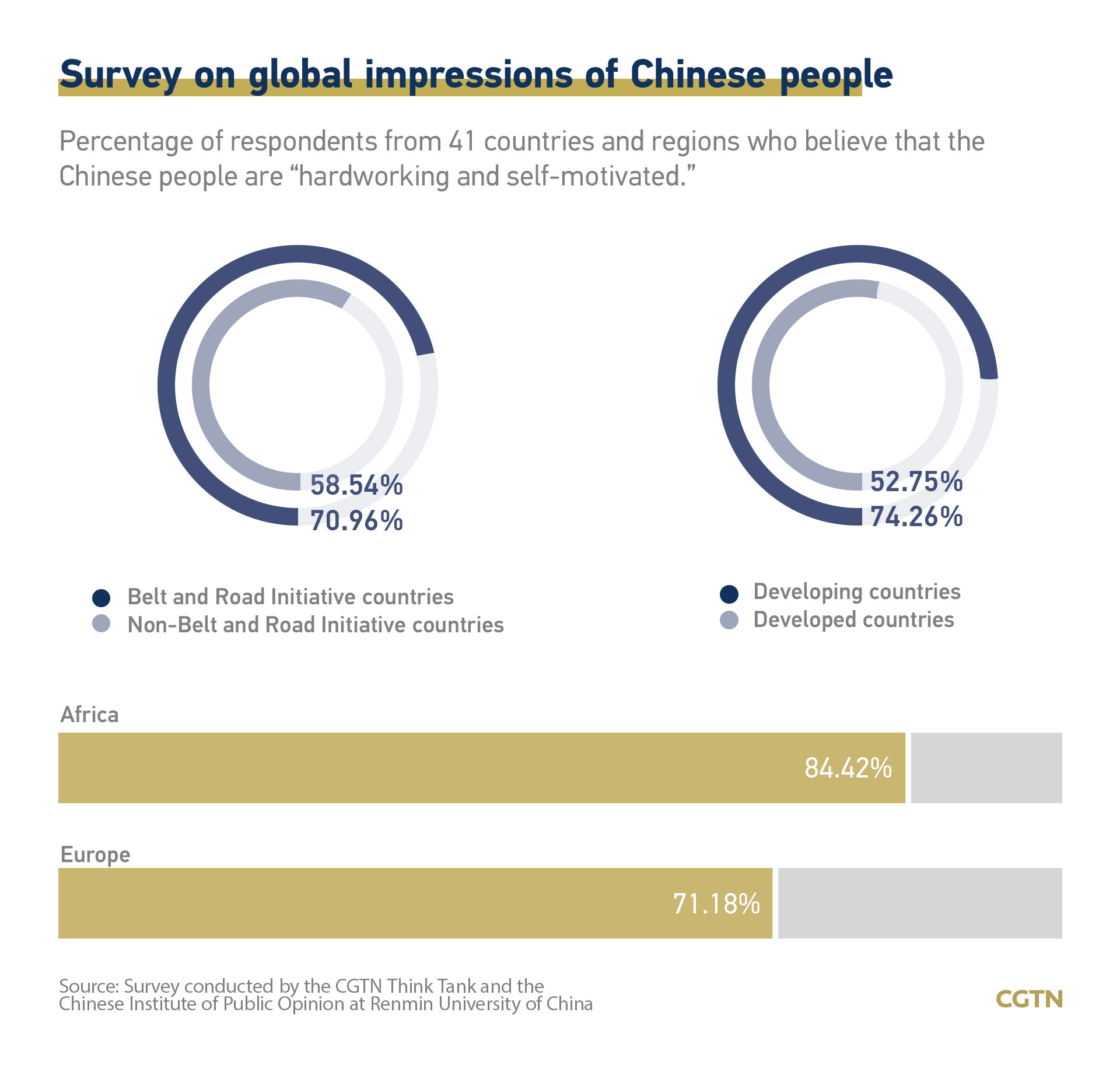 "Hardworking and self-motivated" ranked first in the impressions of the Chinese people by the respondents, of which 84.42 percent of the respondents from Africa and 71.18 percent from Europe said they were deeply impressed by these traits.

Meanwhile, 70.96 percent of the respondents from the countries along the Belt and Road and 74.26 percent from developing countries shared the same view.

The survey covered 41 countries and regions, representing 65.2 percent of the world's population. The respondents also said that the Chinese people are proud of their country and become more confident in their own culture.