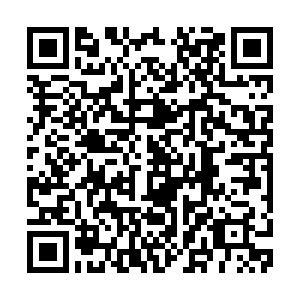 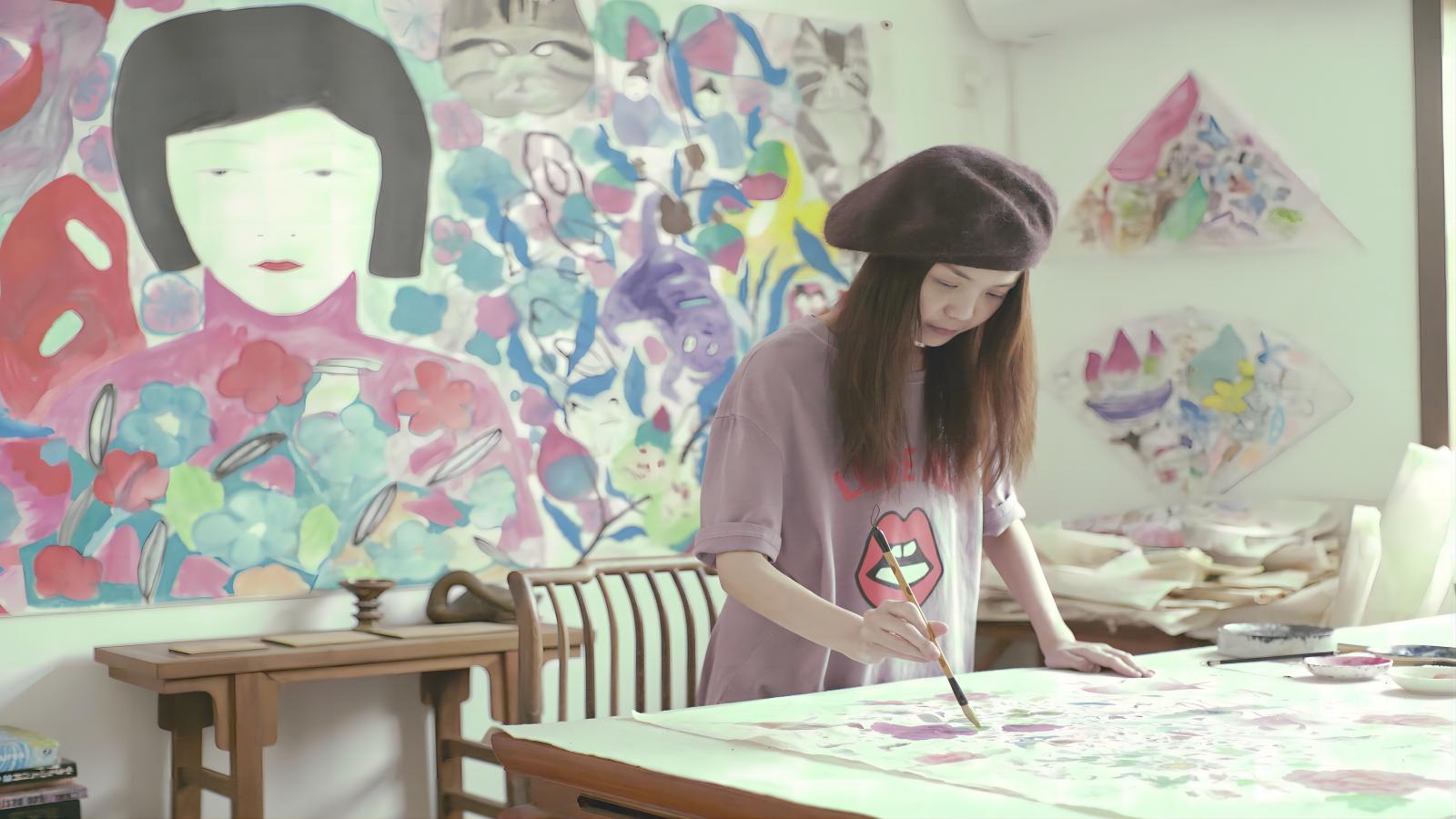 "I've always been a little bubbly, charming and whimsical. Even now, I still feel like I'm six or eight years old, very simple and pure — so I especially hope that in my paintings, I can reflect these kinds of innocent feelings. Maybe when I am 80 or 90, I will still be a lovely little grandmother," Wang Mengsha said.

Winning the title of The Top 100 Most Favorite Artworks of the Year by "Bazaar Art" magazine in 2011, Wang's paintings are appreciated by Chinese art lovers and recognized by the Western world. One of Wang's paintings, "The Shade of Blossoms," was chosen to be a permanent exhibit at the collection of the University of Cambridge, one of the most prestigious universities in the world. 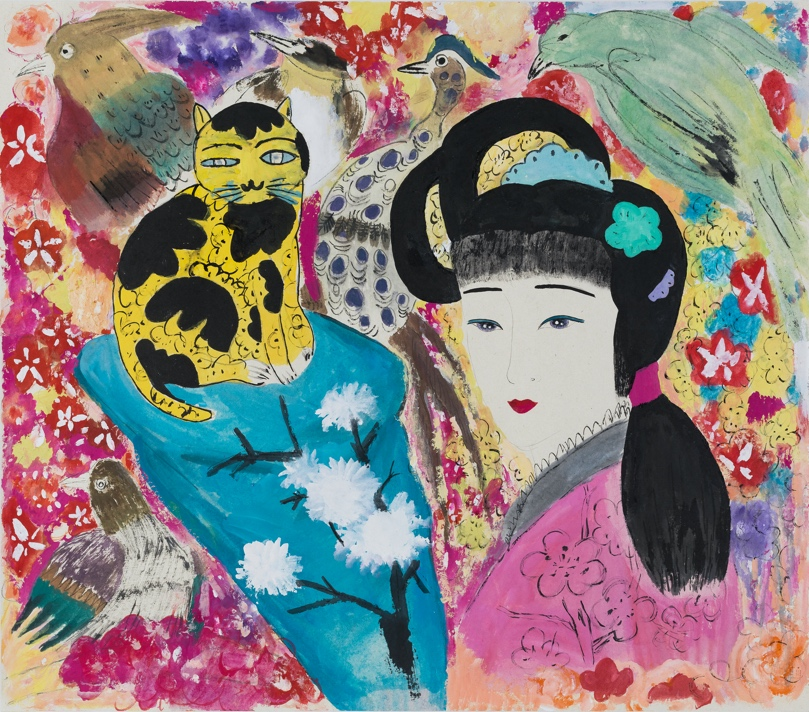 Painted by Wang Mengsha, Inebriated Under the Shade of Blossoms, is acquired by the University of Cambridge. /Wang Mengsha

Painted by Wang Mengsha, Inebriated Under the Shade of Blossoms, is acquired by the University of Cambridge. /Wang Mengsha

"This painting is called 'Inebriated Under the Shade of Blossoms' and has been acquired by the University of Cambridge. I feel very honored because they are very selective in the artworks they collect from around the globe every year," said Wang.

"There was an ancient beauty strolling in the garden. She saw the magnificence of the spring, and then she looked back and smiled," Wang explained. "I think it appeals because it is not only very Chinese but also very global in outlook. As a contemporary Chinese artist, I'm very honored that my painting was selected by one of the world's top universities. It shows that Chinese art is going global and our country is standing on the world stage and speaking freely."

"I developed a love for the classics while learning line drawing and calligraphy from an early age, so I think traditional things are deeply rooted in my subconscious," Wang said. "Why shouldn't we revive ancient forms through modern thinking? The blend of the ancient and the contemporary can be extremely emotive."

"There are a lot of things we can learn and absorb from Chinese traditional culture. I use ink, which is very Chinese. Also, my strokes use techniques from Chinese calligraphy, which is different from Western sketch lines. I also use azurite and malachite green, which differ from Western acrylics, watercolors, and gouache," said Wang. In ink painting, the relationship between pen and rice paper is very subtle and delicate, which is beyond the scope of most Western art. So, Wang applied these coloring methods and materials to her paintings.

Born in the early 1980s, Wang Mengsha grew up in Wuxi, in eastern China's Jiangsu Province. Influenced by the long-standing cultural atmosphere of the nearby Taihu Lake and her father, a traditional Chinese painter, she was nurtured in Chinese ink and brushwork since childhood.

"My father is not only an artist but also a collector. His collection mainly includes works following the Four Treasures of Chinese Study from south of the Yangtze River, such as inkstone and porcelain. When I was young, I felt the patterns on them had a sense of mystery from the distant east, which opened up my imagination and creativity at that time. My father passed on his calligraphy skills to me. But I didn't want to follow in his footsteps," said Wang.

"This is the spring scenery beside Taihu Lake in my hometown. I grew up south of the Yangtze River, and the pavilions, small bridges, flowing water, and people in this region have deeply affected me. Here, I travel to ancient times and then walk in a kaleidoscope-like garden so that the audience can gain an insight into a distant and magical ancient way of life," she said.

Wang believes the relaxed lines and the rhythmic color blocks are warm and comforting. They offer the viewer relief from stress. The arrangement is like the essence of Chinese painting, very emotional. Chinese paintings stress growth, that is, the logical rule of life: One is the child of the divine law. After one comes two, after two comes three, and after three comes to all things. "When I paint, my paintings are never drafted. I think this randomness is the most touching thing about Chinese painting," she said.

"I always think it would be good if something very big could become very small … small enough to fit in the palm of my hand. In fact, many Chinese literati like to play with small utensils. For example, there's a Chinese idiom, "Sun and moon in the pot," which is used to describe a leisurely and quiet life. To me, the sun, moon, and stars can all gather in a small space. This is not my innovation. The ancients already thought a lot about this," said Wang. 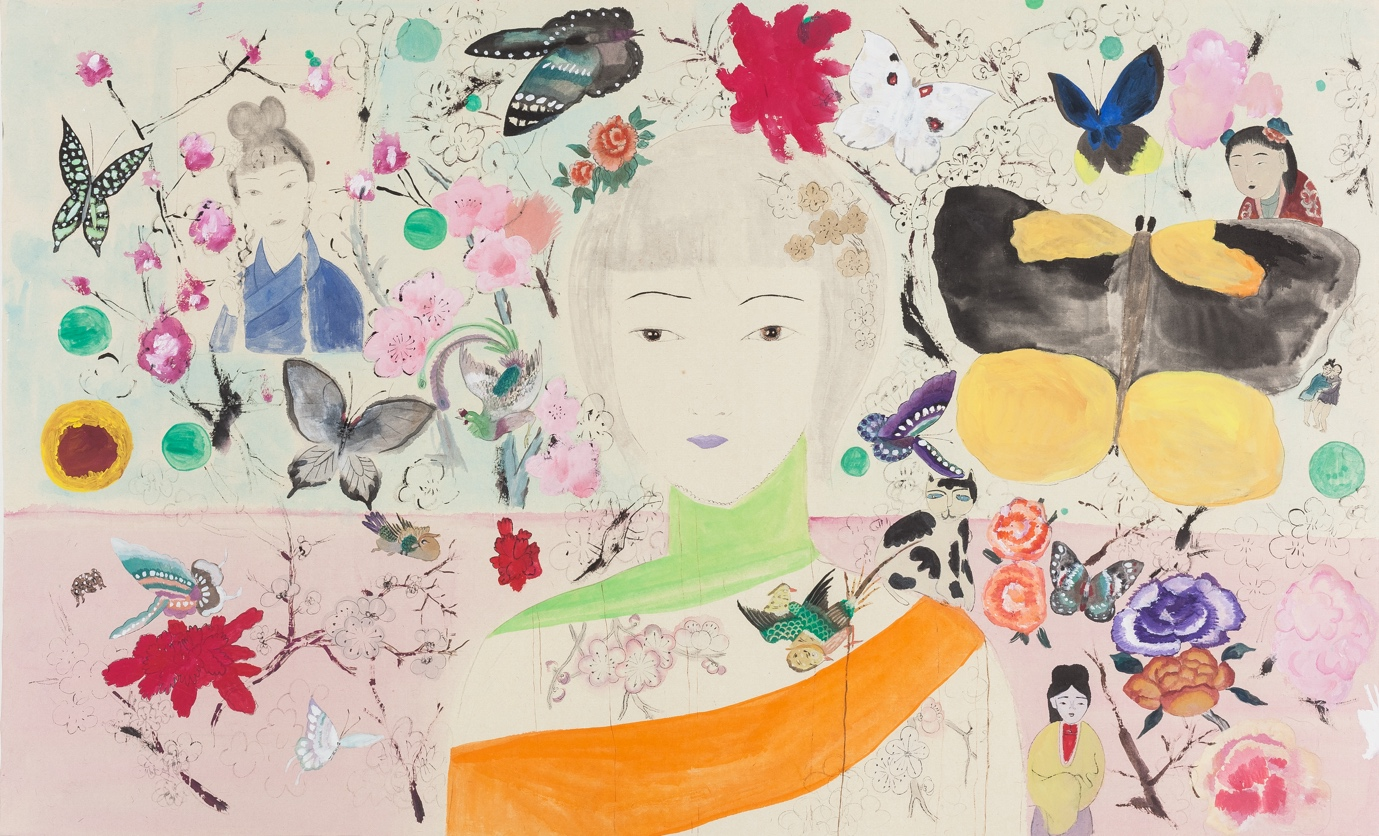 "This painting is part of the Utopia series. This girl may be me in another world. In this world, I may walk in dreams. These butterflies may be bigger than people, especially in the world I anticipate," said Wang.

"I remember when I was studying in the UK, my professor once told me that you are Chinese, why not study in China as Chinese art has already developed to such an extremely high standard. I didn't understand his words at that time, but several years later, I realized he was right. The painting styles of the Song and Yuan dynasties were ahead of their time. The transition from concrete ideas to abstract art was practiced in ancient times in China long before it was adopted in the West. My overseas education has influenced my perception of Chinese and Western art and helped me develop a more connected perspective," Wang said. "I took much inspiration from the experience. It made me decide that the only thing that can represent Wang Mengsha is rice paper and a brush."

Wang Mengsha's ink painting works are neither conservative nor superficial imitations. In this new era, her works offer an innovative twist on the spirit of contemporary Chinese ink painting.