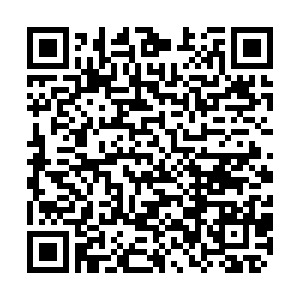 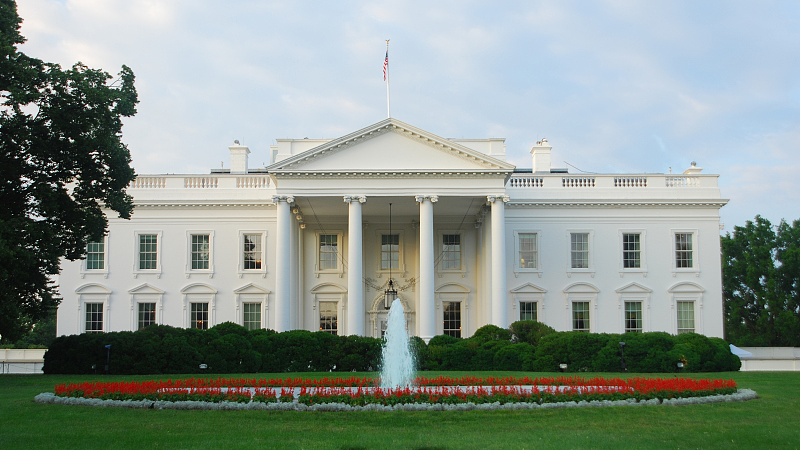 Before or at the start of a new year, world leaders deliver messages of peace and prosperity, wishing people a brighter future and pledging to guide their nation toward a stable and prosperous future. But the U.S. presidents welcomed the next year by enforcing the National Defense Authorization Act (NDAA).

In December 2019, then U.S. President Donald Trump approved a mammoth $738 billion defense bill including the war budget; U.S. Senate unprecedentedly overrode his veto to authorize $740 billion on New Year's Eve in 2021. U.S. President Joe Biden signed the $770 billion NDAA at the end of 2021, which required him to focus on strategic competition.

On December 2022, Biden endorsed another whopping $858 national defense topline for the fiscal year 2023 into law. It marked about a 10 percent increase in military spending and exceeded $45 billion than originally requested to accelerate implementation of the U.S. National Defense Strategy (NDS) that prioritizes strategic competition with China in the Asia-Pacific.

Released in October, the primary focus of the NDS like the National Security Strategy is great power competition and competition with Beijing remaining a "defining feature" of the China-U.S. relationship for the Chinese economic engagement and strategic engagement with the Asia-Pacific and elsewhere is knocking over the U.S. militaristic ambitions.

The NDAA swaps the "Taiwan Policy Act" with the "Taiwan Enhanced Resilience Act." As the bill "dramatically" enhances the U.S. security partnership with China's Taiwan region by establishing a specific defense modernization program for the first time, it contradicts Biden's pledge to ensure China-U.S. competition doesn't veer into a conflict and sharply raises the likelihoods of miscalculation.

It identifies $11.5 billion of investments to support the Pacific Deterrence Initiative objectives and authorizes another $1 billion to the U.S. "Indo-Pacific Command" to implement its "free and open Indo-Pacific plan" in addition to allocating funds for the U.S. Africa Command and seeking integrated air and missile defense cooperation with the Middle East and authorizing full-year budget request for the European Deterrence Initiative.

The NDAA suggests America, through bipartisanship, attempts to bisect the world into security and trading blocs. This reveals an intense U.S. obsession to suppress Chinese economic and technological advancement and disintegrate Beijing's relations with countries of diverse regions to maintain its global military and economic supremacy.

But not many governments fancy a strategic competition since China plays a crucial role in global trade and international stability. China is a driver of international growth and integral part of the global ecosystem; it has also been pivotal in the development of several Asian and African economies, as well as is a supplier of critical technologies to Europe.

The U.S.'s quest to make every region a battleground of strategic competition brings downside risks to the transatlantic relationship given its coercive strategy vis-a-vis European companies to "choose" between two markets will face strong resistance. Biden's export controls may outsmart innovation capacity of local industries; his CHIPS and Science Act aka "friend-shoring" is stripping allies of high-tech production facilities with the Inflation Reduction Act urging an urgent response from Europe. 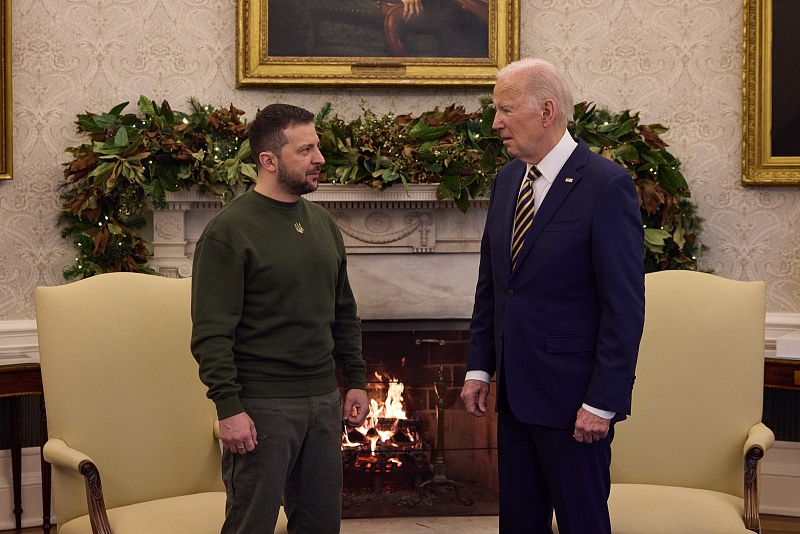 Washington wants a dependent European Union to lean toward the U.S. Biden is exploiting the Ukraine conflict to kill the bloc's strategic autonomy and highlight America's indispensability; French President Emmanuel Macron recently blew up the perception by seeking to reduce reliance on America and gaining "more autonomy on technology and defense capabilities."

During his term, Trump rejected globalism, shook foundations of the global trading system and used every means to undermine international cooperation. By continuing on with his protectionist policies, Biden supports a nationalist strategy and militarized approach that will push the U.S. away from global cooperation on challenges such as poverty, food and energy crises, climate change and peace.

Inflation is sky-rocketing , many indigenous populations are vulnerable to climate change and at risk of illness and coastline is threatened to see the highest sea levels in 30 year; Biden's militarizing the foreign policy and pouring money into the Pentagon that "has never passed a single audit and can't account for over half its asserts."

Biden is placing his military – world's largest institutional greenhouse gas emitter, violating human rights even in ally-states "with virtual impunity" – ahead of the American people for his self-styled strategic competition. The wasteful spending sums up his "protect" and "promote" approach is driven to limit China's peaceful rise.

In contrast, China has already launched the Global Security Initiative, which is consistent with the UN Charter of international peace and security, to combat threats to peace, supported globalization, proposed the Global Development Initiative and is working with more than 100 countries and organizations to fast-track the implementation of the UN 2030 Agenda for Sustainable Development.

Rather than trying to check China's growth, undercut Chinese cooperation with the world and disrupt peace of the Taiwan Strait – the U.S. should address growing domestic polarization and social unrest and focus on pressing global challenges, threatening America and the world alike.

For revitalizing the international cooperation in 2023, the Hangzhou Consensus, adopted at the 2016 Hangzhou G20 Summit could be a starting point for leaders there demonstrated "solidarity and resolve" against terrorism, agreed to foster "an interconnected and inclusive" world economy; pledged to address climate change and rejected protectionism.

Competition, strategic or geopolitical, isn't what the world needs going forward. In 2023, global leaders should resume dialogue to deal with the looming hard challenges no country or select group of countries can handle alone. Should America come out of the zero-sum competition mode, it will set the tone for wider international cooperation. China and the U.S. are two important global powers and cooperation, from trade and technology to security, between them is critical to break the endless chain of international threats.