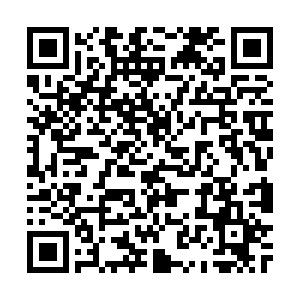 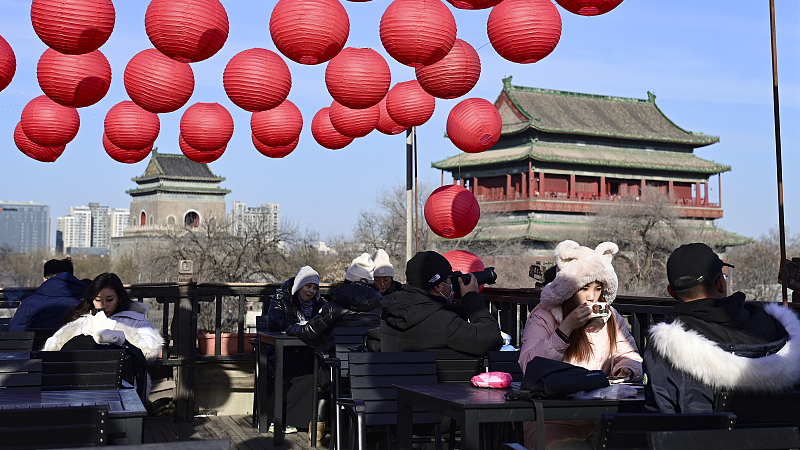 People sit outside a cafe in the scenic area of Shichahai in Beijing, China, January 1, 2023. /CFP

People sit outside a cafe in the scenic area of Shichahai in Beijing, China, January 1, 2023. /CFP

China recorded 52.7 million domestic tourist trips during the three-day New Year holiday, up 0.44 percent year on year, according to the Ministry of Culture and Tourism on Monday.

Tourism revenue during the holiday period reached over 26.5 billion yuan ($3.8 billion), up four percent from the same period last year, according to the ministry.

China's cultural and tourism market remained stable and orderly during the holiday, which ended on Monday, it added.

Short-distance tours were especially favored by travelers during the period, with sustained popularity for ice and snow activities, camping, and role-playing games among young people, the ministry noted.

Over the holiday season, Beijing's tourist and cultural activities returned to pre-COVID-19 levels.

Approximately 2.7 million people visited the city's 151 key scenic spots from Saturday to Monday, reaching 86.4 percent of the number registered during the same period of 2019, according to the Beijing Municipal Bureau of Culture and Tourism.

The tourist attractions in Beijing reported total revenue of 248 million yuan, up 44.5 percent from 2019, the bureau said.

The city's 75 theaters held 303 commercial performances during the holiday, roughly on par with the number held in 2019.

Expectations for a strong recovery in tourism have run high since China further optimized its COVID-19 approach in December 2022, scaling back mandatory testing and lifting most travel restrictions.

Data from the ministry also showed a steady recovery in the country's medium- and long-distance travel. Some online travel agencies reported a marked increase in ticket bookings for cross-provincial and cross-border travel over the holiday.

During the three-day holiday, data from Alibaba Group's travel platform Feizhu showed that nearly 80 percent of orders were for intercity or cross-provincial travel.

Among the most popular destinations for cross-provincial travel were warm places such as South China's Hainan island and Southwest China's Yunnan Province.