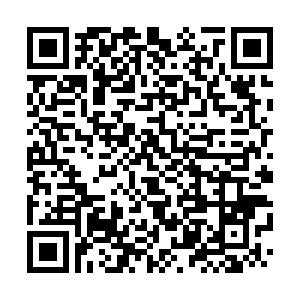 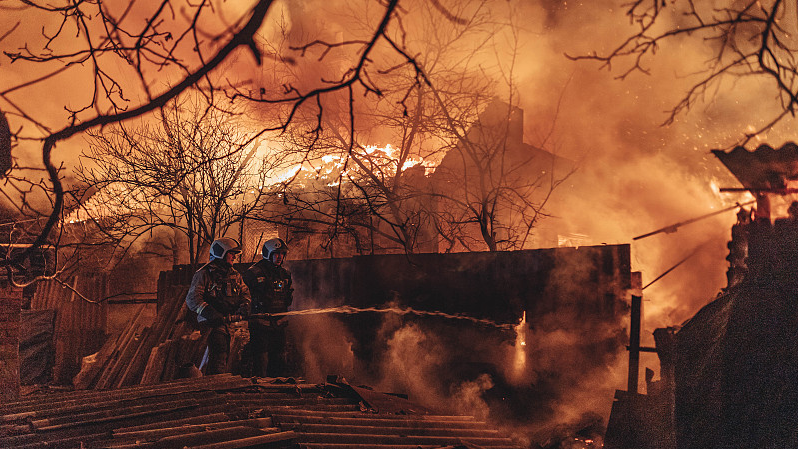 A fire after shelling on the Bakhmut frontline in Ivanivske, Donestk region, January 2, 2023. /CFP

A fire after shelling on the Bakhmut frontline in Ivanivske, Donestk region, January 2, 2023. /CFP

Over 60 Russian troops were killed on New Year's Eve by Ukrainian missile strikes, Russia's Defence Ministry said during a briefing on Monday, adding the bombardment hit temporary barracks at a former vocational college in Makiivka, the twin city of the Russian-controlled regional capital of Donetsk.

Ukraine said the Russian death toll was in the hundreds, though pro-Russian officials called this an exaggeration.

Moscow disclosed that four rockets fired from U.S.-made HIMARS launchers hit the site, and two rockets had been shot down. The attack happened precisely at 0:01 am on New Year's night while the servicemen were celebrating.

Defense Ministry spokesman Lieutenant General Igor Konashenkov said that all necessary assistance and support will be provided to the families of the fallen troops.

Russia's Foreign Ministry earlier condemned Washington for not only supplying sophisticated weapons to Kyiv but also providing the Ukrainian military with intelligence about the location of the Russian forces.

Grigory Karasin, a member of the Russian Senate and former deputy foreign minister, not only demanded vengeance against Ukraine and its NATO supporters but also "an exacting internal analysis."

Sergei Mironov, a legislator and former chairman of the Russian Senate, demanded criminal liability for the officials who had "allowed the concentration of military personnel in an unprotected building" and "all the higher authorities who did not provide the proper level of security."

Ukrainian President Volodymyr Zelenskyy did not address the strike in his nightly speech on Monday. 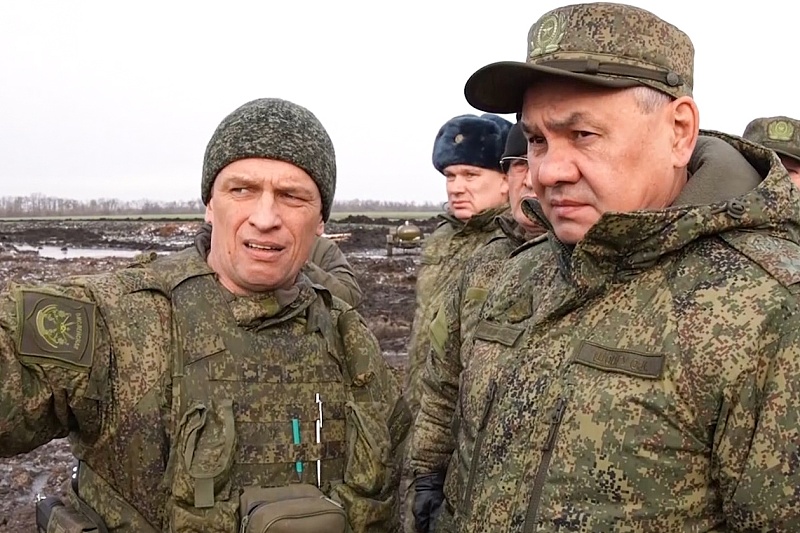 Separately, Ukraine said on Monday it had shot down all 39 drones Russia had fired in a third straight night of air strikes in the capital Kyiv and other cities, adding this means that Russia's tactic to knock out Ukraine's energy infrastructure was increasingly a failure as Kyiv had beefed up its air defenses.

Besides, Kyiv on Monday struck an energy facility in Russia's Bryansk region, leaving a nearby village without power, according to Aleksandr Bogomaz, the regional governor. He said there were no fatalities or injuries resulting from the incident, but the energy facility caught fire. The blaze has been localized, and repairs will begin as soon as it's fully extinguished, he added.

Since the start of the Russia-Ukraine conflict in February last year, Ukrainian forces have carried out numerous drone and mortar attacks on the Russian border regions of Bryansk, Belgorod and Kursk, which mostly targeted Russian energy infrastructure and residential areas. And the Russian side has recently turned to mass air strikes against Ukrainian cities.

After firing dozens of missiles on December 31, Russia launched more than 80 Iranian-made Shahed drones on January 1 and January 2.

Zelenskyy said on Monday that Russia is planning a protracted campaign of attacks to "exhaust" Ukraine, adding the number of attacks "may rise in the very near future. In the weeks to come, the nights could be far from peaceful." 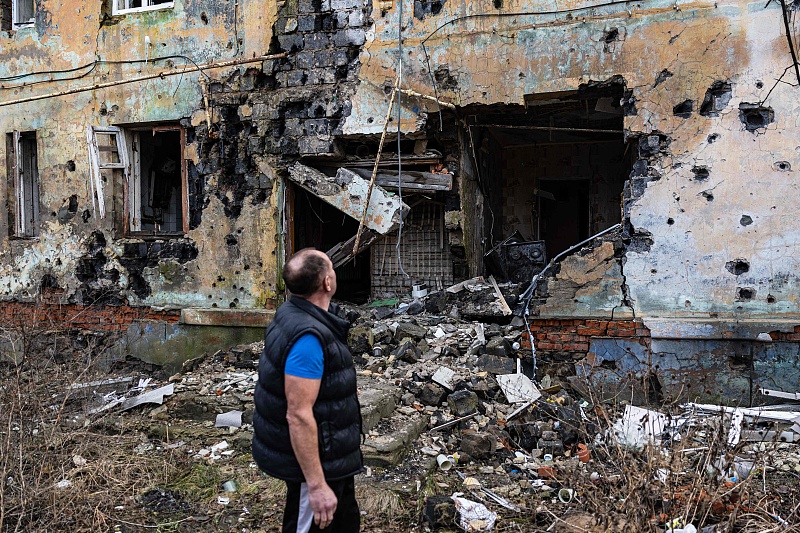 A man checks destruction around his shelter in the city of Izium, Ukraine, January 2, 2023. /CFP

A man checks destruction around his shelter in the city of Izium, Ukraine, January 2, 2023. /CFP

Meanwhile, a senior former German army and NATO general has given prediction that a ceasefire in the Russia-Ukraine conflict can be expected during 2023 and even as early as mid-year.

General Hans-Lothar Domrose told the newspapers of the German Funke media group on Sunday that the Russia-Ukraine conflict will run into a stalemate in early summer, arguing that by such time, both sides will feel that continued fighting is "no longer of any use," adding that this will be the moment to begin ceasefire negotiations.

"We will have a truce sometime in 2023," Domrose said, cautioning that this would not mean an immediate lasting peace. "A ceasefire means: We stop shooting," he said, but negotiations are "likely to take a long time."

Regarding the current state of the conflict, Domrose said that Russia has the advantage of having "more tanks and more missiles," while Kyiv is "absolutely dependent" on Western arms supplies, which Moscow argues only serve to prolong the conflict.

The general said that the only way to end the conflict is through a negotiated agreement acceptable to both sides, suggesting that a possible solution could be for Zelenskyy to waive Kyiv's demand to immediately integrate Crimea into Ukraine instead of agreeing to a "transition period" of 50 years.

However, Moscow previously indicated that negotiation only happens when Ukraine considers "the new realities," a reference that Ukraine must recognize Russia's sovereignty over the Donetsk, Lugansk, Kherson and Zaporozhye regions, a prerequisite for any peace negotiation.