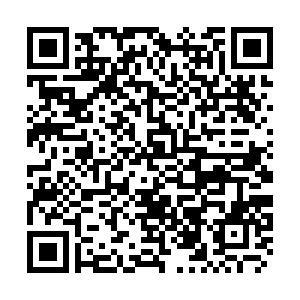 Chinese Foreign Ministry spokesperson Mao Ning told a press briefing on Tuesday that it was unacceptable for some countries to adopt excessive entry restrictions that target only travelers from China, as the measure of COVID-19 response lacks scientific merit.

"We firmly oppose the practice of manipulating epidemic prevention and control measures for political ends, and will take corresponding measures in the principle of reciprocity," Mao said.

Some countries, including the United States and Japan, have recently decided to impose additional COVID-19 tests for travelers from China, citing concerns over surging infections and possible new variants.

However, global public health experts have dismissed such concerns.

The current infections in China are "mainly due to strains that have been circulating in the rest of the world for the last few months without a major impact on the healthcare systems of any of the countries where they have been circulating," senior infectious diseases consultant Paul Tambyah from the National University Hospital of Singapore told The Straits Times.

In addition, it is believed that new variants can emerge anywhere in the world since COVID-19 continues to circulate in almost all countries and regions.

At Tuesday's briefing, Mao said given such analysis from health experts, there was no need to apply special entry restrictions against travelers from China.

China has always believed that countries' pandemic prevention measures should be scientific and appropriate, and should not get involved in political maneuvering, discriminatory practices or affect normal personnel exchanges and cooperation, she said.

The spokesperson also said Chinese authorities have released information on COVID-19 in a timely, open and transparent manner, and have shared the viral genetic data on recent infections in China through the Global Initiative on Sharing All Influenza Data.

In a recent virtual meeting, China's National Health Commission and the World Health Organization exchanged views on the current state of the epidemic, medical treatment, vaccinations and other technical issues, and agreed to maintain technical exchanges to facilitate an early end of the pandemic.