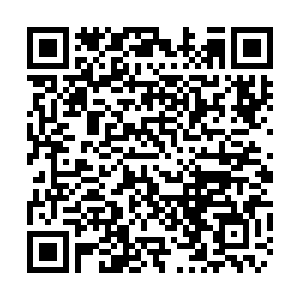 Jordan said on Tuesday that it condemns "in the severest terms" a visit by far-right Israeli National Security Minister Itamar Ben-Gvir to the al-Aqsa Mosque, also known as the Temple Mount, in East Jerusalem.

"Jordan condemns in the severest of terms the storming of the al-Aqsa Mosque and violating its sanctity," the foreign ministry said in a statement.

"The Temple Mount is open to all," Ben-Gvir said on Twitter, using the Jewish name for the site. An accompanying photograph showed him strolling at the periphery of the compound, surrounded by a clutch of bodyguards and flanked by a fellow Orthodox Jew.

An Israeli official said Ben-Gvir's 15-minute visit took place in accordance with a so-called status quo arrangement, dating back decades, that allows non-Muslims to visit on condition they do not pray. It passed without incident, the official said.

The rise of Ben-Gvir, leader of the Jewish Power party, to join a religious-nationalist coalition under re-elected Prime Minister Benjamin Netanyahu has deepened Palestinians' anger over the long frustrations of their goal of statehood.

The Palestinian foreign ministry said it "strongly condemns the storming of Al-Aqsa mosque by the extremist minister Ben-Gvir and views it as unprecedented provocation and a dangerous escalation of the conflict."

A spokesman for Hamas, a Palestinian Islamist group that rejects coexistence with Israel, said Al-Aqsa "will remain Palestinian, Arab and Islamic ... and no fascist can change this fact."

However, there was no indication that Ben-Gvir approached the mosque. Once an advocate of ending the ban on Jewish prayer at the compound, he has spoken in a more non-committal way about the need to enforce "non-discrimination" there since taking office.

Netanyahu, now in his sixth term as prime minister, has pledged to preserve the "status quo" around holy sites.

The Al-Aqsa compound, known to Muslims as the Noble Sanctuary, is Islam's third-holiest site. It is also Judaism's most sacred site, a vestige of two ancient temples of the faith.

(Cover: Israeli policemen stand guard before Muslim women praying by the Dome of the Rock as a group of religious Jews visit the site, known to Muslims as the Haram al-Sharif, at the Al-Aqsa mosques compound, also known as the Temple Mount, in Jerusalem on April 20, 2022. /CFP)