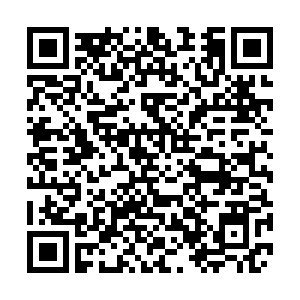 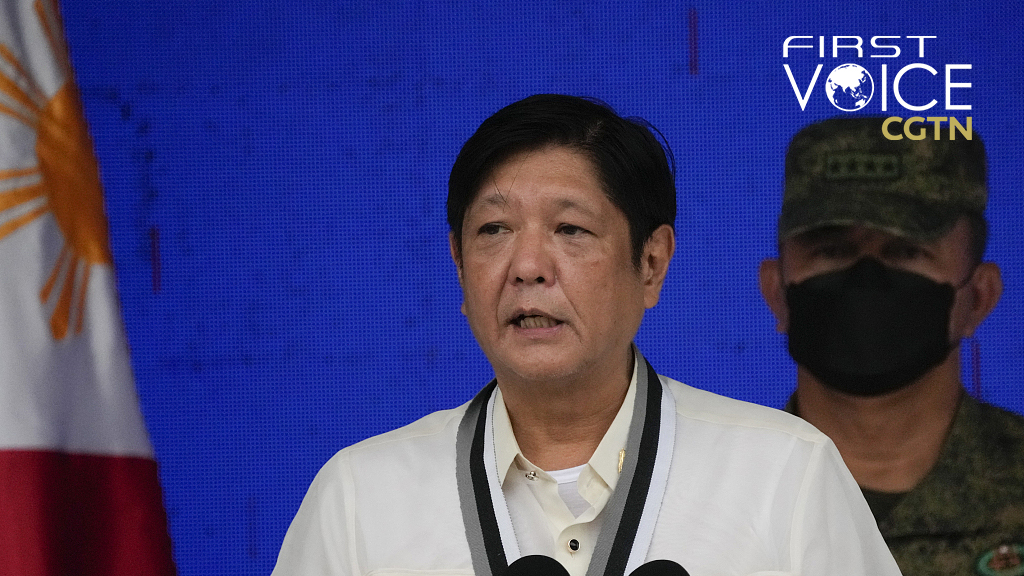 Philippine President Ferdinand Romualdez Marcos Jr. arrived in Beijing on Tuesday on a three-day state visit, becoming the first foreign head of state to be hosted by China in the new year. The visit, which will last until Thursday, is President Marcos' first to China after assuming office in June 2022 and his first official visit to a non-ASEAN country.

On Wednesday, Marcos will hold talks with Chinese President Xi Jinping and will also meet Premier Li Keqiang and Chairman of the Standing Committee of the National People's Congress Li Zhanshu. With both Xi and Marcos receiving fresh mandates last year, the state visit is expected to set the tone of bilateral relations between the two countries for the coming years.

Wednesday's meeting will be the second face-to-face meeting between Xi and Marcos in less than two months, following their bilateral meeting on the sidelines of the Asia-Pacific Economic Cooperation (APEC) CEO Summit in Bangkok, Thailand, last November.

"Leaders of the two sides will have in-depth exchanges of views on bilateral relations and regional and international issues of mutual interest and jointly chart the course forward for our relationship," Chinese Foreign Ministry Spokesperson Wang Wenbin said last week at a briefing to the media. 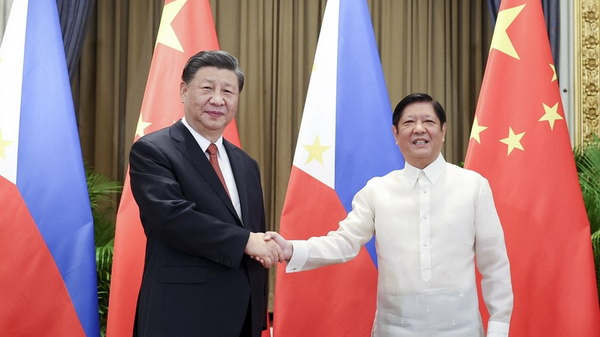 The Philippine leader's China visit "is also expected to… ensure continuity in many facets of the bilateral relationship and chart new areas of engagement," emphasized Neal Imperial, Assistant Secretary for Asian and Public Affairs at the Philippine Department of Foreign Affairs (DFA), ahead of the visit. "It is also expected to build on the growing trade and investment ties… as well as address security issues of mutual concern."

During the state visit, between 10 to 14 bilateral government agreements are expected to be signed in a broad range of areas including trade and investments, agriculture, renewable energy, infrastructure, development cooperation, people-to-people ties, and maritime security cooperation.

External interferences must be kept at bay

The Philippine leader's visit demonstrates the high importance the two countries attach to bilateral relations. It is also a strong sign that Beijing and Manila are working toward cooperation and communication, despite some Western media and politicians trying to drive a wedge between the two Asian neighbors.

Recent reports in a section of the Western media have attempted to hype the purported "maritime disputes" ahead of Marcos' China visit. A Bloomberg report accused China of "reclaiming land" around the Nansha Islands, a claim that was fervently refuted by Beijing as "completely untrue."

"Refraining from action on the presently uninhabited islands and reefs of the Nansha Islands is a serious common understanding reached by China and ASEAN countries in the Declaration on the Conduct of Parties in the South China Sea (DOC), and China always strictly abides by it," asserted Chinese Ministry Spokesperson Mao Ning last month. 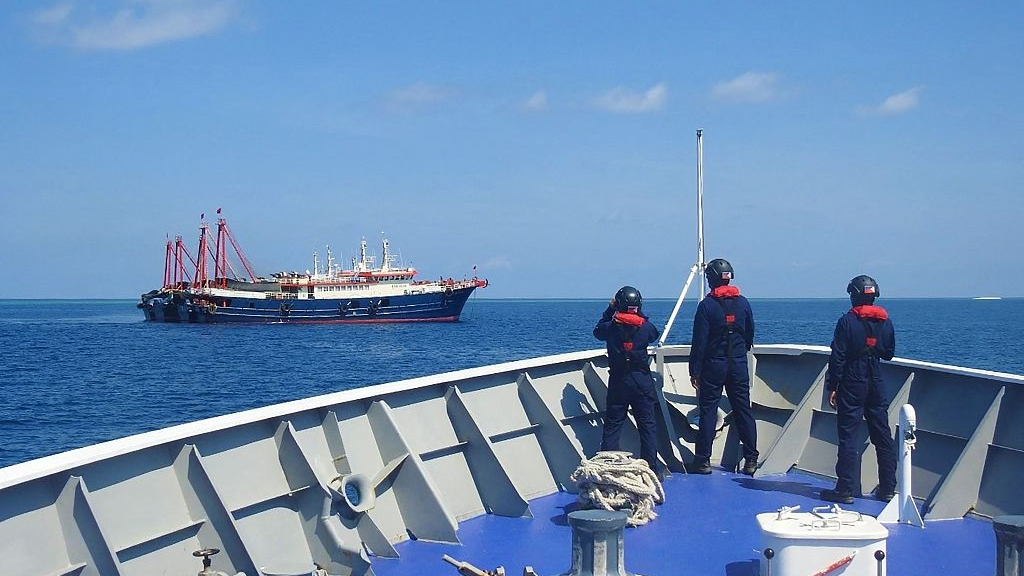 While these Western outlets habitually keep trying to create trouble in the region by hyping the "maritime dispute" disproportionately, the fact of the matter is that China and regional countries, including the Philippines, have shown strategic and diplomatic maturity to maintain overall stability across the South China Sea in the spirit of good-neighborliness.

The China-Philippines ties can't be viewed only with a narrow lens of the South China Sea issue as these Western outlets do, but needs to be seen in the context of substantial progress made as part of their comprehensive strategic cooperation in various fields.

While it can't be denied that there may still be a conflict of interests in some areas but the need for cooperation and mutual interests between the two sides far outstrips the differences. External interference must be kept at bay in the collective interest of the region.

It needs to be emphasized that the growth of China-Philippines relations currently enjoys sound momentum with the two sides vowing to handle maritime issues through friendly consultations. 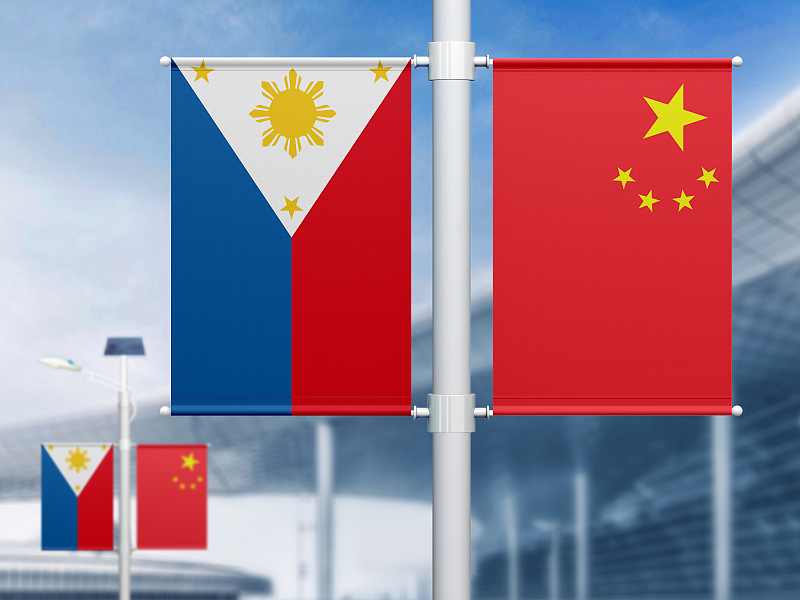 China is the largest trading and economic partner of the Philippines, accounting for 20 percent of the Southeast Asian nation's total trade. /CFP

China is the largest trading and economic partner of the Philippines, accounting for 20 percent of the Southeast Asian nation's total trade. /CFP

In recent years, with the concerted efforts of both sides, bilateral relations leapfrogged with fruitful practical cooperation, which has delivered tangible benefits for both peoples and contributed to regional peace and stability.

China is the largest trading and economic partner of the Philippines, accounting for 20 percent of the Southeast Asian nation's total trade. Beijing has also become an important player for inbound foreign direct investments and development assistance to the country, particularly in infrastructure projects.

Beijing and Manila have carried out nearly 40 intergovernmental cooperation projects as part of deepening cooperation under China's Belt and Road Initiative (BRI) and the Philippine "Build, Build, Build" (BBB) Program.

Looking forward, China and the Philippines have great potential for cooperation in infrastructure fields such as transportation, energy, digital economy, and also other areas including agricultural modernization, human resources, tourism, and new-energy development.

China is looking forward to working together with the Philippines to take President Marcos' visit as an opportunity to renew friendship, deepen mutual trust, and advance overall cooperation.

The Philippine leader's visit, in many ways, provides a timely chance to consolidate bilateral ties as good neighbors, good relatives, and good partners, while also improving the bilateral relationship and accelerating its growth, and ushering in a new "golden age" in bilateral friendship.