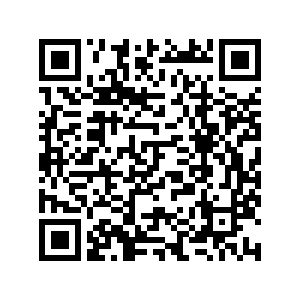 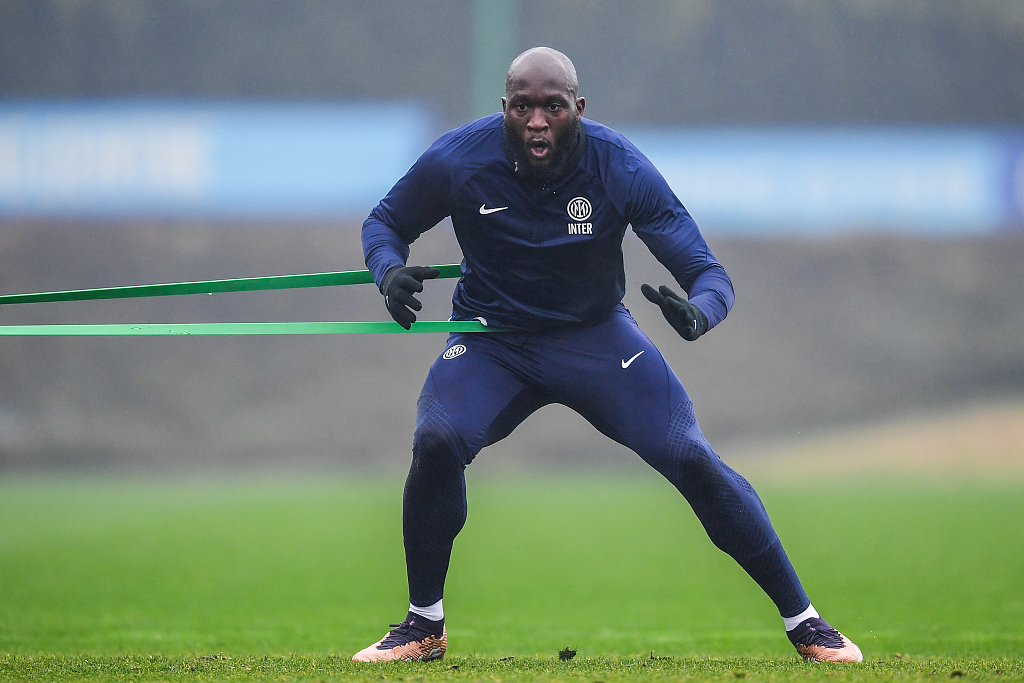 Belgian striker Romelu Lukaku told Sky Sport Italy on Monday that he wants to leave Chelsea for good after finishing the rest of the 2022-23 season for Inter Milan on loan.

"Everyone knows what I want. Right now I have to do whatever is necessary with the team to make Inter win and then we can talk to Chelsea," Lukaku said. "The idea is to finish [my career] with [boyhood club] Anderlecht. I'm [nearly] 30 years old, my son started school here and plays in the Inter academy. I'm fine, Inter always has ambition to keep growing."

"I want to stay here and do things right. I hope to do well with Inter in the next six months, work to the maximum and then at the end we talk to Chelsea and hope to find a solution," he added. 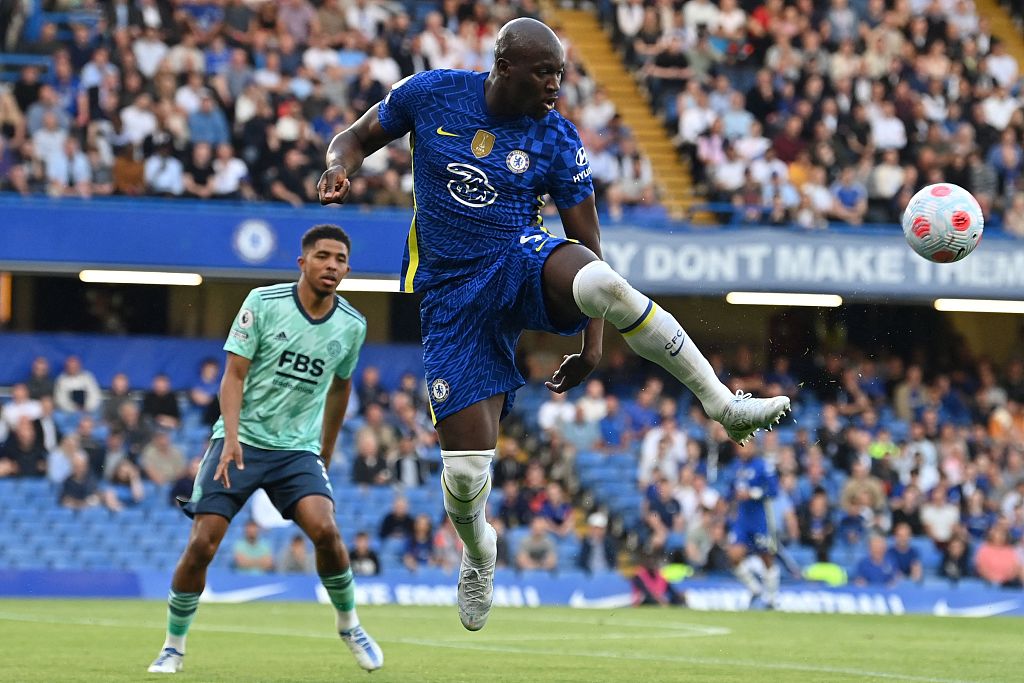 Romelu Lukaku (C) of Chelsea tries to control the ball in the Premier League game against Leicester City at Stamford Bridge in London, England, May 19, 2022. /CFP

Romelu Lukaku (C) of Chelsea tries to control the ball in the Premier League game against Leicester City at Stamford Bridge in London, England, May 19, 2022. /CFP

The relationship between Lukaku and Chelsea has been nothing but complicated. Back in 2011, the English club brought him to Stamford Bridge by paying RSC Anderlecht 15 million euros (about $15.8 million). After that, Chelsea sent him away twice on loan before Everton agreeing to land Lukaku for 35.36 million euros (about $37.3 million) in 2014.

Having scored 87 goals and 29 assists in 166 games for Everton in four seasons, Lukaku was introduced by Manchester United in 2017 for 84.7 million euros (about $89.4 million), but then joined Inter for 74 million euros (about $78.1 million) after two disappointing seasons at Old Trafford.

Lukaku's form improved a lot during the two seasons in Inter between 2019 and 2021 and helped the club win the Serie A championship during the 2020-21 campaign. Then Chelsea reached out to Inter and brought him back to Premier League with 113 million euros (about $119.3 million). However, they only waited one season to send him away again on loan to Inter. 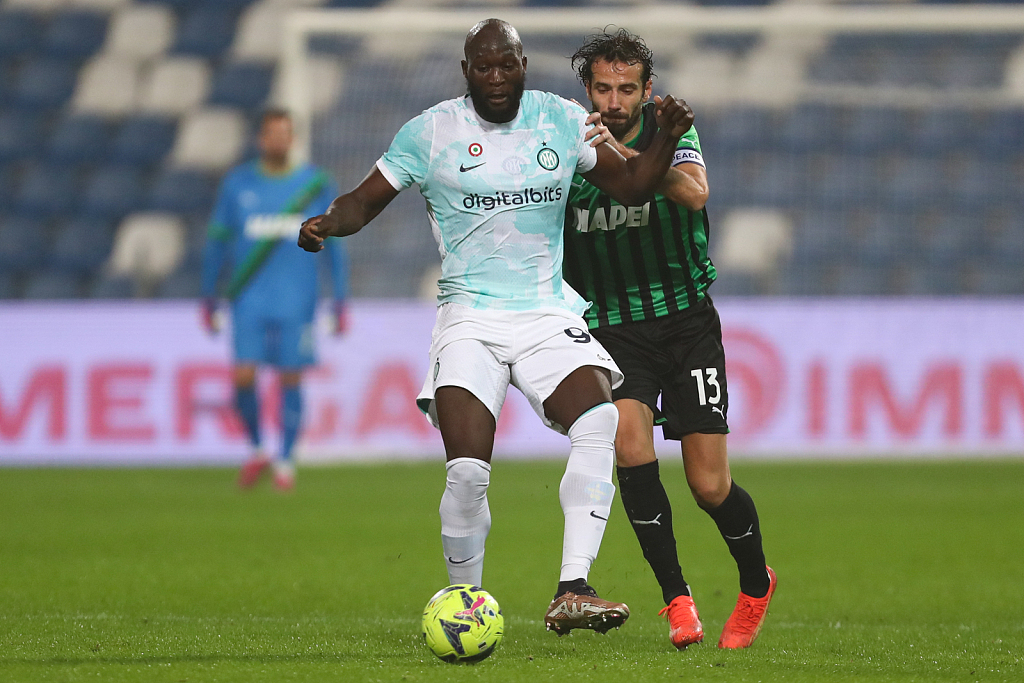 Romelu Lukaku (L) of Inter Milan controls the ball in a friendly against Sassuolo in Sassuolo, Italy, December 29, 2022. /CFP

Romelu Lukaku (L) of Inter Milan controls the ball in a friendly against Sassuolo in Sassuolo, Italy, December 29, 2022. /CFP

Lukaku has only made five appearances for Inter in the 2022-23 season because of injuries and he has not been in a good form either in the club or in the Belgian national team at the FIFA World Cup in Qatar. At the club level, Inter, which currently are fifth in Serie A, have better chances of making the UEFA Champions League next season than Chelsea, which rank ninth in the Premier League at the moment. Therefore, Lukaku understandably wants to stay at Stadio Giuseppe Meazza.

Nonetheless, Chelsea are unlikely to let Lukaku go on a cheap transfer. German football website Transfermarkt.com values Lukaku at 50 million euros at the moment (about $52.7 million). That's not even half of what Chelsea paid for him in 2021, if anyone is willing to pay that much for him. In order either to fund money to buy new strikers to enhance their disappointing firepower, or to make up for the failed purchase two years ago, Chelsea are expected to drive a hard bargain over any possible transfer of Lukaku.