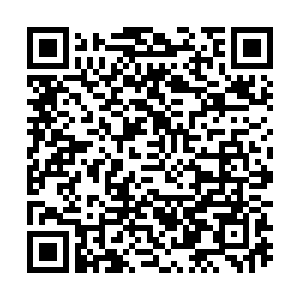 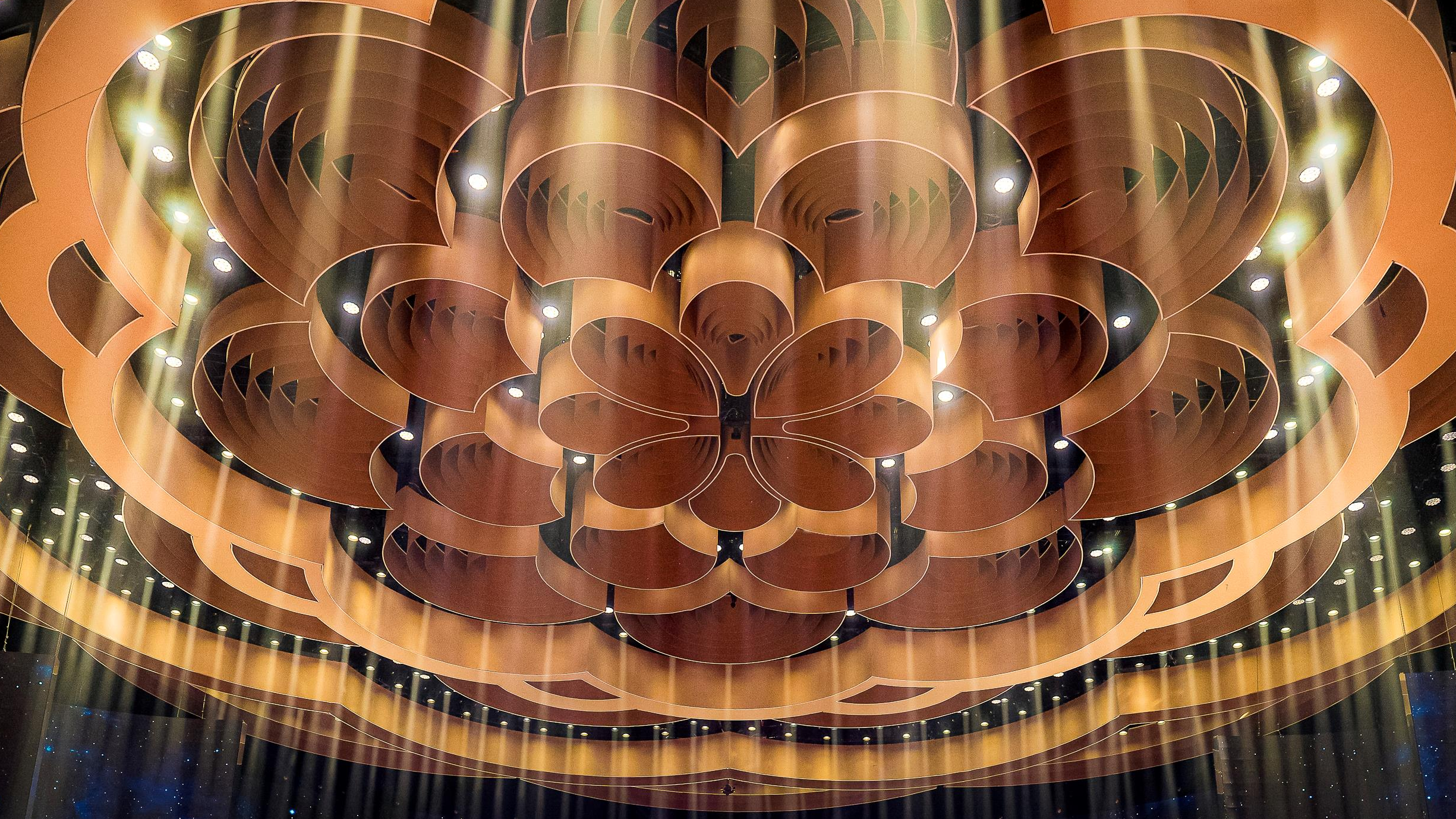 The art installation on the top of the main studio hall is formed from the evolution and reconstruction of the four-petal flower structure. /CMG

The art installation on the top of the main studio hall is formed from the evolution and reconstruction of the four-petal flower structure. /CMG

The whole show adheres to the general tone of "joy, auspiciousness and jubilation", highlighting the theme of happiness and confidence, and striving to express the best wishes for the New Year in a vibrant, warm, caring and hopeful atmosphere.

The stage design of the gala this year embodies the concept of "Man Ting Fang," which is taken from the name of Chinese classical literature meaning "flowers fully bloom in the whole garden."

The art installation on the top of the main studio hall, which is formed from the evolution and reconstruction of the four-petal flower structure, is not only rooted in the aesthetics of the Chinese civilization but also reflects the presence of modern design concepts.

"Flower" is chosen as the theme symbol throughout the whole show this year. Flowers express not only prosperity but also tenacious vitality.

The design is based on the iconic "petal pattern" of Miaodigou painted pottery dated back from 6,000 to 4,800 years ago. Su Bingqi, a famous archaeologist, has proposed that the painted pottery with flower patterns may be the origin of the name of the Chinese people ( "花", flower sounds like "华", China in the Chinese language).

Watching the Spring Festival Gala, or "Chunwan" in Chinese, is an indispensable part of the celebrations for the Chinese people to ring in the Lunar New Year.

First broadcast in 1983, the four-hour extravaganza is recognized as the world's most-watched TV show, featuring a mix of performances ranging from singing and dancing, Chinese comedy forms of skits and crosstalk, to acrobatics and magic shows.