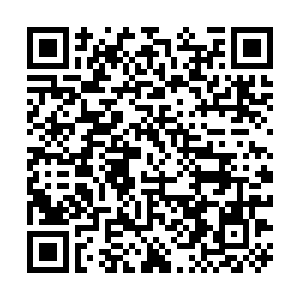 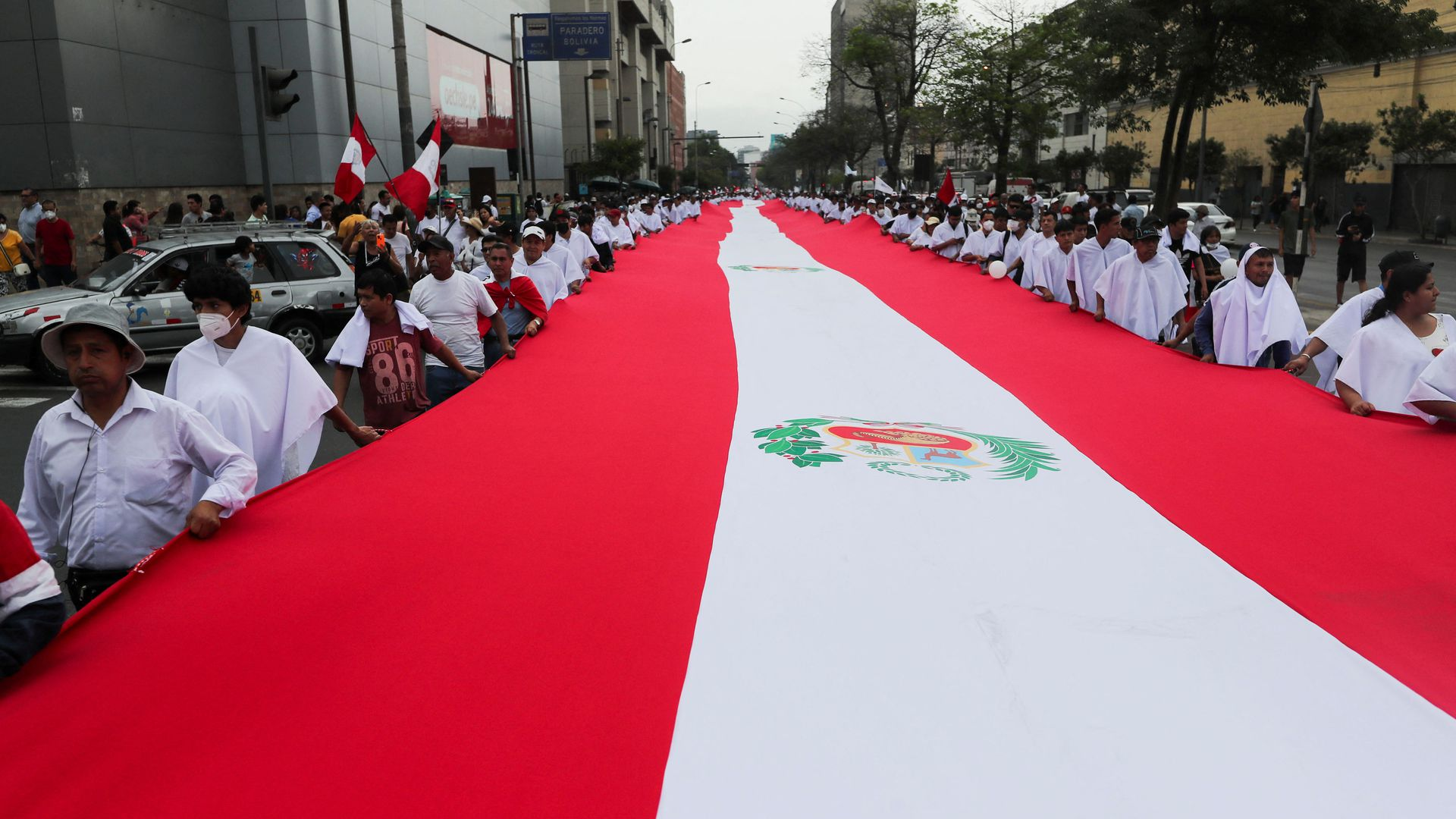 Demonstrators hold a giant national flag as they participate in a march asking for peace in Lima, Peru, January 3, 2023. /Reuters

Demonstrators hold a giant national flag as they participate in a march asking for peace in Lima, Peru, January 3, 2023. /Reuters

Thousands of Peruvians took to the streets calling for peace on Tuesday, a day before fresh protests are expected following clashes caused by the ouster of former President Pedro Castillo left almost two dozen dead in December.

People dressed in white carried Peru's flag at the march, which was organized by conservative groups.

Castillo, a leftist who was previously a teacher, attempted to illegally dissolve Congress in early December and was subsequently ousted and detained.

He is in pre-trial detention while under investigation for rebellion and conspiracy. He has maintained his innocence.

"This is a cry from the Peruvian people. There are millions of us who want peace and just a few vandals," said Monica Sanchez at the march.

Other marches passed through a handful of cities across the country, according to local media.

The demonstration, dubbed the "Great March for Peace," was initially backed by the national police, but officers withdrew their support after left-wing politicians and local human rights organizations raised concerns about a conflict of interest.

The government issued a state of emergency when violent protests first erupted in December, sending security forces into protest areas.

Current President Dina Boluarte has called some protesters "terrorists." A Reuters investigation found several cases of people, some bystanders, killed after the military moved into the area of Ayacucho.

During the march Tuesday, a counter-protester who threw red paint at the police was detained.

After Castillo was ousted on December 7, Boluarte, who had been vice president, assumed power and announced a transitional government until elections are held. She has requested they be moved up to April 2024, but Congress has yet to approve the proposal.

In an earlier event Tuesday, Boluarte said she had started talks with regional authorities in areas hit by protests and called for speedy investigations into the protest deaths.

She has already sent her cabinet to speak with protest leaders, but many of them have refused to meet with officials.

Protests are expected to gear up again Wednesday, with civil groups and unions in 10 regions of Peru's south – historically a left-leaning stronghold – backing the demonstrations to remove Boluarte, shutter Congress, amend the constitution and release Castillo.

Among the regions with planned strikes and blockades are the mining hotspots of Arequipa, Cusco and Apurimac. Peru is the world's second-largest copper producer.