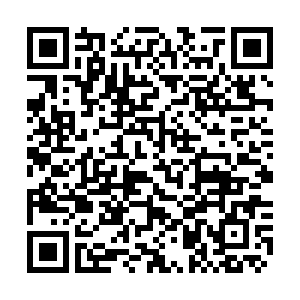 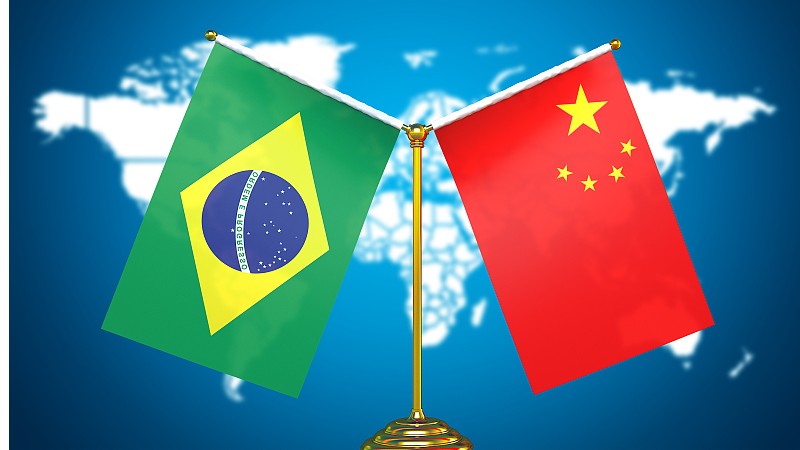 The national flags of China and Brazil. /CFP

The national flags of China and Brazil. /CFP

In a letter to Luiz Inacio Lula da Silva on his inauguration as the president of the Federative Republic of Brazil, Chinese President Xi Jinping expressed a desire to further consolidate and step-up future cooperation with the largest Latin American country. Xi drew valuable attention to China and Brazil's status as "major developing countries with global influence and important emerging markets," and the appeal arrived at a time when Chinese Vice President Wang Qishan concluded his three-day official visit to Brazil.

Beijing proposed a series of openings to further develop bilateral relations and effectively promote the China-Brazil comprehensive strategic partnership, a mainstay in relations. The four-fold proposal comes with a focus on trade and economic interests, a proposition that is well aligned with Lula's future expectations on China-Brazil ties.

Over the course of nearly five decades since establishing diplomatic relations, China and Brazil have frequently prioritized the strategic guidance of their leaderships to muster political trust. It is that very trust surplus that gave way to a fast-growing comprehensive strategic partnership in 2012.

Wang's present recommendation to "enhance top-down planning on bilateral ties" is thus an important gateway to future progress for a key reason. Such planning is key to coordinating economic priorities with high promise for a range of diverse cooperation fields. History confirms that major Sino-Brazil feats have come through with top leadership support at the center: that includes a celebrated 10-Year Cooperation Plan (2012-2021), and an estimated $80 billion in investments from Chinese companies in Brazil over the same period.

As Wang's visit makes abundantly clear, high-level engagement has a major role in "planning and guiding cooperation" between allies to the benefit of their strategic interests.

There is vast latitude for both sides to jointly leverage the China-Brazil High-level Coordination and Cooperation Committee (COSBAN). The Committee has been rightly recognized as an irreplaceable catalyst for deepening Sino-Brazil ties to this day. Under Lula and Xi's long-term strategic guidance, both sides can actively coordinate their comparative expertise in high-return sectors, and help diversify trade and investment flows as agreed by senior leaders in May last year. 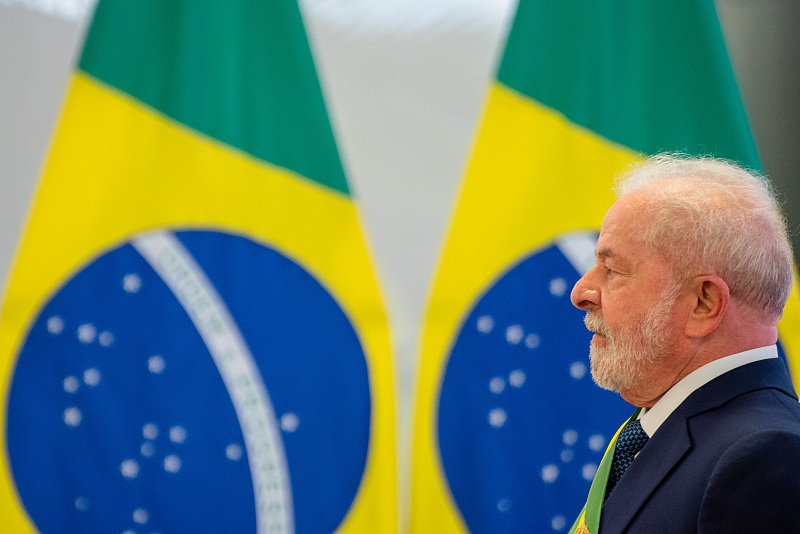 Such a forward-looking roadmap can tailor cooperation to high-value emerging industries, allowing competitive sectors to contribute favorably to both countries and deliver more tangible benefits for the people. Also, it plays to historic strengths: trade and investment opportunities have long served as the dominant theme in Brazil-China relations, and diversifying the scale and range of those economic offerings is an exercise in future confidence.

On the multilateral front, both China and Brazil have profoundly consolidated BRICS' position as a driver of economic, financial and trade support for the developing world. Their joint contributions have also left a lasting impact on the grouping's future expansion prospects. In the process, common ground on pressing regional pursuits stands consolidated: From climate and shared economic recoveries to health security progress in the recent past.

Such international visibility to key bilateral concerns makes it imperative to deepen what Wang called "multilateral strategic coordination" between both sides, including through regional organizations such as the Southern Common Market and the Union of South American Nations. Fundamental to true regional economic integration is outreach to other regional powers, making China-Brazil ties of paramount importance to Latin America.

"China is our biggest trading partner and we can further expand relations between our countries," tweeted Lula. His plans to lead a delegation to China to deepen practical cooperation is a powerful reminder that substantial diplomatic reciprocity and close strategic alignment will lift bilateral ties to new highs.