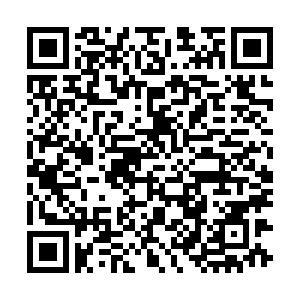 The U.S. House of Representatives moved to adjourn until Wednesday after two consecutive ballots on the chamber's floor failed to elect a new speaker on Tuesday.

U.S. Congressman Kevin McCarthy, a Republican from California, lost the second ballot for House speaker after 19 Republicans again voted against him.

A third vote is underway, a scenario that hasn't been seen in a century. A candidate needs 218 votes to become House speaker if no member skips the vote or votes "present."

"We stay in until we win," McCarthy told reporters, adding that the numbers "will change eventually."

The political drama came nearly two months after the 2022 midterm elections, in which Republicans flipped the House and Democrats held onto their majority in the Senate, and shortly after the divided Congress convened Tuesday noon.

All House Democrats have voted for Congressman Hakeem Jeffries from New York to lead the Democratic minority in the first two ballots.

Jemele Hill, a contributing writer for The Atlantic, tweeted on Tuesday afternoon that "what we're witnessing today in American politics is just another brutal indictment of this dysfunctional political system."

If no candidate wins a majority of votes in the third round, House members will vote on and on until a speaker is elected.

House members can adjourn to negotiate but the lower chamber does not kick off the new term until the speaker election is over.

White House press secretary Karine Jean-Pierre said on Tuesday afternoon that U.S. President Joe Biden, a former six-term senator, "will not insert himself in that process."

"The president served as a U.S. senator for 34 years and he understands how this process works," Jean-Pierre said.

U.S. Vice President Kamala Harris presided over the opening day of the Senate, where Democrats have a slim 51-49 majority over Republicans, when she swore in 35 either newly elected or reelected senators Tuesday afternoon.

Chuck Schumer from New York and Mitch McConnell from Kentucky, both Senate veterans, will continue to serve as the chamber's majority leader and minority leader, respectively.

Public trust in the U.S. Congress reached an all-time low, with only 7 percent of Americans expressing "a great deal" or "quite a lot" of confidence in it, according to a Gallup poll released in the summer of 2022.

(Cover: House Republican Leader Kevin McCarthy speaks to reporters after he was nominated by fellow Republicans to be their leader or the Speaker of the House if they take control in the next Congress, following House Republican leadership elections at the U.S. Capitol in Washington, U.S., November 15, 2022. /Reuters)