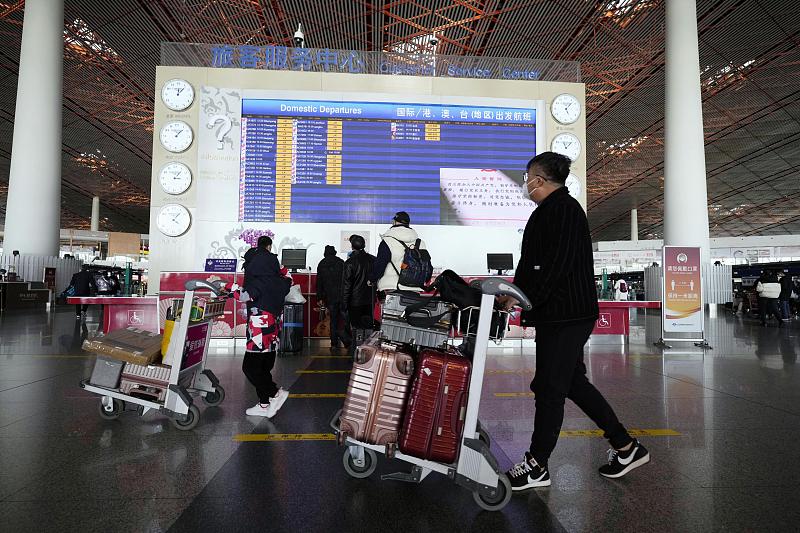 China has adjusted its COVID-19 response and eased overseas travel restrictions, and many countries are gearing up to welcome Chinese tourists.

However, some Western countries, represented by the United States, have imposed curbs on travelers from China. Scholars from around the world have criticized this move. Here is what some of them said on the matter.

China's situation won't lead to the emergence of new variant

A new variant could emerge anywhere in the world as the virus continues to spread. Citing experts worldwide, the Washington Post reported on December 31, 2022, that there's no reason to claim China's COVID-19 situation will forge "a special condition" for the emergence of a new variant, noting that restrictions on travelers from China are "unnecessary and illogical."

"There is significant circulation of this virus globally, and the risk of further variants can come from anywhere," Maria Van Kerkhove, an epidemiologist with the WHO, was quoted as saying.

The origin of new variants is not completely clear, but they can emerge in many ways, she said, adding that when the virus appeared, there had been already dozens of its "mutations packaged together" in the planet.

"It doesn't make sense to me," Jeffrey Shaman, an epidemiologist at Columbia University, said in an interview. "Travel restrictions (on China) seem intended to stop the virus at the border, which makes no sense given that the virus is already everywhere."

Kristian Andersen, an immunologist at Scripps Research, echoes Shaman, saying that it is "completely misguided" to fear that new variants emerge from China.

Restrictions on China are neither scientific nor necessary

The systematic pre-departure or on-arrival testing of travelers from China for COVID-19 is "neither scientifically justified nor risk-based," the European branch of Airports Council International said recently.

"These unilateral actions are at odds with all the experience and evidence gained over the past three years," it said, adding that "these travel restrictions do not work."

European health officials also said it is "unjustified" to impose travel screenings and restrictions on China,  adding that Omicron already exists in Europe and has "not significantly grown," Bloomberg's reported on December 29.

"Based on available information ... I do not believe that there is sufficient public health rationale to impose any restriction or additional requirements on travelers from China," Kelly said.

China has reiterated that the country's COVID-19 adjustment was based on a comprehensive assessment of the mutation of the virus, the coronavirus situation and ongoing response efforts.

"Thailand has been waiting for you for three years! Friends, the trumpet of 2023 cross-border travel has been blown. See you in Thailand!" The Tourism Authority of Thailand said in its official account.

"Friends from China, France welcome you with open arms!" said the Embassy of France in China.

Analysts say China's decision to ease rules on travel in and out of the country has offered investors hope that it could soften the impact of higher interest rates on global stock markets and unblock supply chains amid a dark outlook for 2023, according to a recent article by The Guardian.

China has always believed that COVID-19 response measures must be science-based and proportionate for all countries. They should not be used for political manipulation, China's Ministry of Foreign Affairs said on January 4, 2023.