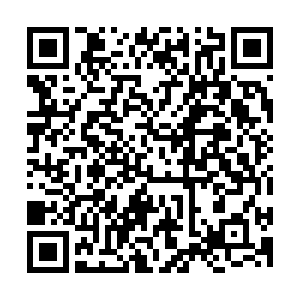 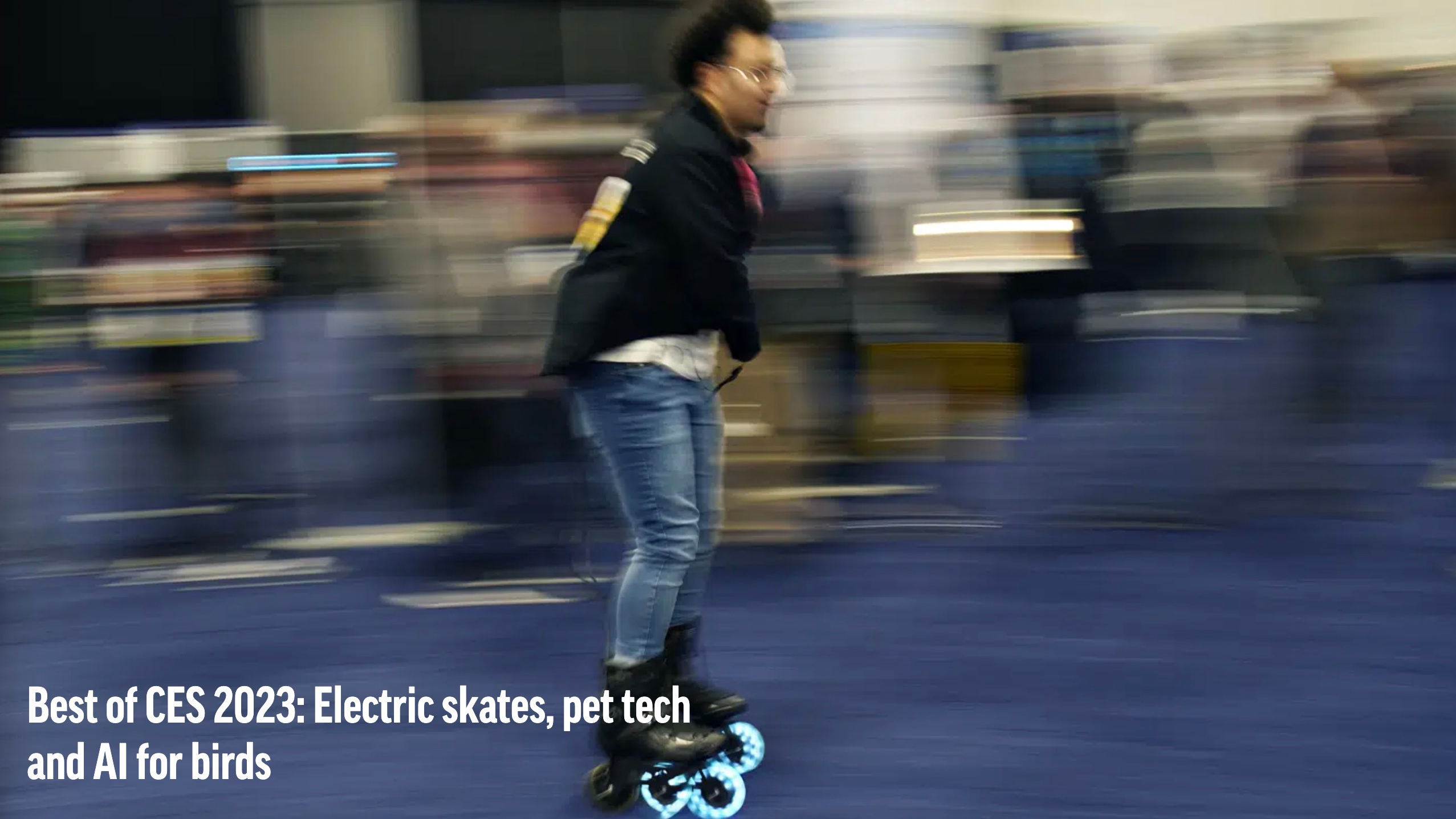 Tech companies of all sizes are showing off their latest products at Consumer Electronics Show (CES) 2023, which is getting back to normal after going completely virtual in 2021.

On Tuesday night, the show kicked off with media previews from some of the 3,000 companies signed up to attend. CES officially opens Thursday for four days.

Exhibitors range from big names including Sony and LG to tiny startups. You might see the next big thing or something that will never make it past the prototype stage. 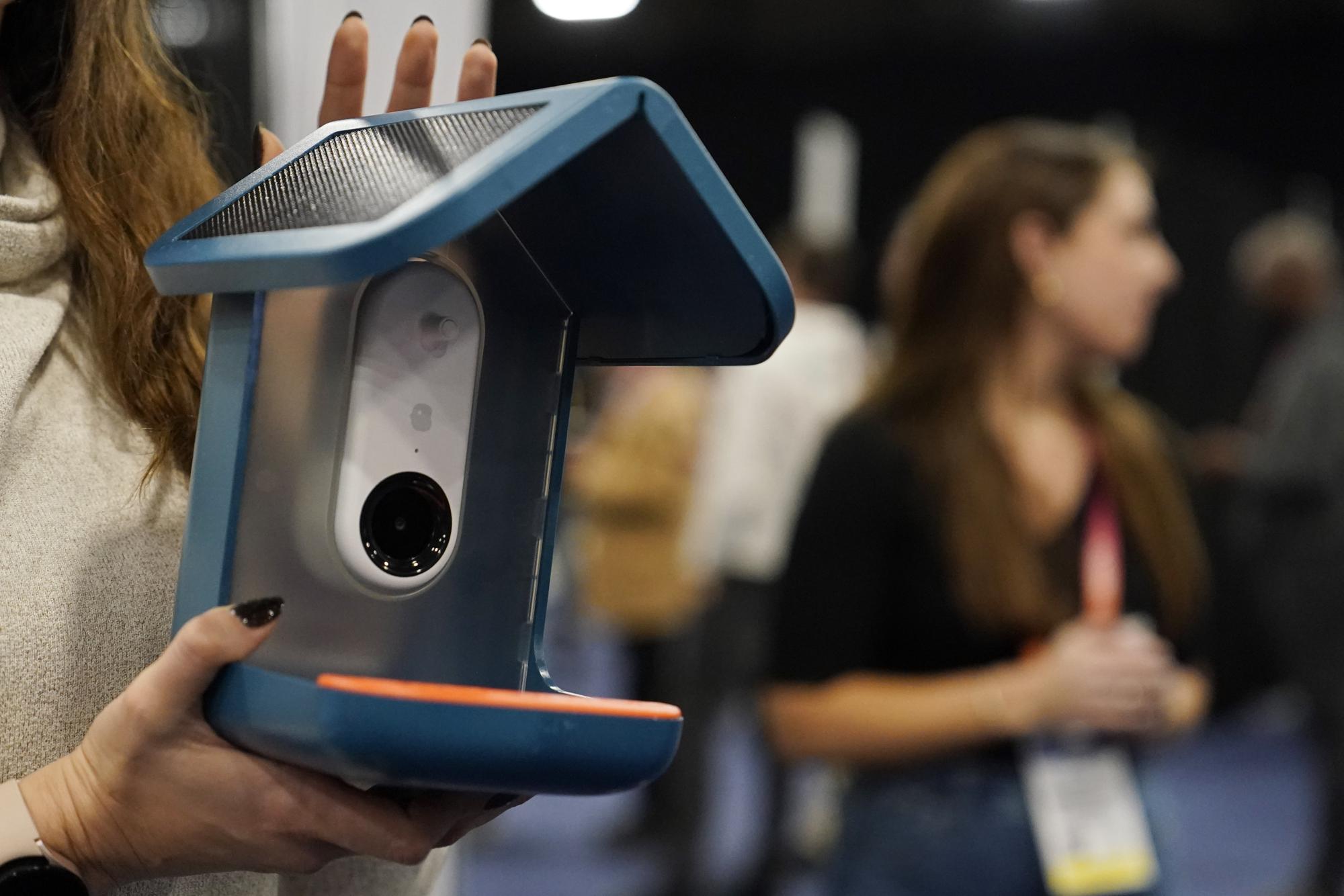 Pokemon, but make it birds

Bird Buddy showed off a smart bird feeder that takes snapshots of feathered friends as they fly in to eat some treats. The startup says its AI technology can recognize more than 1,000 species of birds, allowing users to share through a mobile app what kind of birds they‘re feeding.

"We try to kind of gamify the collection so it’s a really fun game that you can play, almost like a real life Pokémon Go with real animals and wildlife in your backyard," said Kyle Buzzard, the company’s co-founder and chief hardware officer.

The product has already sparked some interest from consumers who want to show the world what birds are coming into their backyards.

The company, which began as a Kickstarter project in 2020, says it started shipping its bird feeders last September and has already sold all 100,000 in its inventory. The price for the basic feeder is $199. 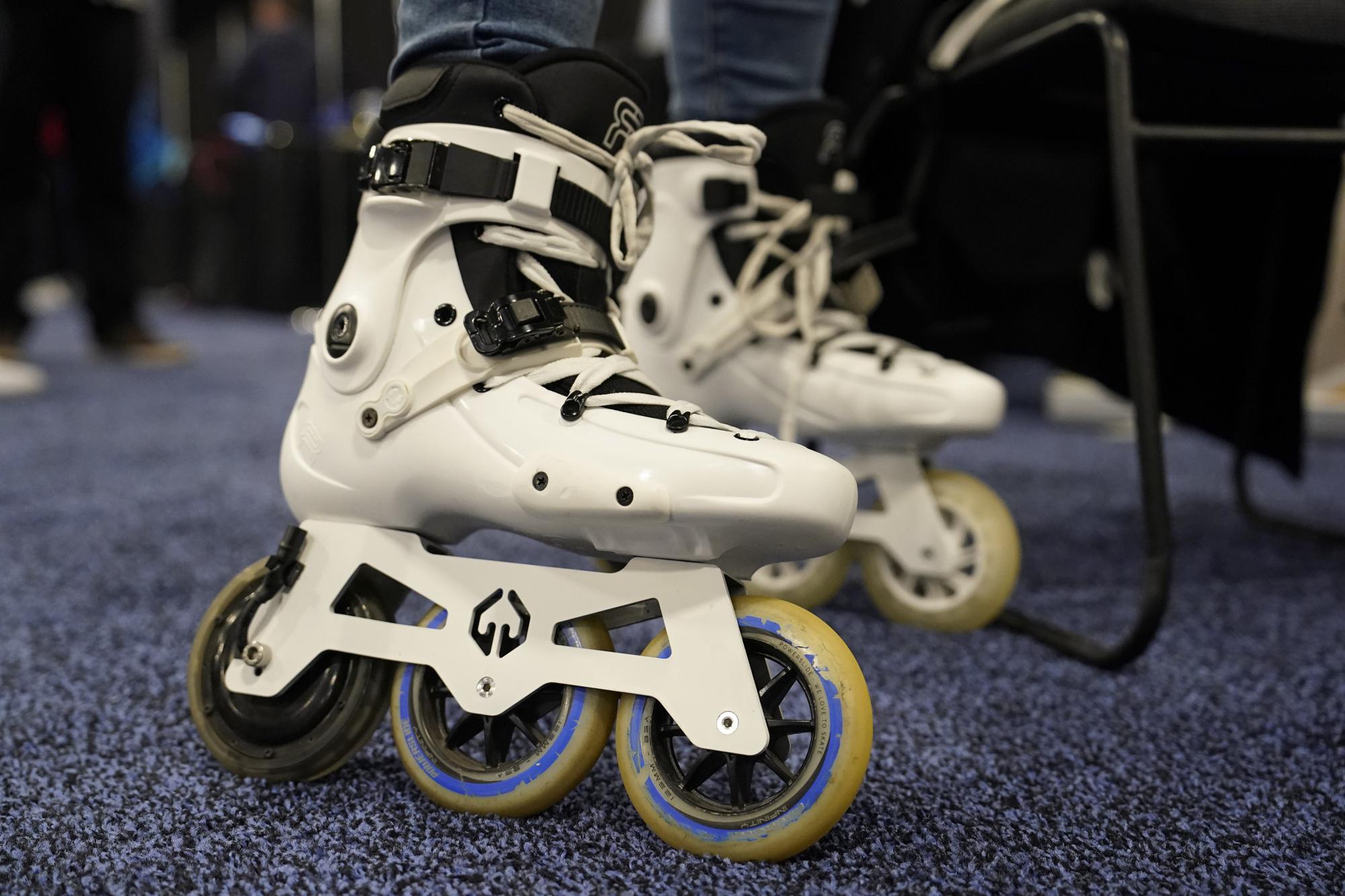 The battery lasts for 32 kilometers, said founder Mohamed Soliman, who hopes people will see them as a viable way to commute, like electric bikes or scooters.

"My goal is for everyone to go skating again because it's so much fun, every time you see people skating you see them with a big smile," Soliman said.

A waist bag holds the battery and cables connected to the skates. They also can be used as regular skates when they need to be charged or skaters simply want to travel under their own power.

The $500 skates are available for pre-order. The company has taken orders for 150 pairs so far and is aiming for 200 orders to start production. 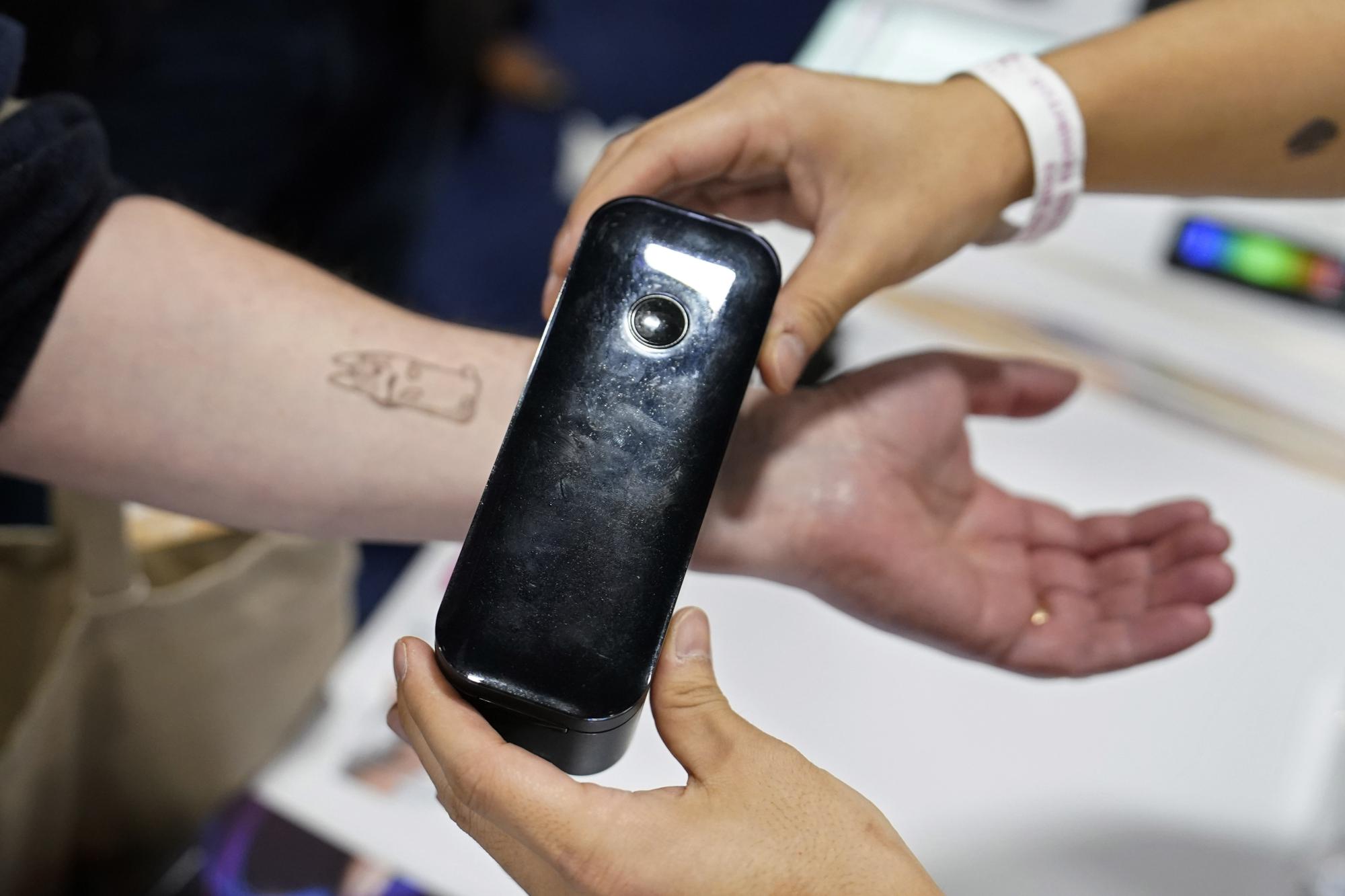 The device uses cosmetic-grade ink with a library of thousands of designs or the option to make your own with the company's app. After picking a tattoo, you just wave the device over wherever you want it applied. The tattoos are waterproof but wash off with soap. 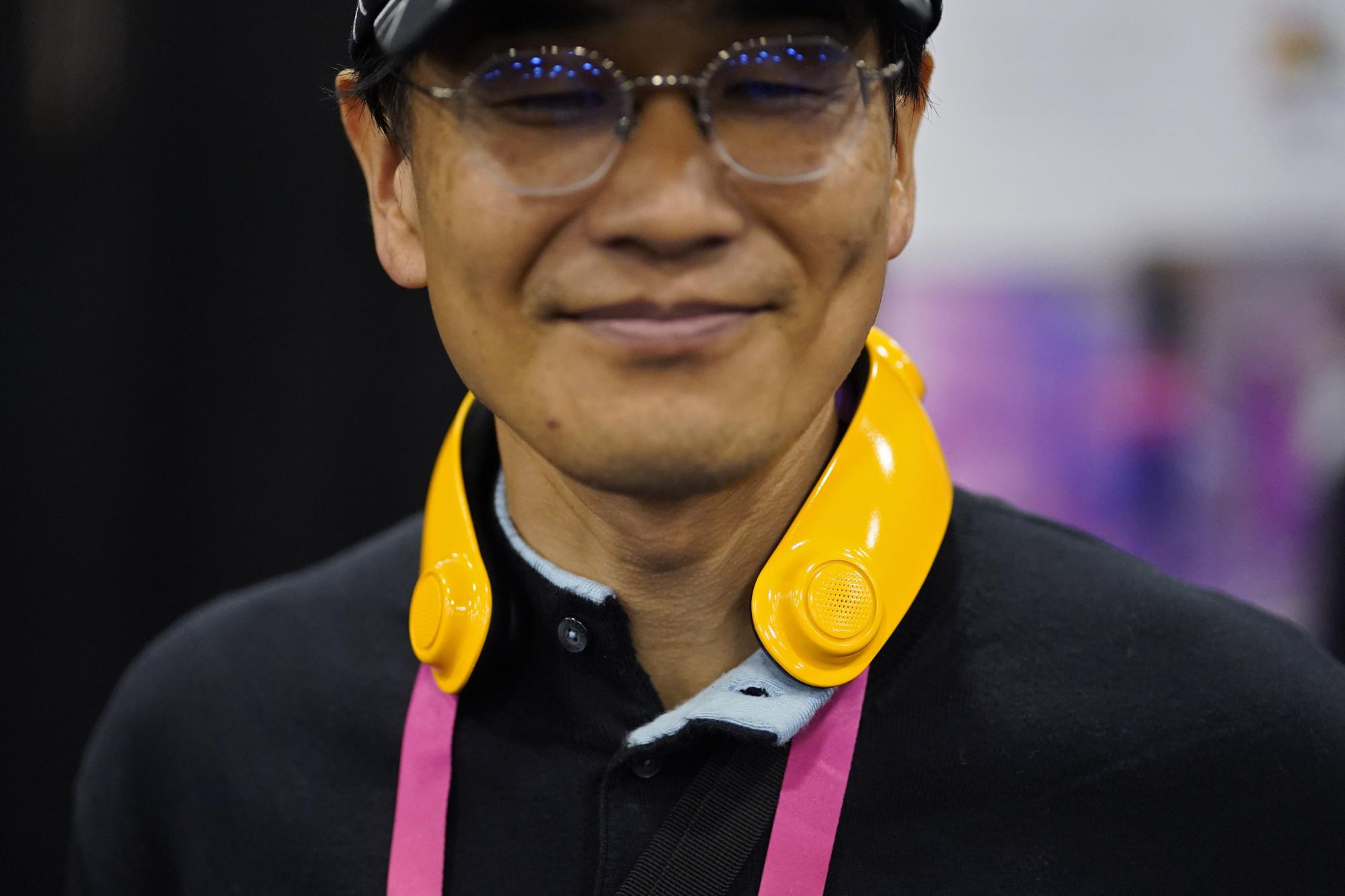 Japan-based Loovic has created a device designed to solve the challenges of those who have difficulty navigating while they walk.

The device worn around the neck employs sounds and vibrations to guide users to destinations, enabling them to look at what’s around rather than focusing on a phone's map app.

Loovic co-founder and CEO Toru Yamanaka said he was inspired to create the device for his son, who has a cognitive impairment making it difficult for him to navigate.

The prototype device is not yet available to the public.

A fitness tracker for your dog

If you wonder what your dog is doing while you're not home, French startup Invoxia has a product for you. The company's smart dog collar monitors your pet's activity and sleep, sending the data to your phone.

The collar is $149 in the U.S. while a monthly $8.25 subscription to the app monitors the data and shares it with your veterinarian.

The creators of Roybi, an educational AI robot that helps children learn about STEM topics and new languages, are venturing into the metaverse.

The RoybiVerse is expected to offer stations where K-12 and higher education students can learn about a wide range of educational topics.

Users walking around the RoybiVerse will be able to visit an area where they'll learn about dinosaurs or walk over to the virtual library where they can pick a book and read it.

The RoybiVerse, which is expected to launch by mid-2023, will be available in virtual reality headsets and on a website. No robot needed.