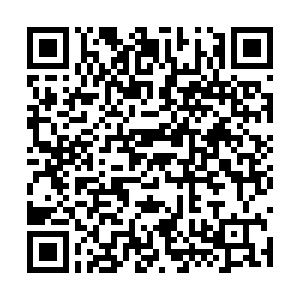 The following is the full text of a joint statement released by China and the Philippines on Thursday.

1. At the invitation of H.E. Xi Jinping, President of the People's Republic of China, H.E. Ferdinand R. Marcos Jr., President of the Republic of the Philippines, undertook a state visit to China from 3 to 5 January 2023. The visit is an expression of sincerity and friendship of President Marcos towards China and the Chinese people as well as his strong confidence in the future development of China-Philippines relations at the auspicious start of the new year.

2. During the visit, President Xi Jinping and President Marcos held a friendly and productive bilateral meeting, wherein they recalled the development of China-Philippines relations, rooted in a history marked by high-level exchanges and enriched by strong economic and people-to-people ties. The two leaders reached important consensus to enhance the bilateral relations, building on their discussions on the sidelines of the APEC Economic Leaders' Meeting in November 2022. President Marcos also met with H.E. Premier Li Keqiang of the State Council, and H.E. Chairman Li Zhanshu of the Standing Committee of the National People's Congress.

3. The Philippines congratulated China on the success of the 20th National Congress of the Communist Party of China, which will advance the rejuvenation of the Chinese nation on all fronts through a Chinese path to modernization. China expressed best wishes for the national development of the Philippines under the leadership of President Marcos. The two leaders agreed to render stronger support to each other's national development goals, and advance modernization through joint efforts so as to create more benefits for the two peoples.

5. The two leaders underscored the importance of maintaining the good momentum of the bilateral relations, agreed to further strengthen the China-Philippines relationship of Comprehensive Strategic Cooperation under the new circumstances, as close neighbors, kin and partners that help and understand each other towards win-win results through mutually beneficial cooperation, so as to bring the bilateral relations to new heights.

6. The two leaders reaffirmed the principles contained in the 1975 China-Philippines Joint Communique and other documents, whose principles include, among others, the peaceful settlement of all disputes, mutual respect for sovereignty and territorial integrity, and non-interference in each other's internal affairs. The Philippines reaffirmed its adherence to the One-China Policy.

7. Both sides committed to conduct cooperation in the four key priority areas of agriculture, infrastructure, energy and people-to-people exchanges, and pursue additional avenues of cooperation in the areas of defense and security, science and technology, trade and investments.

8. The Philippines expressed appreciation for China's offer of grants, among other forms of financial support, to fund economic and technical projects in support of the Philippines' socio-economic agenda.

10. Both sides agreed to enhance cooperation in agriculture development. The two leaders witnessed the signing of several agreements on agriculture: the Action Plan on Agriculture and Fisheries Cooperation (2023-2025), the handover certificate of Sino-Philippine Center for Agricultural Technology-Technical Cooperation Program Phase III, and the Protocol Agreeing on the Phytosanitary Requirements for Philippine Fresh Durian Exports to China. The Philippines extended appreciation to the Chinese Government for providing urgently needed agricultural inputs.

11. Both sides attached great importance to infrastructure development and agreed to carry forward high-quality projects under the synergy of the Belt and Road Initiative and the "Build, Better, More" infrastructure program to spur economic growth. Both sides signed an updated Memorandum of Understanding on the Belt and Road Initiative, and the Framework Agreement on Priority Bridges Crossing Pasig-Marikina River and Manggahan Floodway Bridges Construction Project, and two (2) handover certificates on Chinese-funded Philippine infrastructure projects that have been successfully completed. They also discussed loan agreements that would support Philippine infrastructure development. Both sides will further strengthen infrastructure cooperation with big projects such as Davao-Samal Island Bridge. Both sides will explore means to further strengthen cooperation, at the locations to be mutually agreed upon, to promote innovative economic development and maintain stability in production and supply chains.

12. On oil and gas cooperation, both sides agreed to bear in mind the spirit of the Memorandum of Understanding on Cooperation on Oil and Gas Development between the Government of the People's Republic of China and the Government of the Republic of the Philippines signed in 2018, and agreed to resume discussions on oil and gas development at an early date, building upon the outcomes of the previous talks, with a view to benefiting the two countries and their peoples. The two sides also agreed to explore cooperation in such areas as solar power, wind energy, electric vehicles, and nuclear energy for electricity generation.

13. The two leaders had an in-depth and candid exchange of views on the situation in the South China Sea, emphasized that maritime issues do not comprise the sum-total of relations between the two countries and agreed to appropriately manage differences through peaceful means. Both sides reaffirmed the importance of maintaining and promoting peace and stability in the region and the freedom of navigation in and overflight above the South China Sea, and reached consensus on the peaceful resolution of disputes on the basis of the Declaration on the Conduct of Parties in the South China Sea (DOC), the United Nations Charter and the 1982 United Nations Convention on the Law of the Sea (UNCLOS).

14. The two leaders concurred that confidence-building measures would contribute to improving mutual trust and affirmed the importance of the Foreign Ministry Consultations and the Bilateral Consultation Mechanism on the South China Sea. The two sides decided to establish a direct communication mechanism between the Department of Boundary and Ocean Affairs of the Ministry of Foreign Affairs of China and the Maritime and Ocean Affairs Office of the Department of Foreign Affairs of the Philippines.

15. Both sides acknowledged the usefulness of practical cooperation between their coast guards, noted the importance of convening the 4th Meeting of the Joint Coast Guard Committee and agreed to convene it at an early date. Both sides agreed to convene the Annual Defense Security Talks at a mutually convenient time.

16. Both sides agreed to further strengthen maritime cooperation in such areas as environmental protection and maritime economy. Both sides agreed to collaborate closely on the mitigation of marine debris emanating from various sources, and micro plastics, towards the establishment of a cooperative partnership between coastal model cities of the two countries.

17. The leaders reaffirmed the importance of continued and strengthened cooperation on education, building upon the consensus to usher in greater understanding between the Chinese and Filipino youth and professionals. Both sides agreed to work towards the possibility of signing the Memorandum of Understanding on Joint Cooperation to Carry out Chinese Language Education Program in the Basic Education Program of the Philippines, the Memorandum of Understanding on Strengthening Agricultural Technical Education Cooperation, and the Mutual Cooperation Memorandum (MCM) on Higher Education. Both sides agreed to enhance communication and cooperation on policy making and regulation to ensure the quality development of each other's higher education system.

18. Both sides acknowledged that people-to-people exchanges are crucial in promoting understanding between the two states, welcomed the newly signed Implementation Program of the MOU on Tourism Cooperation, and committed to pursuing pre-pandemic levels of tourist arrivals, as well as direct flights between China and the Philippines, in particular Beijing and Manila, among other cities. The two sides agreed to further strengthen local cooperation, promote practical cooperation and conduct friendly exchanges among sisterhood provinces and cities of the two countries.

19. Both sides highlighted the importance of scientific and technological innovation (STI) and exchanged views on priority areas for partnerships to enhance China-ASEAN STI cooperation. Both sides agreed to explore potential cooperation in such areas as meteorology, space tracking, telemetry and command (TT&C). Both sides expressed willingness to establish an information notification system on rocket launches and work on procedures for the retrieval and return of space debris.

20. Both sides noted positively their cooperation related to addressing COVID-19, especially in the procurement of vaccines, and agreed to further promote public health cooperation in such areas as vaccine research and production. Both sides expressed support for the ASEAN Center for Public Health Emergency and Emergency Diseases.

21. The two leaders welcomed the strengthening of China-ASEAN cooperation under the current Comprehensive Strategic Partnership, and will continue to implement the consensus reached at the China-ASEAN Special Summit to Commemorate the 30th Anniversary of China-ASEAN Dialogue Relations. In this regard, the Philippines took note of China's initiative to build a peaceful, safe and secure, prosperous, beautiful, and amicable home in the region. Both sides looked forward to expanding regional cooperation through this framework, with focus on increased economic and social connectivity and development, centering around trade and investment liberalization and facilitation, new-type industrialization, digitization, low-carbon development and agricultural modernization.

22. The two leaders reaffirmed the importance of Declaration on the Conduct of Parties in the South China Sea (DOC) in safeguarding peace and stability in the South China Sea, and recalled the Joint Statement on the 20th Anniversary of the DOC, adopted in Phnom Penh, Kingdom of Cambodia on 11 November 2022. The two leaders reaffirmed their commitment to the full and effective implementation of the DOC in its entirety, and encouraged further progress towards the early conclusion of an effective and substantive Code of Conduct in the South China Sea (COC) that is in accordance with international law, including the 1982 UNCLOS, within a mutually agreed timeline.

23. Both sides reaffirmed the importance of maintaining ASEAN Centrality in the evolving regional architecture in the Asia-Pacific region, and support for ASEAN integration and Community building.

25. China welcomed the Philippines joining the Group of Friends of the Global Development Initiative (GDI) and stood ready to strengthen cooperation to implement the GDI at the bilateral and regional levels in the achievement of the 2030 Agenda for Sustainable Development. Both sides agreed on the need and importance of robust consultations and communication as well as to explore possible cooperation for mutual benefit regarding the Global Security Initiative (GSI).

26. Both sides will practice open regionalism and strengthen multilateralism, so as to safeguard the common interests of developing countries as well as global fairness and justice, contributing to building a community with a shared future for all mankind.

27. Both sides renewed their commitment towards pursuing stronger political, economic, science and technology, and people-to-people ties, especially leading up to the 50th anniversary of bilateral relations in 2025.

5. Memorandum of Understanding between the Ministry of Commerce of the People's Republic of China and the Department of Trade and Industry of the Republic of the Philippines on Electronic Commerce Cooperation

8. Implementation Program of the Memorandum of Understanding on Tourism Cooperation between the Ministry of Culture and Tourism of the People's Republic of China and the Department of Tourism of the Republic of the Philippines (2023-2028)

9. Protocol of Phytosanitary Requirements for Export of Fresh Durians From the Philippines to China between the General Administration of Customs of the People's Republic of China and the Department of Agriculture of the Republic of the Philippines