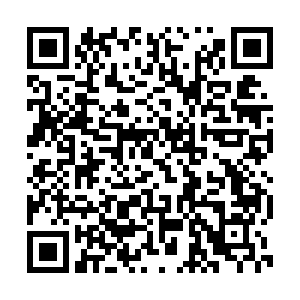 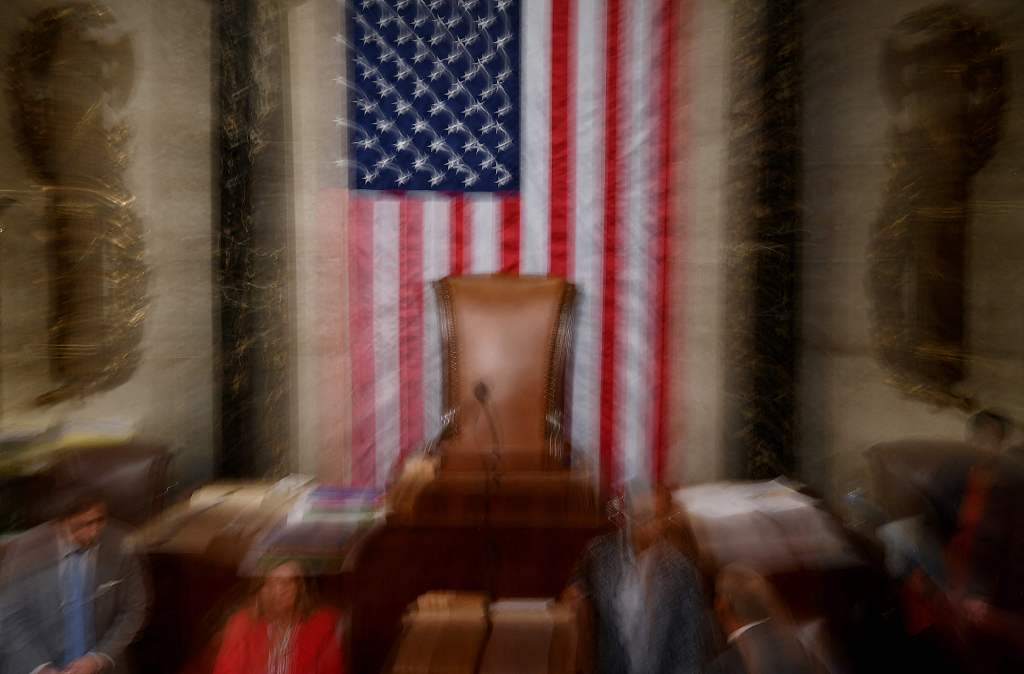 The chair of the U.S. House Speaker standing empty as the House of Representatives vote for a new speaker at the U.S. Capitol in Washington, D.C., U.S., January 4, 2023. /CFP

The chair of the U.S. House Speaker standing empty as the House of Representatives vote for a new speaker at the U.S. Capitol in Washington, D.C., U.S., January 4, 2023. /CFP

Republicans began their majority reign in the U.S. House of Representatives on Tuesday with a colossal debacle and chaos, as they failed to elect a House Speaker, exposing the deep divisions within the conservative party that will have far-reaching consequences – both domestically and internationally. The unfolding situation also hints at the extreme radicalization of American politics that could threaten the U.S. and the world in general.

Fresh rounds of voting in the Speaker's election on Wednesday failed to provide a decisive winner, tumbling the House of Representatives into a crisis for a second day in a row. The fierce Republican infighting – that has been dubbed by U.S. President Joe Biden as "embarrassing for the country" – has thus made the 2023 speakership election the first in a century to go into multiple rounds of voting.

In all of American history, there have been only 14 such instances when Congress failed to elect a Speaker in the first round of voting, 13 of those happened before the civil war. The last time a similar event took place was exactly 100 years ago, in 1923.

Conservative right-wingers have been obstructing the establishment's nominee Kevin McCarthy for the Speaker's position in a humiliating standoff. After spending all of Tuesday blockading McCarthy's road to the gavel, about 20 Republicans forbade him to gain a majority in three drawn-out votes on Wednesday, forcing another overnight adjournment.

The irony is that while McCarthy is known to the outside world as an ultra-conservative politician and staunchly hawkish on China, the radical far-right Republicans resisting the California congressman's speakership bid are doing so because they think he is not conservative or hawkish enough. 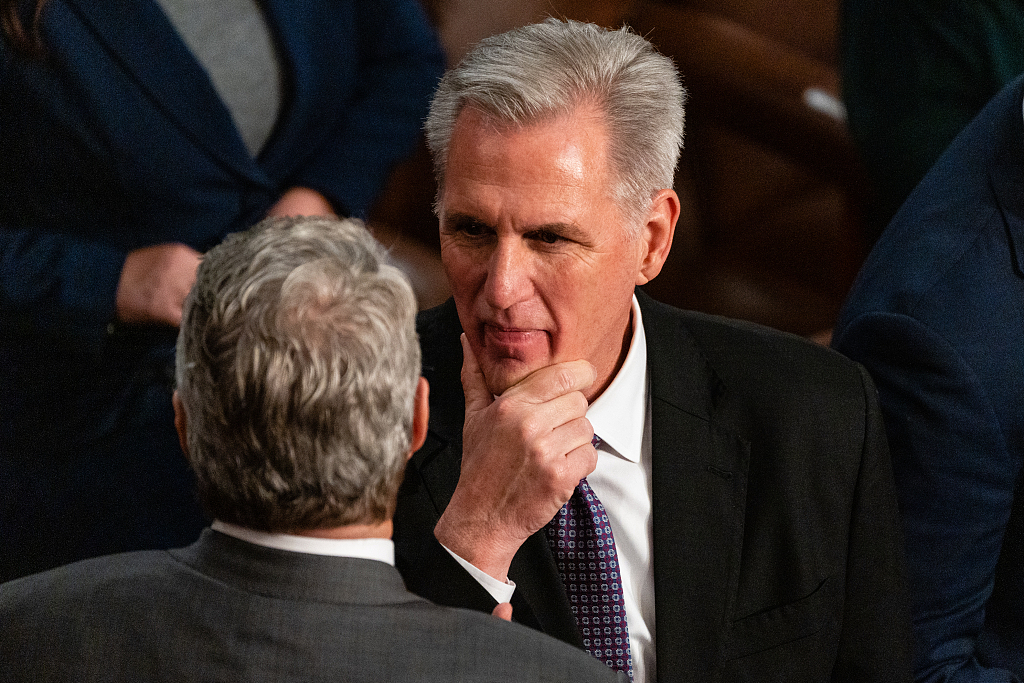 Republican House Representative from California, Kevin McCarthy, talks with a member during a meeting of the 118th Congress in the House Chamber at the U.S. Capitol in Washington, D.C., U.S., January 4, 2023. /CFP

Republican House Representative from California, Kevin McCarthy, talks with a member during a meeting of the 118th Congress in the House Chamber at the U.S. Capitol in Washington, D.C., U.S., January 4, 2023. /CFP

This, despite McCarthy's key role in fund-raising millions of dollars to get right-wing lawmakers elected in the House, that was critical in his party getting a 222-212 House majority in last year's midterms after a gap of four years.

McCarthy, with his belligerent stand on China, has long desired to replace another anti-China hawk, former Speaker Democrat Nancy Pelosi. However, the California congressman's bid has opened a bizarre rift within the House Republicans, with centrists describing the hard-right faction blocking McCarthy's election as the "Taliban 20."

What is transpiring in the highest portal of American democracy isn't just a travesty, it reflects the absolute radicalization of U.S. politics. A disease-like radicalization that compels the U.S. to create enemies – both internal and external. While the polarization between political parties creates internal division, the radicalization of an entire political class and a section of society compels them to look for enemies outside, as a convenient distraction from all that's going wrong within the country.

This is precisely at the heart of the destructive politics in the U.S. that has created the dangerous trend of projecting China as a "threat" and an "enemy" just because the Asian country follows a different political system and ideology from the U.S. and has still achieved phenomenal socio-economic growth in recent decades.

The deterioration of China-U.S. relations in recent years stems from this destructive political approach. Right-wing politicians across the board are trying to outdo each other in demonizing China to boost their political survivability in this vicious environment of negativity. 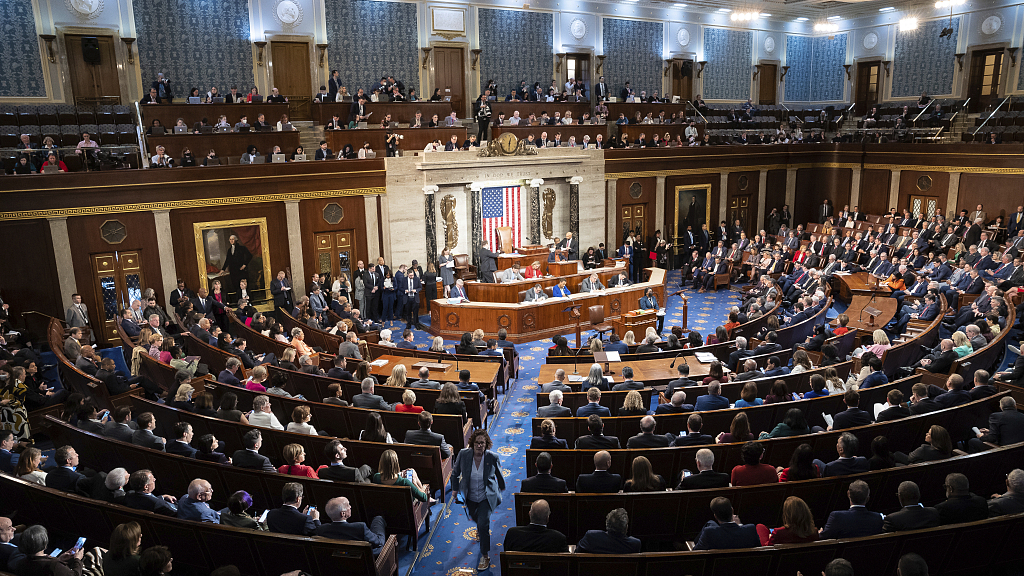 House members gather in the House chamber during the second day of the House speakership election at the U.S. Capitol, Washington. D.C., U.S., January 4, 2023. /CFP

House members gather in the House chamber during the second day of the House speakership election at the U.S. Capitol, Washington. D.C., U.S., January 4, 2023. /CFP

It wouldn't be wrong to state that the enemy of American democracy isn't China or any other "external threat" but its own divided politics. The U.S. political system is increasingly averse to consensus building, as the standoff over speakership also highlights, and is guided by confrontation in politics.

As such, the same attitude of confrontation is displayed by the U.S. in its foreign relations, particularly with China, where Washington fails to place the required importance on consensus. Troubled American citizens and international observers alike have expressed concerns time and again about the U.S.'s hegemonic and confrontational posturing that is severely hindering international cooperation with other major countries including China.

The political impasse over the Speaker's election has also starkly highlighted the challenge facing House Republicans, underlining the fact that even in the best interests of their party and perhaps even the country, some radical right-wingers simply would not budge an inch. They won't be appeased until all of their demands are accomplished, and even then, maybe not. Instead of engaging with the government, their main goals are to defund, disrupt, and undermine it.

It implies that whoever wins the messy leadership contest would encounter strong opposition when attempting to pass spending bills and other crucial pieces of legislation in the House. The ongoing drama is indicative of how the House Republicans have become more adept at blocking legislation than passing it, leaving the challenging task of getting things done to others.

This has also revealed how politics can paralyze governance in the world's largest democracy. As per the U.S. Constitution, no House business can run without a speaker, the lower chamber's presiding officer, who is also the second in line to the presidency behind the vice president. This means the lawmakers-elect have to continue voting until a candidate wins a majority.

Ultimately whoever emerges as the winner of this messy leadership contest, one thing is nearly certain: effective governance and politics the U.S. will still end up losing.