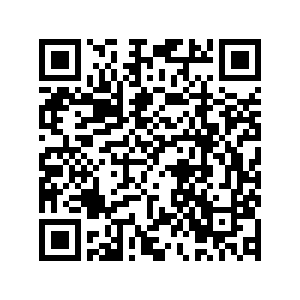 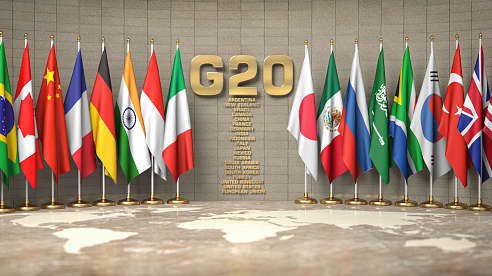 Editor's note: Kaushik Basu, a former chief economist of the World Bank and chief economic adviser to the Government of India, is Professor of Economics at Cornell University and a non-resident senior fellow at the Brookings Institution. The article reflects the author's opinions and not necessarily the views of CGTN.

In December, India began its yearlong G20 presidency, taking over from Indonesia amid the rising geopolitical tensions and economic uncertainty. Surging inflation has raised the specter of a global recession. Supply chains, made more efficient but more vulnerable by globalization and the digital revolution, are crumbling under the weight of COVID-19-related disruptions and the war in Ukraine, both of which have exposed and deepened the fault lines of the international order.

During the Great Recession of 2008-09, the G20 helped to prevent a worse crisis by persuading the world's biggest economies to coordinate their fiscal and monetary policies. With the global economy at a critical juncture, following decades of globalization that have made markets more interconnected, the group could once again play this role.

To confront the looming global crisis, G20 countries must, first and foremost, coordinate on their macroeconomic policies. During and after the Great Recession, developed economies attempted to boost growth by keeping interest rates at or close to zero – or even negative. While this was necessary, ultra-low rates soon became a trap, preventing countries that wanted to raise interest rates from doing so, lest their currencies appreciate and their exports decline.

The COVID-19 pandemic, Russia's conflict with Ukraine, and the spike in inflation have freed the world's largest economies from the low-interest-rate trap. But this transition could have been less painful had governments coordinated on their macroeconomic policies. With the global economy stands on the verge of recession, the G20 must provide leadership on this issue and help policymakers avoid their predecessors' mistakes. 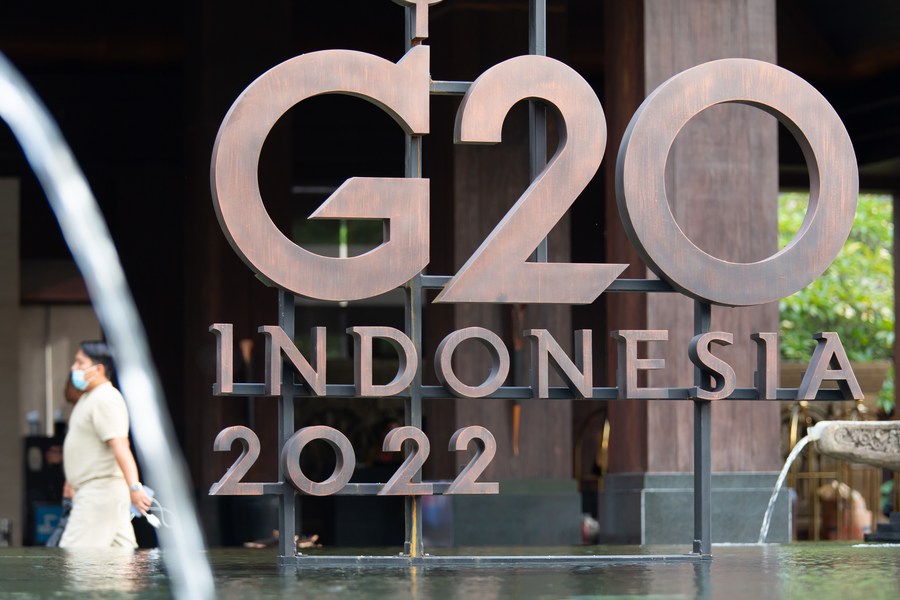 This photo taken on November 12, 2022 shows the logo for the 17th Group of 20 Summit outside Apurva Kempinski, the main venue for the summit in Bali, Indonesia. /Xinhua

This photo taken on November 12, 2022 shows the logo for the 17th Group of 20 Summit outside Apurva Kempinski, the main venue for the summit in Bali, Indonesia. /Xinhua

The pandemic and the war in Ukraine have also shown that in our globalized, interlinked world, every crisis is likely to have disproportionate economic effects. In a standard oligopoly, as described by the 19th-century economist Augustin Cournot, a few firms produce the same good, but this is no longer the case. For example, cars had once been produced in their entirety by a single manufacturer. Today, however many firms manufacture the different parts separately – one company makes the chassis, another the wheels, and so on – creating what I have called a vertically serrated industry.

These intricate production processes have led to greater vulnerabilities. In a classic oligopoly, if a war or a pandemic broke out and 10 percent of manufacturers stopped producing cars, 10 percent fewer cars would be produced. Nowadays, however, if the world's wheel manufacturers shut down, car production would fall by 100 percent. This is precisely what is happening today, as a chip shortage has disrupted the global car industry, leading to sharp price increases.

A vertically serrated industry could also be weaponized. Governments could, for example, threaten to shut down production of a critical component, such as computer chips, knowing that this would bring global production to a halt. Some policymakers, including U.S. Treasury Secretary Janet Yellen, have touted friend-shoring, whereby countries such as the United States intend to reduce their reliance on geopolitical rivals by limiting the sources of critical goods to a few trusted allies. But this approach could exacerbate tensions and push the world closer to a disastrous war. Instead, the world's superpowers must commit to avoiding such tactics. The G20 could play a central role in facilitating tense negotiations, designing international agreements, and overseeing coordination strategies.

But first, G20 countries must overcome their tendency to favor the interests of major economies. The pandemic, during which lower-income countries were deprived of access to vaccines due to hoarding by developed economies, has highlighted the need for global solidarity. As a 2020 letter to the G20 written by former UK Prime Minister Gordon Brown and others noted, the group could provide the sort of coordinated global leadership needed to address public health disparities between the Global North and South.

But even beyond the pandemic, emerging and developing economies, particularly in Africa and the Pacific, often find themselves at the mercy of major powers, their prosperity remains contingent upon election outcomes in developed countries. This year, the G20 could take a giant step forward by enabling several smaller countries to participate in its deliberations and make their voices heard.

We could call this proposed group G Minor. While the G20 represents the world's largest economies, the G Minor would represent the needs of the emerging and developing countries that lack the diplomatic and military clout required to protect their interests on their own. Forming such a group would be an admirable gesture of inclusion, enabling India to make its mark on the G20 and achieve a more just international order.