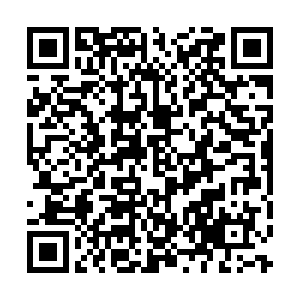 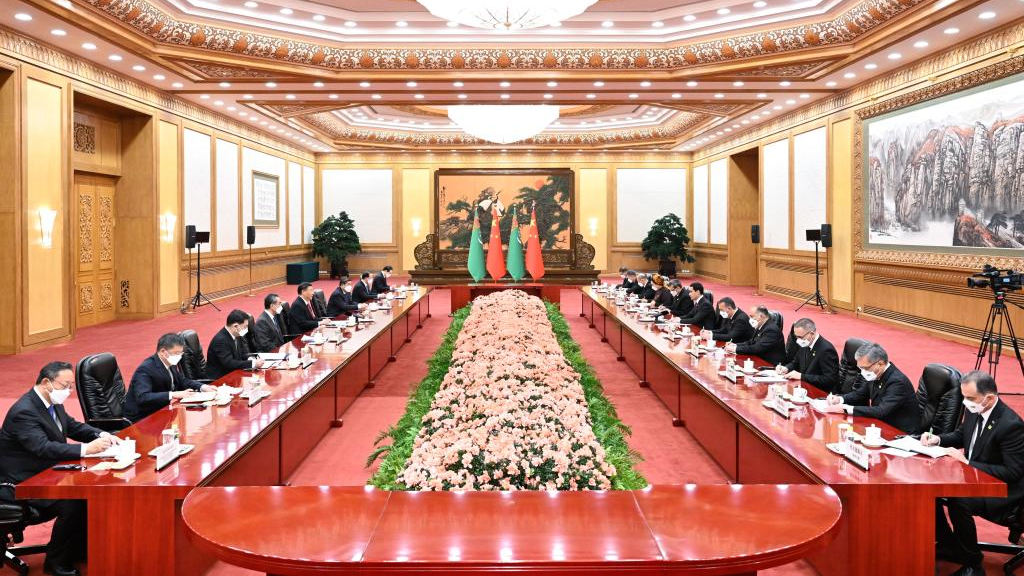 Editor's note: Djoomart Otorbaev is the former prime minister of the Kyrgyz Republic, a distinguished professor of the Belt and Road School of Beijing Normal University, and the author of the forthcoming book "Central Asia's Economic Rebirth in the Shadow of the New Great Game"(Routledge, 2023). The article reflects the author's views and not necessarily those of CGTN.

The state visit to China of the President of Turkmenistan, Serdar Berdimuhamedov, is of the utmost importance not only for the promotion of bilateral relations but also for the development of even stronger political and economic ties between China and Central Asia as a whole. Among other things, this is explained by the fact that in recent years the countries of Central Asia have been pursuing an increasingly coordinated policy. It was confirmed once again at the summit of the Shanghai Cooperation Organization in Uzbekistan last September, as well as during the visits of President Xi Jinping paid to Kazakhstan and Uzbekistan, his first trip abroad since the beginning of the COVID-19 pandemic.

It is well-known that the Central Asian countries have significant reserves of hydrocarbons. Given the latest trends in the global market, energy cooperation is becoming especially relevant.

But how important is the supply of natural gas to China these days? Over the past 10 years, China's annual gas consumption has grown by an average of 11 percent as more businesses and households connect to the distribution networks. Gas accounted for more than 8 percent of the country's overall energy consumption in 2020, up from 4 percent in 2010 and 2 percent in 2000; in 2020, 413 million people had access to gas compared to 286 million in 2015 and 170 million in 2010, as shown in the China Statistical Yearbook. Replacing coal and wood for heating and cooking has significantly reduced urban air pollution. 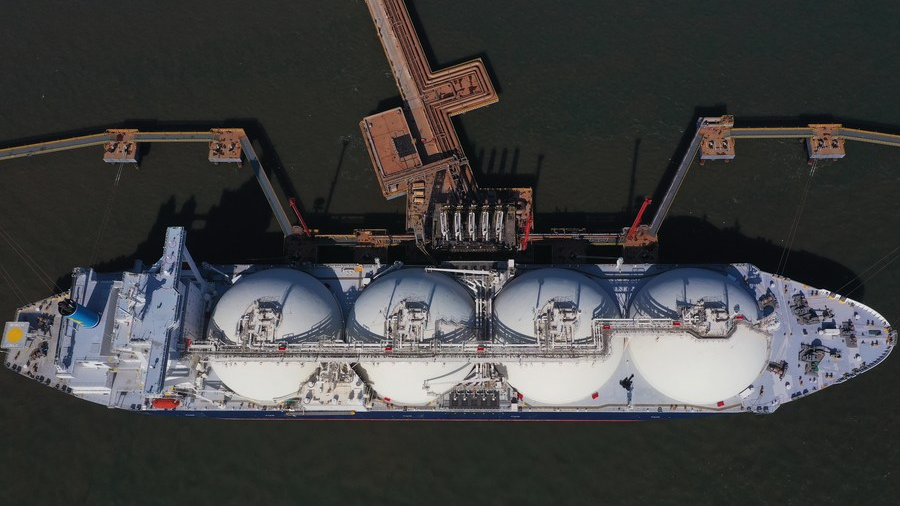 Natural gas consumption in China in 2021 was 378.7 billion cubic meters (bcm), an increase of about 13 percent from the previous year, based on research data published on Statista. And according to the International Energy Agency forecasts, China's demand will reach 535 bcm of gas by 2030 and 634 bcm by 2035.

China's import requirement rose to 170 bcm in 2021 from 29 bcm in 2011. By 2021, the country imported 45 percent of its domestic consumption, up from 34 percent in 2016 and 21 percent in 2011, according to Statistical Review of World Energy. Who is the leading gas supplier to China now, and how is it delivered to the country?

John Kemp, a market analyst specializing in oil and energy systems estimates that only a third of China's gas imports are shipped through pipelines; the rest come by sea in the form of liquid natural gas (LNG), and this share is continuously increasing. It should be noted that more than half of all imported LNG comes from Australia - 44 bcm and the U.S. - 12 bcm. Smaller volumes of LNG come from Qatar - 12 bcm, Malaysia - 12 billion and Russia - 6 billion.

Pipeline supplies by land from neighboring countries are becoming increasingly important. Currently, Turkmenistan is the dominant gas supplier by land, supplying up to 50 bcm, and for comparison, Russia supplies only about 8 bcm.

Turkmen gas exports to China began with Lines A and B of the pipeline, with a capacity of 30 bcm, completed in 2010. Later delivery was started by Line C, with a capacity of 25 bcm, commissioned in 2014. With the construction of an additional Line D between Turkmenistan and China through territories of Uzbekistan, Tajikistan and the Kyrgyz Republic, the annual capacity of gas supply would reach 85 bcm.

China signed memorandums with all parties on constructing the Line D route in September 2013; however, this project has not started yet. Here it should be noted that gas pipeline shipments will require significant time for construction and large investments.

The analysis shows that China and Turkmenistan are natural strategic trade and investment partners. For example, in trade, China is already Turkmenistan's largest partner, and exports to China exceed 80 percent of all country's exports. But what is especially important is that Turkmenistan can supply additional large volumes of gas to China. For example, from the Galkynysh and Yashlar fields, where the initial reserves are estimated at an enormous 21.2 trillion cubic meters.

When discussing future cooperation between China and Turkmenistan, the production of "blue" hydrogen from natural gas directly in the gas fields of Turkmenistan, with its subsequent supply via pipelines to China, seems especially promising. If it could be done, it would be a real breakthrough – the green project of the century of the Eurasia continent.