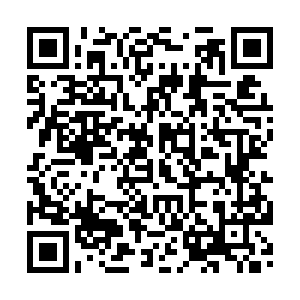 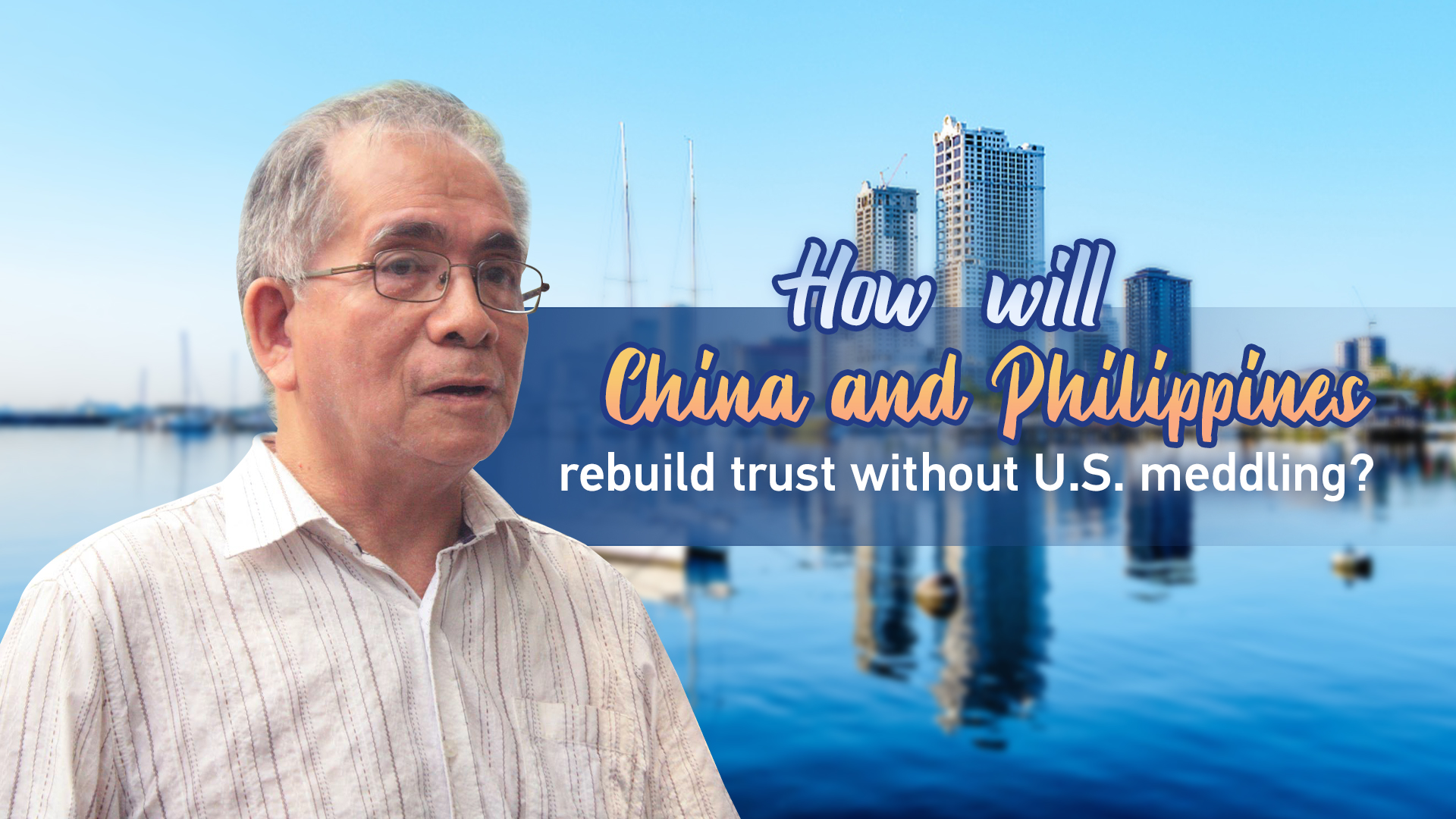 Editor's note: Philippines' Ferdinand Marcos has become the first foreign leader to visit China in 2023. How will the two Asian neighbors tackle the South China Sea issue? How will Marcos balance relations with China and the U.S.?  Bobby Tuazon, Policy Studies Director at Philippine think tank Center for People Empowerment in Governance, gave us some clues during an interview. The views expressed in the video are his own and not necessarily those of CGTN.

CGTN: Bloomberg recently claimed China built up "unoccupied land features" around Nansha Islands, to which China responded by saying it was "purely made out of thin air." To maintain our close ties, is there any solution to miscommunication in the South China Sea?

Bobby Tuazon: Bloomberg is an American media company, which has its own biases and sometimes even meddles in the internal affairs of China.

Having established those facts, it is incumbent upon both sides or their representatives to talk about the situation and find out any prompt solution that can be made to prevent the escalating of the incident.

Right now, on the state visit of Philippine President Ferdinand Marcos to China, both sides are set to sign about 14 bilateral agreements, one of which talks about opening a direct communication line between Chinese and Philippine governments.

If it pushes through, the communication line will help a lot in terms of verification, and help prevent miscalculation and misunderstanding between the two countries, whenever incidents like the one you mentioned take place.

I hope in the coming weeks and months, they will become functional, and both sides including the Philippine military will honor those arrangements.

Secondly, since 2017, during the time of Philippine President Rodrigo Roa Duterte, there was already a Bilateral Consultation Mechanism that was established with the aim of scheduling dialogues in order to resolve common problems, including the maritime disputes in the South China Sea.

Aside from the emergency communication line, this bilateral dialogue mechanism will help arrive at solutions when both sides meet, either in Beijing or in Manila.

It is also important toward building trust and confidence between both sides to address problems in a peaceful way, knowing that you can trust the other side, and the other side will also trust you.

CGTN: China is easing the dynamic zero-COVID policy. In the post-pandemic era, what do you think of our two countries' cooperation in fields like tourism and investment?

Tuazon: Filipino people as a whole are friendly to Chinese people. At any time, Chinese people can come to the Philippines as visitors or as tourists.

In late 2019, the number of Chinese tourists coming to the Philippines reached 1.7 million. With the imminent end of the COVID-19 pandemic, the fast recovery and rebuilding of the economy in China as well as the Philippines itself, I would predict positively that the number of tourists that was recorded in 2019 will be reached again in 2023 or in the coming years, especially as a result of the state visit of President Marcos to China. 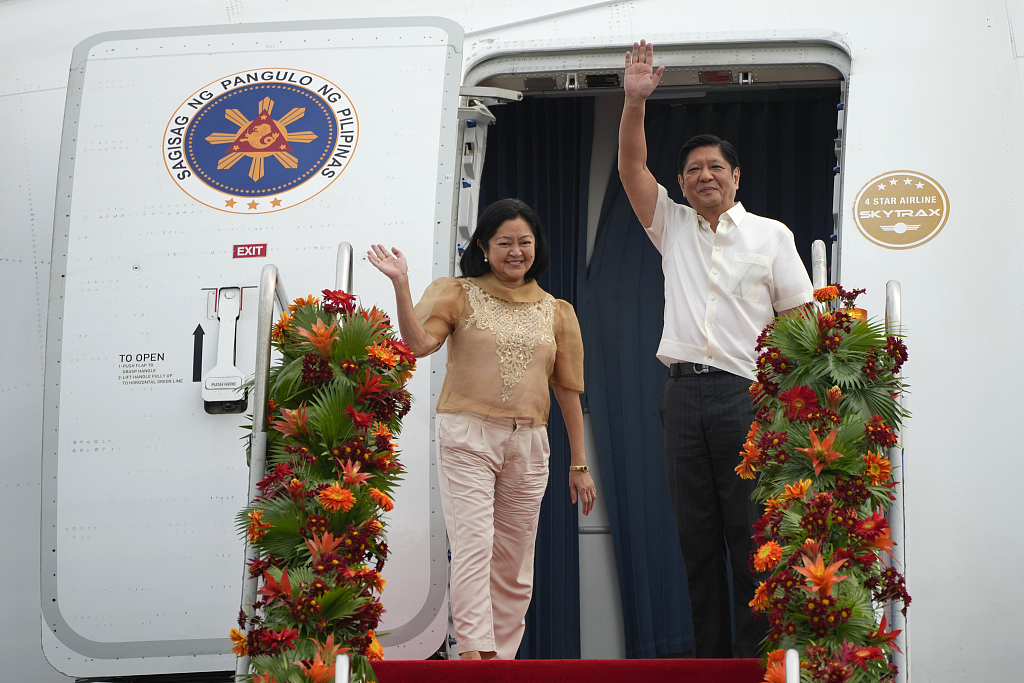 Philippine President Ferdinand Marcos Jr. and his wife Maria Louise board a plane for China at Villamor Air Base in Manila, Philippines, January 3, 2023. /CFP

Philippine President Ferdinand Marcos Jr. and his wife Maria Louise board a plane for China at Villamor Air Base in Manila, Philippines, January 3, 2023. /CFP

I look at the future relations between the two countries in a positive way, with one country, a rich and well-endowed country like China, always ready to come to the aid of a brother like the Philippines. That is beyond question, especially because during the pandemic, China was the first country to come to the aid of the Philippines. The Filipinos will not forget the generous support coming from China.

CGTN: Kamala Harris recently reaffirmed "an armed attack" on the Philippines in the Pacific would invoke U.S. mutual defense commitments under "the 1951 U.S.-Philippines Mutual Defense Treaty." Known for his "friend to all" policy, how will Marcos strike a balance between the relations with China and the U.S.?

Tuazon: That kind of statement by Harris is not only irresponsible but provocative.

Everybody knows that China will not entertain such a ridiculous idea of an arm attack on the Philippines. Knowing the history of China, it has never colonized any country. It has not taken over any other territory.

To sum up as a whole, Harris is bluffing the Philippine president. Marcos and his advisers are all aware that no such thing will happen, that the lines are open between the two countries, and that whenever a particular issue arises, the two countries can discuss such issues right away without interference by America. The relation should be only among friends, among the two parties and no other country.