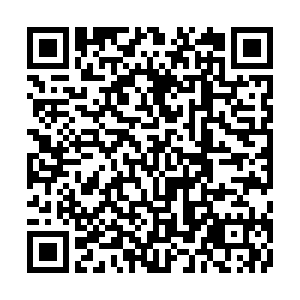 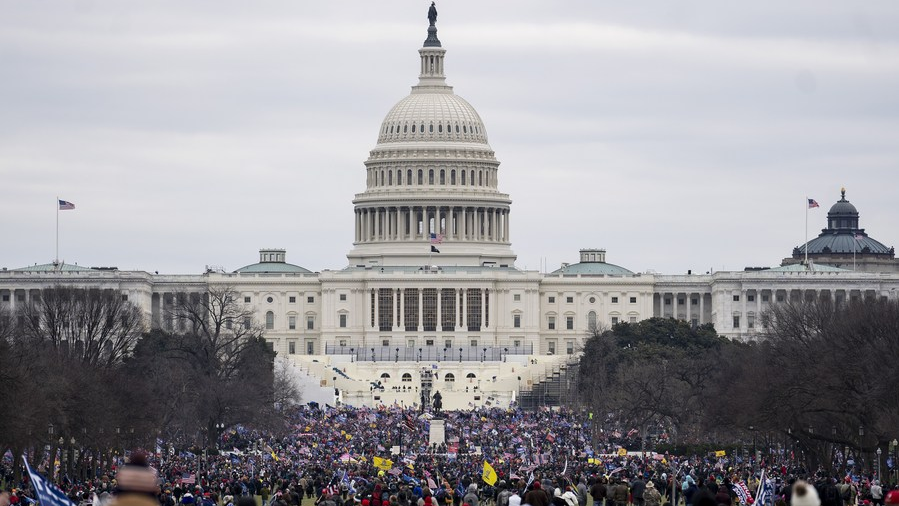 It has been two years since Republican supporters stormed the Capitol. The January 6th Committee Report released last December claims that Donald Trump, the former U.S. president made false election fraud allegations, pressured officials to comply with his demands, provoked the rioters, and failed to act when the riots started.

For those who believe in the U.S. democratic system, finding the causes of the incident is important for making efforts to ensure such a situation isn't repeated. However, this report hasn't convinced a divided America. Numerous polls indicate Democrats are more likely to support its conclusions than Republicans.

Contrary to its conclusions, a Republican counter-report released a day before the House January 6 committee's final report details how Republican investigators were denied by U.S. House Speaker Nancy Pelosi from participating in the biased Democratic-led investigation. They conclude that key security failures rendered the police ineffective during the mob violence, which was the real cause of the riots.

Some like Yochai Benkler, the co-director of the Berkman Klein Center for Internet and Society at Harvard University, dismiss the Republican position and fortify the Democratic stance by blaming a "propaganda feedback loop" within Republican circles. Here, "propaganda" is used in the sense that false reports become an "objective" reality for those who benefit from them.

The problem is, claiming that Democrats have a superior grasp over objective reality, immune to "feedback loops," is vacuous. Democrats and Republicans alike operate consciously and unconsciously within the realm of these loops that, taking on a life of their own, act as the springboard for implementing policy. We see this constantly with the fictitious claims used to justify U.S. aggression abroad.

When it comes to the Capitol riots, no doubt distorted facts exist. However, two accounts of blame, for an objective event, can be legitimate without being contradictory. Trump's actions as well as neglect of security both fed into the cause of the riots. Determining which of the causes should be considered the prime cause depends on the interests of the involved parties.

The problem with both reports is that the Democrats and Republicans, funded by capitalist donors, fundamentally do not represent the democratic interests of the majority of workers. Thus, both reports acting for minority interests further highlight the illusion of American democracy. 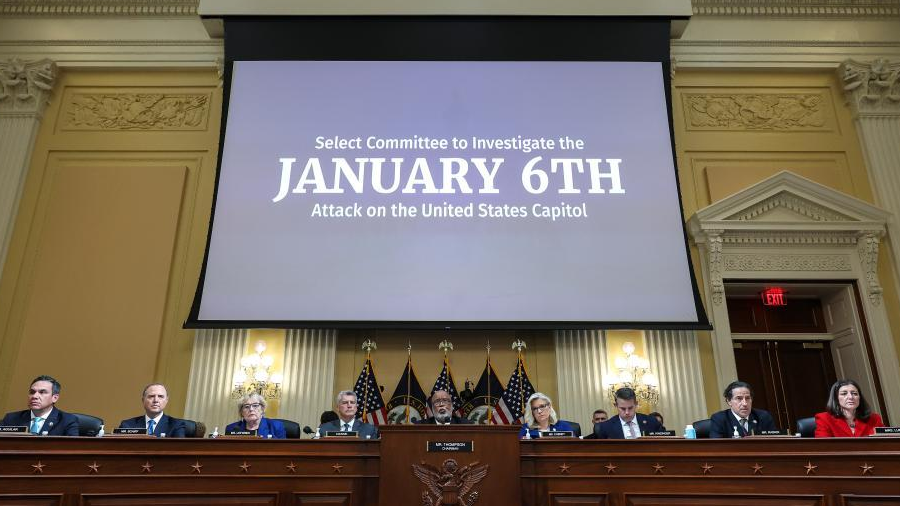 A public hearing of the U.S. House Select Committee to investigate the January 6th attack on the U.S. Capitol, October 13, 2022. /Xinhua

A public hearing of the U.S. House Select Committee to investigate the January 6th attack on the U.S. Capitol, October 13, 2022. /Xinhua

Republicans will argue this conclusion too, which is why they rioted. But they are also lost in a democratic illusion because they, like the Democrats, attribute superficial blame to the riots, which in turn leads to superficial solutions. Neither the explanation of "Trump's speech" nor "inadequate policing" address the root systemic issues that caused the riots. Accepting that either report could solve the U.S. democratic deficit obfuscates deeper causational problems that sparked the riots and, in turn, justifies the system, which "merely needs a little tinkering" to restore democracy.

Even if U.S. democracy was restored to its previous state, it was never truly democratic. The symptoms of its absence appear in homelessness, infrastructure decay, poor healthcare and foreign wars. The charade of voting for blue or red will not change material circumstances and accepting one report as "authenticate" is a continuation of this circus.

What then are Republicans and Democrats fighting for? One key issue is whether the stewardship of the U.S. should be led by transnational capital, otherwise known as the globalists, which the Democrats support, or whether national elements of capital embodied by Republicans should prevail. This elitist class war divides the U.S. working masses in two, preventing them from becoming a class for themselves.

While Republicans will often deride the "globalists" and hitch with billionaire Trump, they lack a working-class consciousness to transform their reality and define it in their interest. Operating in the realm of "capitalist realism" they envisage the U.S. system as the "best of the worst" and are unable to imagine a future where the means of production are democratized. Indeed, the ideological tools of workers' emancipation, such as pragmatic Marxist theory, are taboo and they are left with outlandish universalizing theories that are unable to deal with lived contradiction.

In this democratic illusion, where material change cannot be imagined, the crumbs left on the table is the immaterial "apartheid" of identity politics where the workers are separated by race, gender and sexuality, which is leveraged by the U.S. political system and sold as an expression of democracy while simultaneously being commodified by capitalism. Here, the most implausible liberal elements of this commodified culture war, which attacks individual embodiment, are propagandized as a Marxist plot, which further alienates workers from "their" ideology.

To heal the U.S. divide, its working class must see through the democratic illusion and become class-conscious by uniting across party, race, gender and sexuality so that they can define and analyze objective reality from their own position and for their own interests, rather than acting of behalf of global or national capital.