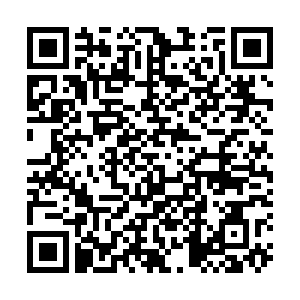 The blue-green painting technique marked a new high in China's traditional art practices. This ancient term for fine art was revived in the mid-1980s by renowned painter He Haixia. 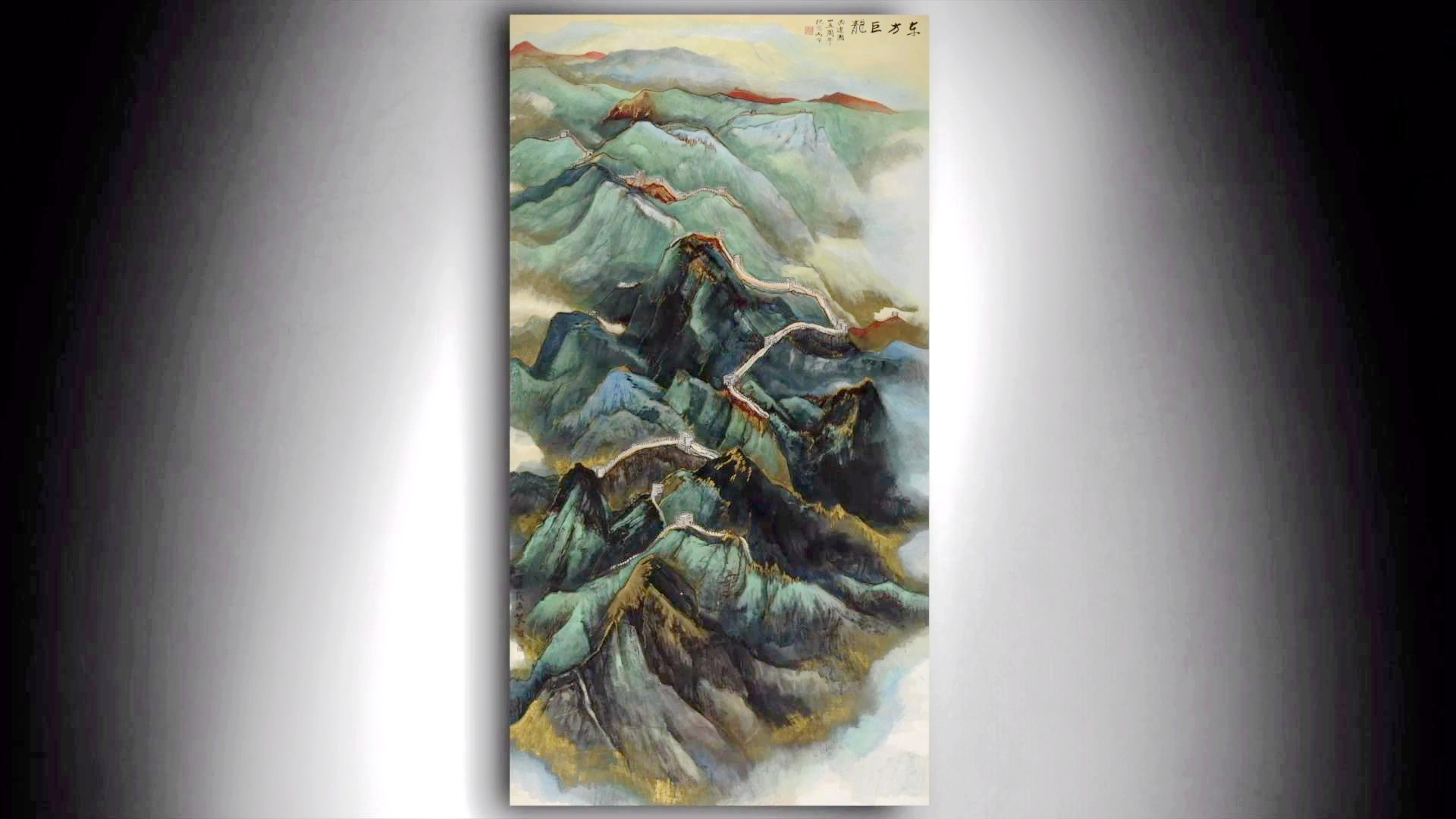 Entitled "The Dragon of the Orient," this painting by He Haixia in 1984 has rejuvenated the traditional blue-green landscape style with a vibrant modern character while capturing the spirit of China's Great Wall in a new era. 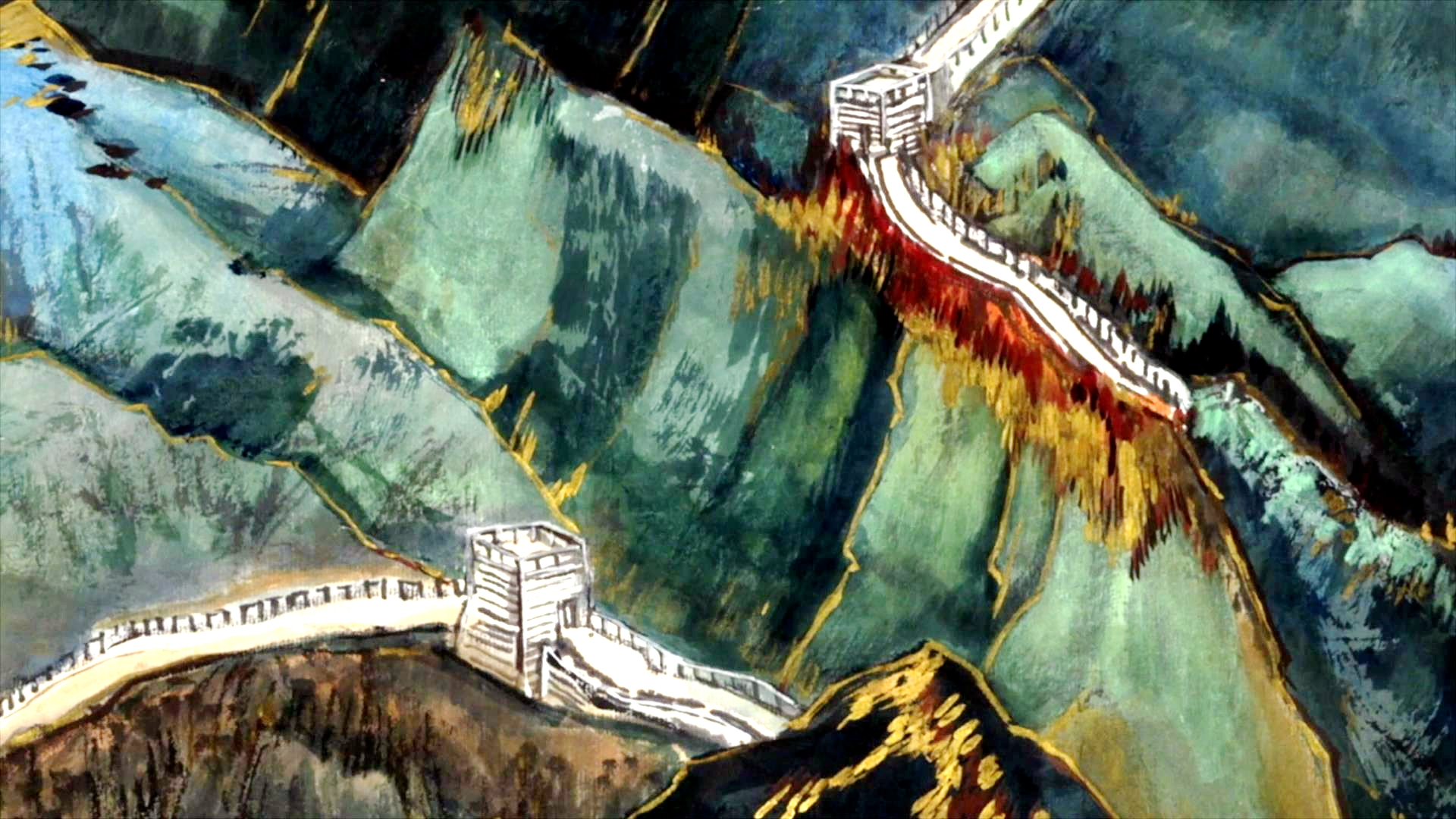 Details of the painting "The Dragon of the Orient" by He Haixia. /CGTN

Details of the painting "The Dragon of the Orient" by He Haixia. /CGTN

A close inspection of the work reveals how dozens of mountain peaks and ridges have been methodically arranged. It has a sense of power and gravity that comes from the sinewy application of ink and color, all bound together with lustrous golden contours.

In the painting, viewers can sense the vastness of the mountains in southwest China, the grandeur of the rivers in northwest China, as well as the magnificence of the Great Wall in northern China. 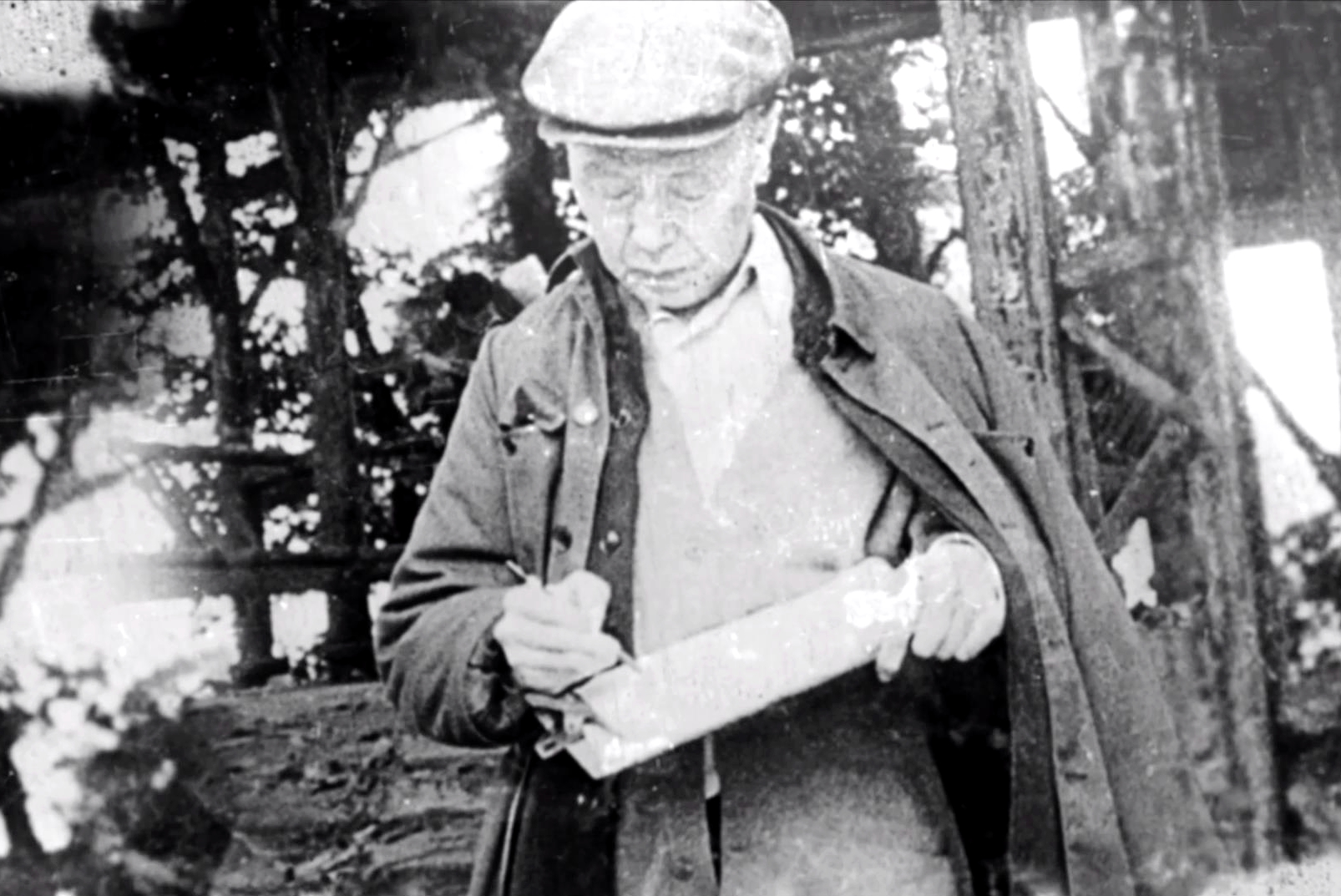 He Haixia was born in Beijing in 1908. Growing up in the shadow of the Forbidden City, he admired its towering arches and sturdy city walls throughout his childhood.

Liulichang Culture Street in the Chinese capital has for centuries been a beloved market for artists and scholars seeking antiques, paintings, and various other items. While working there as an apprentice, He Haixia was fascinated by his master's copies of Ming Dynasty painter Qiu Ying's works. Occasionally, he would get the chance to fill in the colors himself. The quaint blue and green hues left a deep impression on the mind of the teenager. Through copying ancient paintings at Liulichang, He Haixia embarked on his artistic career and continued to perfect the technique of painting blue-green landscapes.

In 1935, the renowned painter Zhang Daqian recognized He Haixia's talent and took him on as a student. During their trips to Sichuan over the following years, He Haixia learned from the natural landscape as well as from his master. He later attributed his success as an artist to this period of "reconciling nature with technique." 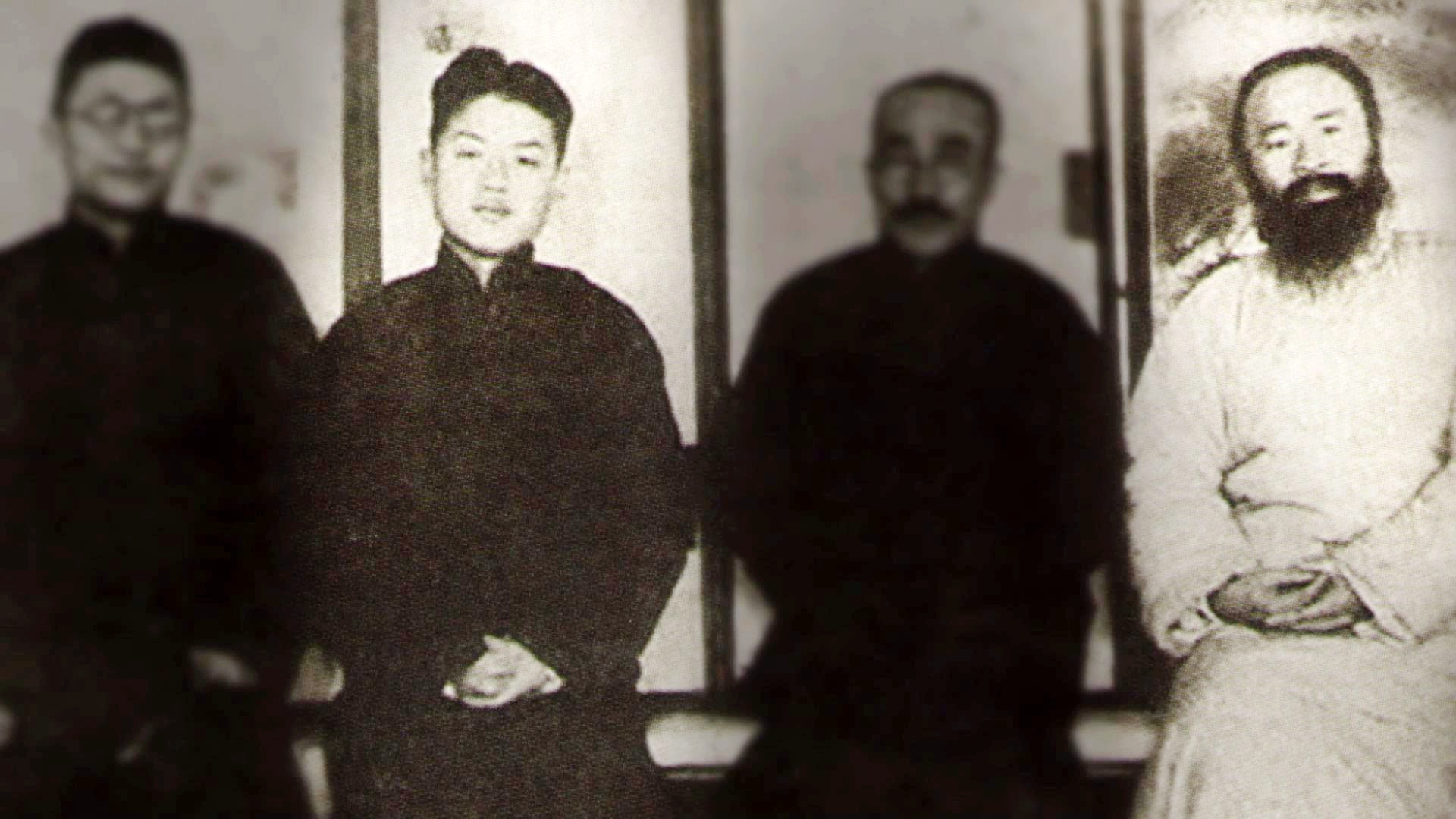 After 1949, He Haixia settled in Xi'an, Shaanxi. He broadened his artistic scope in the ancient land of vast plains and poignant operas. Bridging the gap between tradition and the present day, he transformed the abstract idiom of the blue-green technique into an instrument depicting the earthy vigor of northern Shaanxi.

As He Haixia explored new techniques, the times were changing. In 1978, China launched its reform and opening-up policy. In his 70s at the time, He Haixia entered the peak period of his artistic creativity. The painting master used his blue-green techniques to produce a number of brilliant works that greatly enriched the contemporary culture of an emerging China in a new epoch.

In 1984, 76-year-old He Haixia ascended the Beijing section of the Great Wall. Beholding the prosperity of the country, the artist could barely contain his pride. He was determined to compose an ode of praise in brilliant blues and greens. 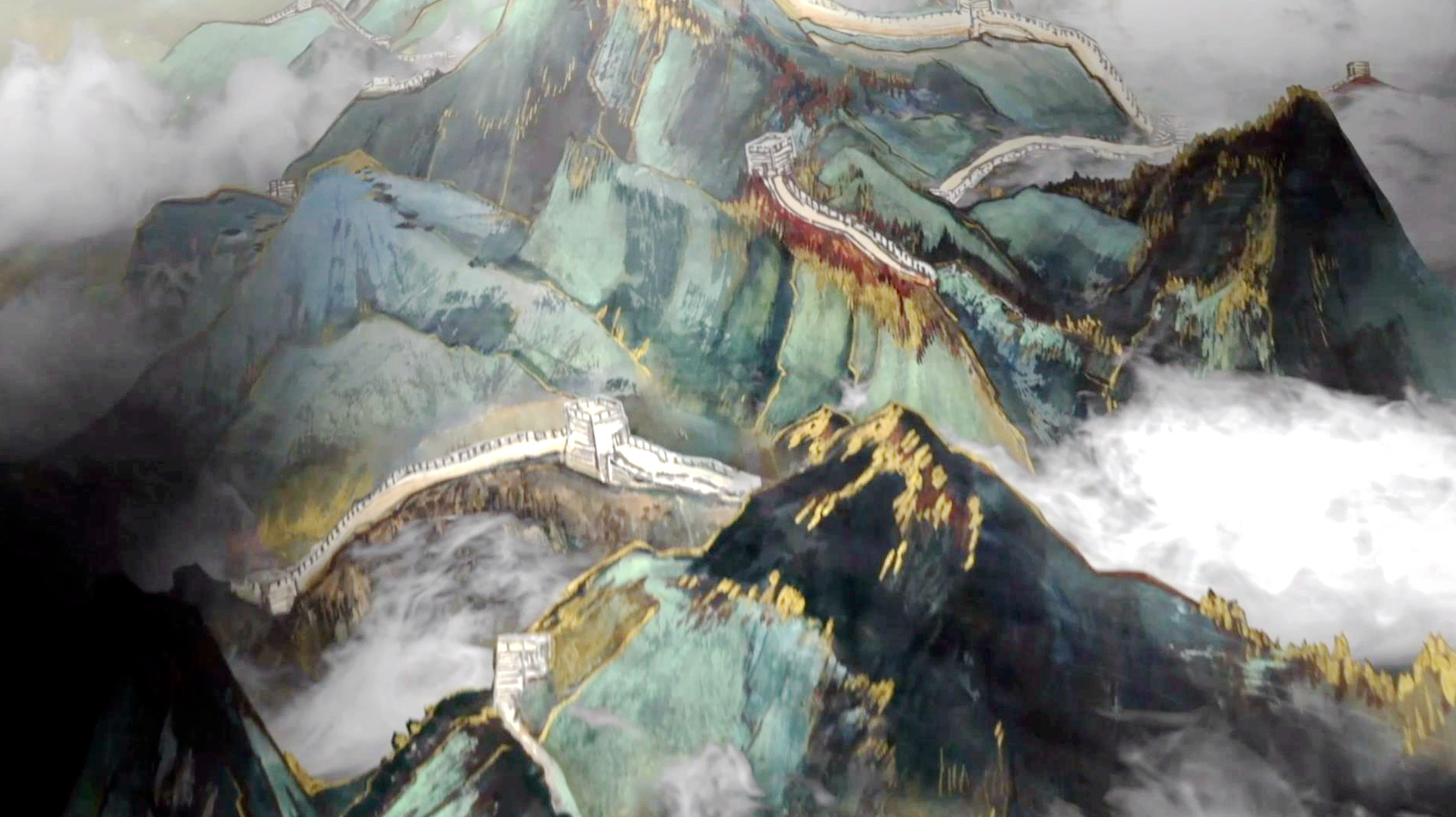 Details of "The Dragon of the Orient" by He Haixia. /CGTN

Details of "The Dragon of the Orient" by He Haixia. /CGTN

With a base of inky hues, he traced the contours of the mountains. He always composed an ink wash draft before filling in the dazzling colors. The painting was dedicated to the 35th anniversary of the founding of the People's Republic of China.

The blues and greens used to portray the era were inspired by the prosperity of the times. He Haixia's art pieces revived the most glorious memories in the history of Chinese fine art. The spiritual essence of a prosperous China and its contemporary aspirations embodied in his work, "The Dragon of the Orient," will live on.