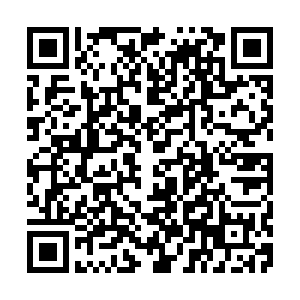 Republican party leader Kevin McCarthy on Thursday failed for the 11th time to win enough votes needed to be elected as speaker of the House of Representatives, suffering a historic failure that has underscored divisiveness among GOP members.

In a bid to seize the chamber's gavel, the congressman previously offered concessions to the holdouts, who account for around 10 percent of GOP lawmakers, but still could not swing their vote as he only received backing from 200 Republicans in the latest ballot.

After failing to put a majority behind the Republican McCarthy's candidacy, the House reached a level of dysfunction not seen since 1859, when it took 10 votes to select a leader in the turbulent run-up to the Civil War.

With its inability to choose a leader, the 435-seat House has been rendered impotent — unable even to formally swear in newly elected members let alone hold hearings, consider legislation or scrutinize Democratic President Joe Biden and his administration.

Republicans won a slim 222-212 House majority in the November midterm elections, meaning McCarthy cannot afford to lose the support of more than four Republicans as Democrats united around their own candidate.

McCarthy, a congressman from California who was backed by former President Donald Trump for the post, offered the holdouts a range of concessions that would weaken the speaker's role, which political allies warned would make the job even harder if he got it.

His opponents remained unyielding, saying that they do not trust him to stick to the scorched-earth tactics they want to use against Biden and the Democratic-controlled Senate.

As speaker, McCarthy would hold a post that normally shapes the chamber's agenda and is second in the line of succession to the presidency behind Vice President Kamala Harris. He would be empowered to frustrate Biden's legislative agenda and launch investigations into the president's family and administration in the run-up to the 2024 presidential election.

At least 200 Republicans have backed McCarthy in each of the votes this week. A slim minority of Republican lawmakers have voted against him but they are enough to deny him the 218 votes needed to succeed Democrat Nancy Pelosi as speaker.

(Cover: Representative Kevin McCarthy (L), a Republican from California, during a meeting of the 118th Congress in the House Chamber at the U.S. Capitol in Washington, D.C., U.S., January 5, 2023. /CFP)