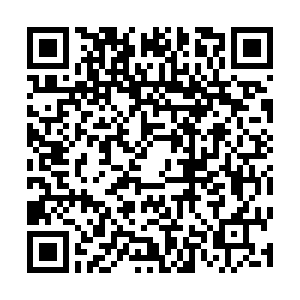 The U.S. House of Representatives voted to adjourn again on Thursday with no speaker elected, after the House Republican leader Kevin McCarthy lost an 11th round of voting for the gavel.

The voting propelled the House to a level of dysfunction not seen since the turbulent era just before the Civil War, raising questions about the party's ability to wield power.

After the 11th ballot, the House adjourned for the third time this week and lawmakers will reconvene at noon on Friday.

McCarthy's opponents say they do not trust him to fight for the deep spending cuts and other restrictions they want to impose on President Joe Biden and the Democratic-controlled Senate.

But some Republicans held out hope of an agreement after ballot between McCarthy and at least some of the 20 hard-line conservatives who have opposed his candidacy in ballot.

At least 200 Republicans have backed McCarthy in each of the votes this week. Fewer than 10 percent of Republican lawmakers have voted against him but they are enough to deny him the 218 votes needed to succeed Democrat Nancy Pelosi as speaker.

Republicans won a slim 222-212 House majority in the November midterm elections, meaning McCarthy cannot afford to lose the support of more than four Republicans as Democrats united around their own candidate.

Because of its inability to choose a leader, the 435-seat House has been rendered impotent - unable even to formally swear in newly elected members let alone hold hearings, consider legislation or scrutinize Biden and his administration.

As speaker, McCarthy would hold a post that normally shapes the chamber's agenda and is second in the line of succession to the presidency behind Vice President Kamala Harris.

He would be empowered to frustrate Biden's legislative agenda and launch investigations into the president's family and administration in the run-up to the 2024 presidential election.

The inability to agree on a leader also raises questions about whether Republicans will force a government shutdown or risk default later this year in a bid to extract steep spending cuts. Some of the holdouts say they expect McCarthy or any other Republican leader to take that approach.

If McCarthy ultimately fails to unite Republicans, they would have to search for an alternative. Possibilities include No. 2 House Republican Steve Scalise and Representative Jim Jordan, who have both backed McCarthy.

(Cover: U.S. House Republican Leader Kevin McCarthy pleads his case one-on-one with Republican Andrew Clyde after losing a 7th consecutive round of voting for Speaker of the House at the U.S. Capitol in Washington, D.C., U.S., January 5, 2023. /Reuters)