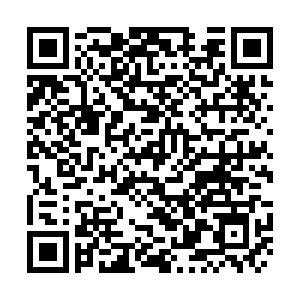 Chinese paleontologists have discovered the fossil of a new marine reptile species, dating back 244 million years, in Luoping County, southwest China's Yunnan Province. The study was published in the journal Scientific Reports on Thursday.

The species, named Luopingosaurus, is a lizard-like marine reptile. It is known as a pachypleurosaur with a long, pointed mouth, reaching more than half a meter in length.

The long snout, accounting for over half of its head, facilitated the reptile to catch prey as it could largely reduce resistance during chases in the water, said Shang Qinghua, a researcher from the Institute of Vertebrate Paleontology and Paleoanthropology under the Chinese Academy of Sciences. 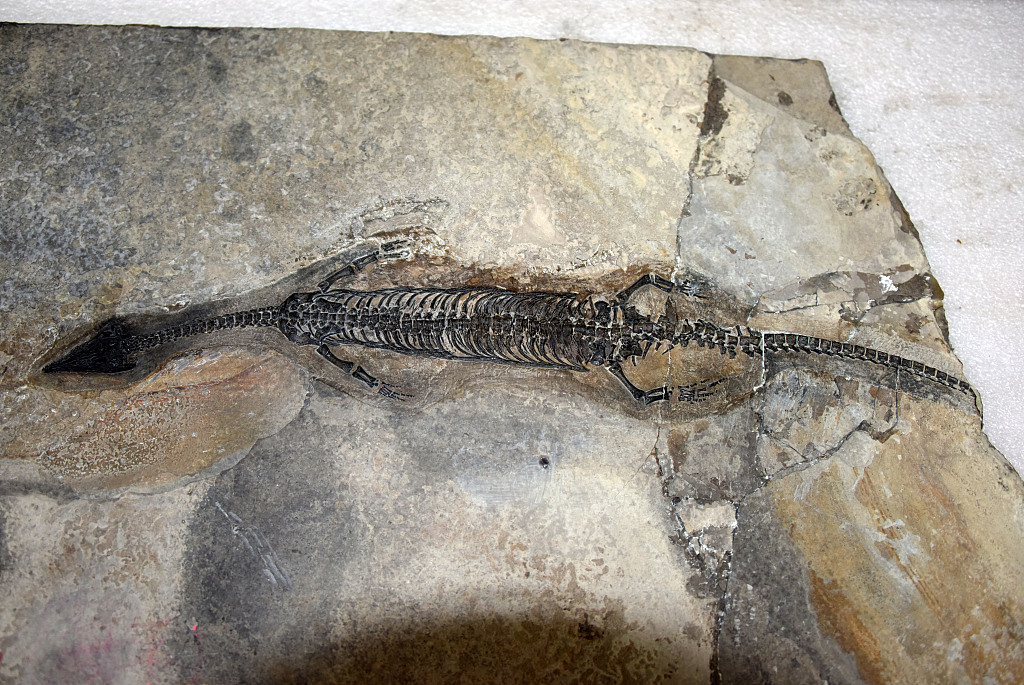 The holotype of Luopingosaurus of the marine reptile. /CFP

The holotype of Luopingosaurus of the marine reptile. /CFP

The discovery provided new insights into the early evolution of pachypleurosaur, Shang added.

According to the study, the reptile's forelegs had multiple phalanges, making its flippers more flexible when changing direction in the water. The discovery also represented the oldest fossil evidence of Sauropterygia with multiple phalanges.

The study also indicated that during the evolutionary process, the lateral grasping ability of pachypleurosaurs for small fish and other prey is gradually increasing, but the efficiency of swallowing after grasping is gradually decreasing.

During the Triassic period, Luoping was in a shallow marine environment, and the middle Triassic fossil bank found in the area is called the Luoping Biota. Once home to invertebrates, fish and a variety of marine reptiles, the Luoping Biota provides a new and early window on recovery and radiation of Triassic marine ecosystems around 10 million years after the great extinction at the end of the Permian period.

The first named marine reptile discovered in China was also a pachypleurosaur, namely Keichousaurus, found in 1957.