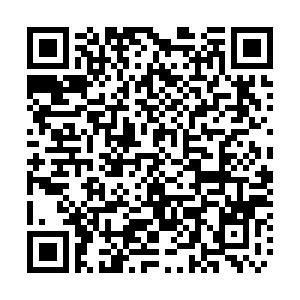 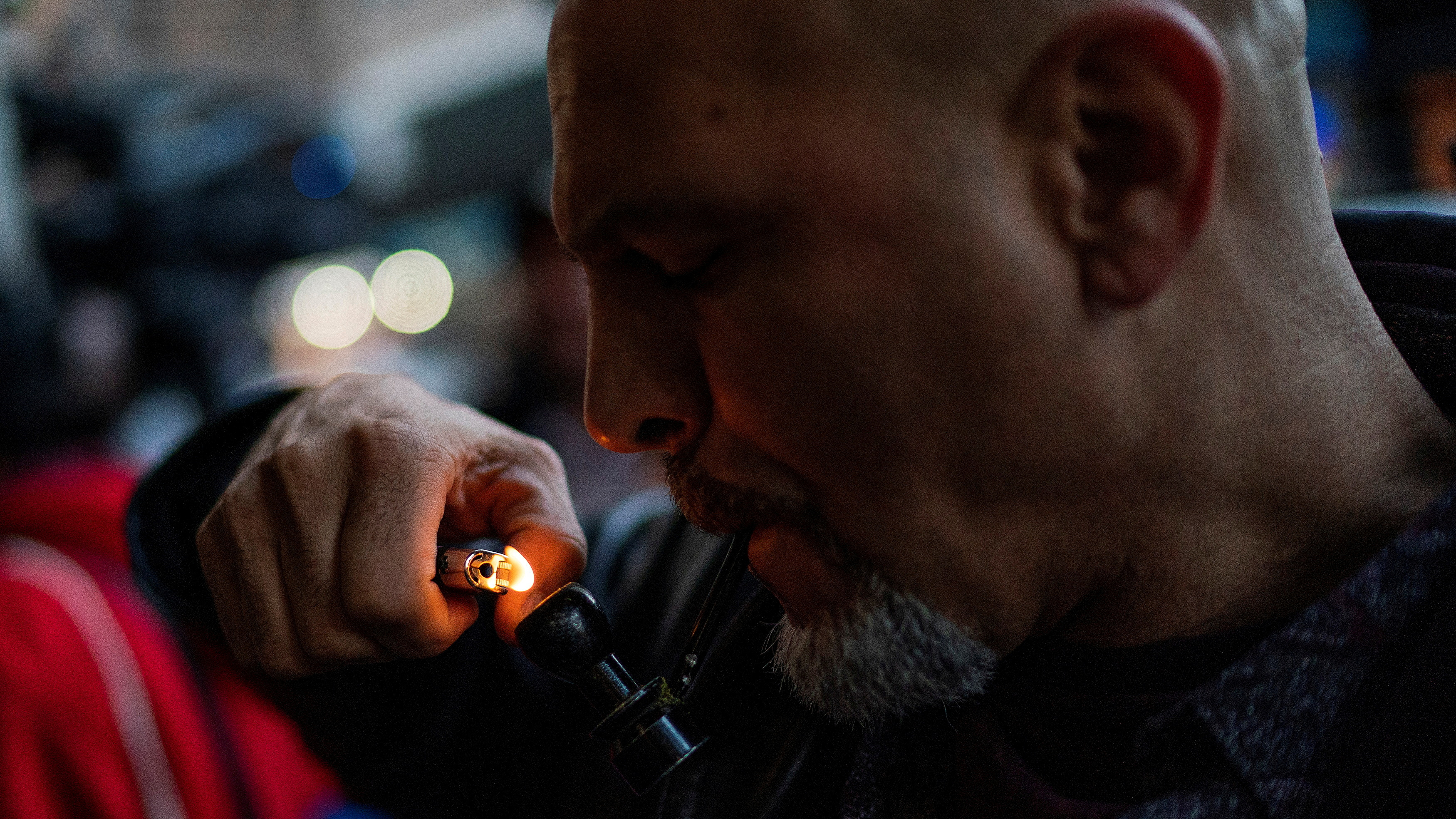 A man smokes marijuana in a pipe during the opening of the first legal recreational marijuana dispensary located in New York City, U.S., December 29, 2022. /Reuters

A man smokes marijuana in a pipe during the opening of the first legal recreational marijuana dispensary located in New York City, U.S., December 29, 2022. /Reuters

Garbage-strewn streets, dilapidated buildings, and pale-faced people dragging their feet. A scene from an apocalyptic movie? No. It is from a video taken in Kensington, Philadelphia, a neighborhood often known as "zombie land" for its appalling number of drug addicts. These days, the scenario is also playing out in many other cities across the United States.

According to a Gallup poll this year, the number of drug users in the U.S. has exceeded that of smokers, accounting for 7.7 percent of the total population. Since 2000, drug overdoses have killed nearly 1 million Americans. Over 100,000 drug overdose deaths occurred during the 12-month period ending in April 2021. With only 5 percent of the world's population, the U.S. consumes approximately 80 percent of the illicit drugs produced in the world. In 2021, 16,000 tons of marijuana, heroin and cocaine were sold in the country.

The American drug epidemic can date back to the Vietnam War, when the U.S. military dispensed large numbers of psychotropic drugs to improve soldiers' performance and mitigate the negative effects of low morale. Lots of lonely and fearful soldiers on the battlefield were heavy users of marijuana and morphine. After returning home, though, the veterans did not receive the welfare benefits they deserved, but were abandoned by their government and even families. Having failed to return to a normal social life, many of them, especially those disabled or traumatized, chose to hand over their lives to drugs.

Also, in the 1960s, with the U.S.-Soviet tension and the shadow of a nuclear war looming over the world, a group of rebels, known as "hippies," emerged in American society. Drugs like LSD (lysergic acid diethylamide) and marijuana were widely spread as a symbol of the hippie culture to vent discontent with the country.

The problem worsened as greedy private pharmaceutical giants in the U.S. spotted an opportunity. The most notorious of them is Purdue Pharma, an American company sponsored by the Sackler family. In 1981, Purdue developed a drug called Moscontin, a morphine tablet to relieve pain. Since morphine was heavily regulated and restricted in the U.S., Moscontin was for medical use only. But in pursuit of greater profits, Purdue developed OxyContin, a new version of Moscontin, claiming that it did not contain morphine. The Sackler family then started a campaign for the so-called "basic human rights" to be free of pain. It paid medical experts heavily to lobby the government, arguing that OxyContin was safe with an addiction rate of less than 1 percent. It also bribed top officials of the Food and Drug Administration to give OxyContin the green light and classify it as a generic prescription drug.

Healthcare was expensive in the U.S. Unable to afford to see a doctor, many people kept painkillers at home, fueling the spread of OxyContin across the country. Nevertheless, Oxycodone, the main ingredient in OxyContin, was very similar to heroin, an addictive drug banned at the time. In 2020, Purdue Pharma declared bankruptcy in the face of thousands of lawsuits against it, but the lie it fabricated lasted more than two decades and created millions of addicts in the country. 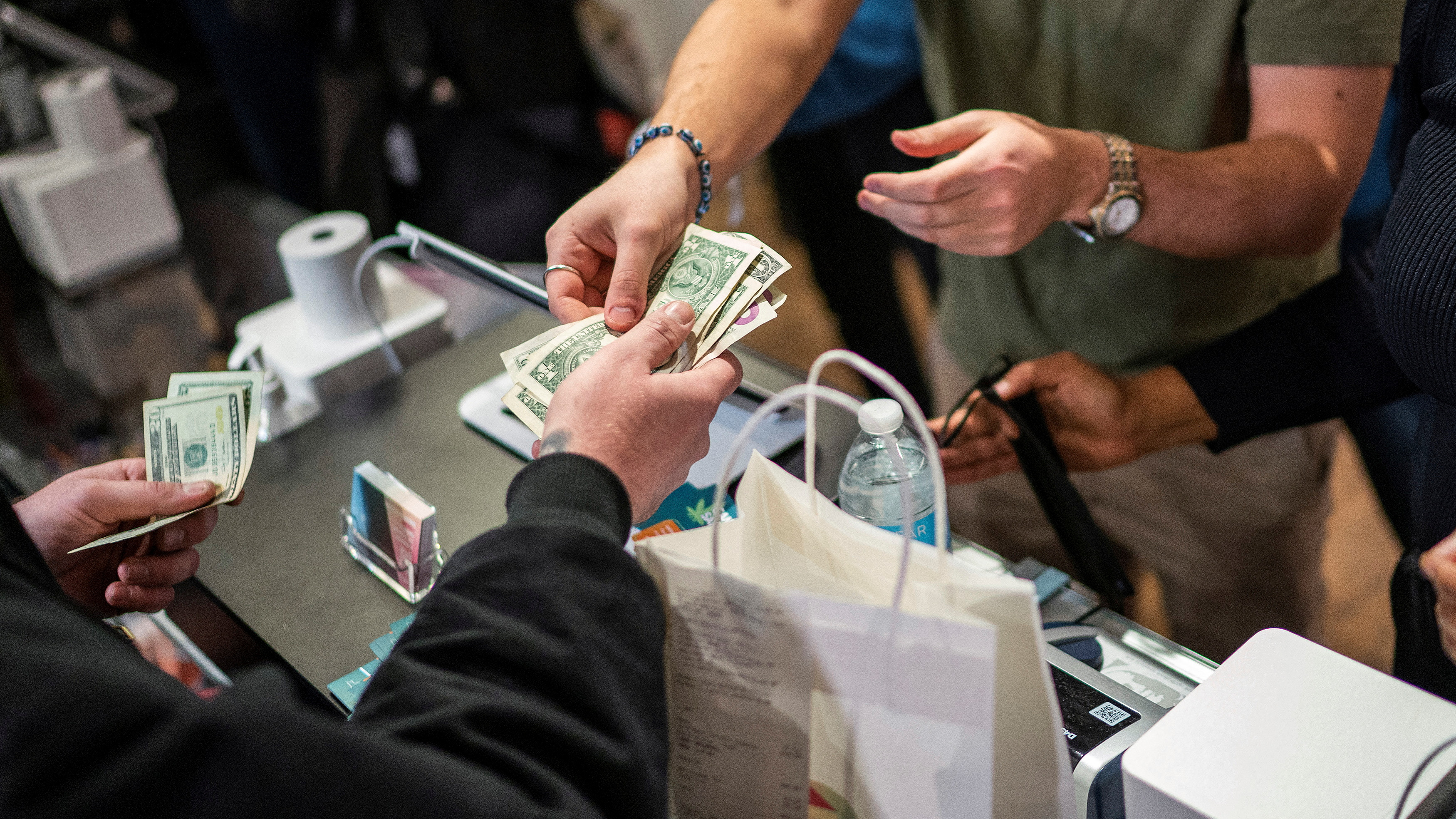 American capitalists have seen drugs as a money-spinner from the very beginning, while American politicians often play the drug card to serve their agenda.

In 1976, Democratic candidate Jimmy Carter said in a campaign speech that he would abolish federal criminal penalties for the possession of small amounts of marijuana, which won him the support of many drug-addicted Americans.

In recent years, the decriminalization of drugs has gone further in the U.S. To reap more economic benefits and earn support of drug decriminalization advocates, Oregon announced loosening drug control in 2020, which was followed by Arizona, Montana and New Jersey. On November 30, 2021, the first "safe drug injection site" opened in New York City, providing a "safe haven" for people to use heroin and other narcotics.

On October 6, 2022, President Joe Biden issued a proclamation on marijuana reform, announcing pardons for all those convicted of the federal crime of "simple marijuana possession," and asking the Secretary of Health and Human Services and the Attorney General to review the classification of marijuana. The move was widely perceived as an effort to win drug-ridden states in the midterm elections.

The drug epidemic has not only disrupted the social order of the U.S., but also given rise to drug cartels in many areas of Latin America, the Middle East and Southeast Asia, causing local people untold sufferings.

In the drug policy debate in the U.S., public well-being is increasingly cited as a pretext; truly at play are political and economic calculations. As the largest drug market in the world, the U.S. has already formed a deeply entrenched and extensive chain of interests in drug manufacturing and trafficking, which is just too difficult to root out. It is a tragedy that for more than 50 years, the war on drugs in the U.S. has been largely reduced to a lucrative game for capitalists and politicians.