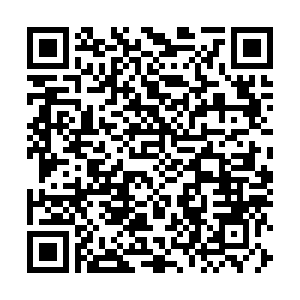 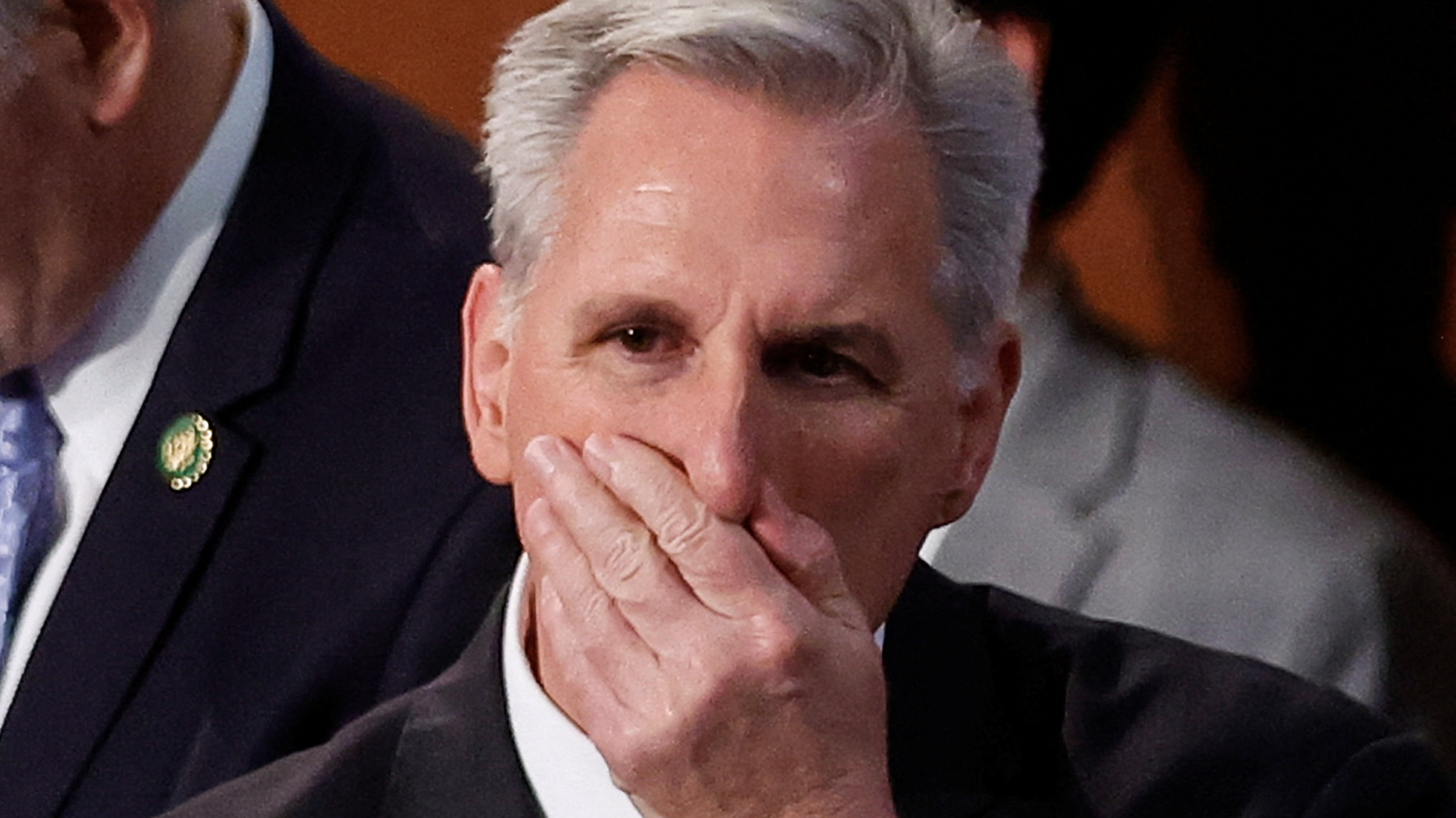 House Republican leader Kevin McCarthy stands inside the House Chamber during voting for a new Speaker on the third day of the 118th Congress at the U.S. Capitol in Washington, U.S., January 5, 2023. /Reuters

House Republican leader Kevin McCarthy stands inside the House Chamber during voting for a new Speaker on the third day of the 118th Congress at the U.S. Capitol in Washington, U.S., January 5, 2023. /Reuters

Editor's note: Josef Gregory Mahoney is professor of politics and international relations at East China Normal University and senior research fellow in the Institute for the Development of Socialism with Chinese Characteristics at Southeast University. The article reflects the author's opinions and not necessarily those of CGTN.

It is sometimes said that revolutionaries, whatever their stripes, suffer in general from two types of failure. The first is they simply fail in their immediate objectives. They rise against a system or ruling class but suffer defeat. The second, however, is that they succeed in taking power, but fail to carry their own revolutions to their logical ends. In other words, for whatever reason, and often for very good and compelling ones, revolutionaries resist imposing a promised political apocalypse in order to preserve as much as possible a system they now control. Having power, for better or worse, tends to make leaders more cautious and conservative – which is to say, conservative in the direction of moderation.

There are notable exceptions that sometimes emerge as reactions to failed revolutions. And the drama facing Republicans to elect a new Speaker in the House of Representatives might be one of those exceptions.

To illustrate this point, let's start with Walter Benjamin's well-worn thesis that "behind every fascism, there is a failed revolution," which has been deployed by various observers through the years to describe the rise of Nazism from the ashes of the Weimar Republic, the rise of American conservatism in formerly left-leaning and progressive states like Kansas, the rise of Islamic fundamentalism in the formerly secular Afghanistan, and the rise of Trumpist populism in the wake of the Barack Obama presidency.

Today, we can apply a similar analysis to the group of Republicans that have resisted Kevin McCarthy's election as House Speaker – largely self-identified as members of the House Freedom Caucus, a formal faction within the broader Republican caucus that began as an avowedly anti-socialist, rightist movement, one that eventually embraced Donald Trump but now appears to be moving forward without him. Kevin McCarthy looks at U.S. President Donald Trump as he delivers remarks in the Oval Office of the White House in Washington, U.S. November 2, 2017. /Reuters

Kevin McCarthy looks at U.S. President Donald Trump as he delivers remarks in the Oval Office of the White House in Washington, U.S. November 2, 2017. /Reuters

The rise of the One-Sixers

Whatever they call themselves, we should call these radical right-wingers by a more historically appropriate nom-de-guerre – the "January 6 revolutionaries," or the "One-Sixers" for short. Indeed, many of these current resisters were ardent supporters of Trump and opposed certification of Joe Biden's victory in Congress in 2020, which culminated the next year in the January 6 attacks on the Capitol by Trump supporters. Those efforts, of course, failed to achieve their aims, and for many were a turning point.

For example, for Kevin McCarthy – who at the of writing this Opinion article has suffered a record 11 defeats for the Speakership due to resistance by the One-Sixers – the attack on the Capitol was a turning point. Previously a loyal supporter of Trump, he broke ranks and criticized the attack and Trump for instigating it. Predictably, this led to open frictions between the two men, and Trump ceased referring to McCarthy affectionately as "my Kevin."

However, while the January 6 attacks were instigated by Trump, and while his charisma certainly mobilized an angry mob drawn from across the country to storm the Capitol, it has always been a mistake to characterize this as a truly Trumpist movement. Trump was merely a figurehead who opportunistically exploited deep-seated social, political and economic tensions roiling the American electorate. But once he failed to deliver the relief he promised, both during his time in office and thereafter, the movement has increasingly moved on without him. This can be observed increasingly at three points in time: first, in the immediate aftermath of the failed January 6 attacks, when some of his supporters broke ranks; second, when many of Trump's handpicked candidates failed to win seats in the recent midterm elections; and third, when the One-Sixers ignored his recent calls for them to support McCarthy and to move on.

Curiously, we have now reached the second anniversary of the Capitol attacks. And the One-Sixers know fully well that despite Trump's unhappiness with McCarthy, he now wants him in power because the one thing McCarthy has promised is to launch investigations against the Biden administration. Indeed, beset with a multitude of investigations into his business and political activities, including several with potential criminal liabilities, Trump wants a Congress that returns fire. And yet, this doesn't seem to be a compelling reason for the One-Sixers to change course.

Rather, it seems increasingly apparent that Trump, whose business model has always emphasized flash in place of substance, has always aimed at a hyperreal image of success marketed as the personification of success, has reached his political end. That's the price of failure, and unsurprisingly his political brand has lost its luster given the failures of his promised revolution. The One-Sixers, more so than any others, are now the index of his failure.

The problem with McCarthy

The problem with McCarthy is that he was never a revolutionary and still isn't. Indeed, it's almost impossible to be one and secure enough votes in a fractious and diverse caucus where dealmaking with various factions leads one into innumerable compromises, putting one's agenda on an inevitable path of relative moderation. But more to the point, McCarthy has coveted the Speakership for more than a decade, and one does this not because he wants to overthrow the system, but because he wants to rule it.

One of the reasons the One-Sixers dislike McCarthy because his conservatism is regarded as opportunistic. For example, early in his career he wasn't diametrically opposed to abortion rights. When he ran for Speaker in 2015, he dropped out of the race after allegations of an extramarital affairs with a fellow representative. Furthermore, while he's generally denied that climate change is a real problem, he has pushed his colleagues for at least superficial engagement with the issue to appeal to younger voters. Finally, his breaking with Trump was seen as the ultimate betrayal.

But that's not the end of the story, even if, strangely enough, it now marks the end of Trump's relevance. Rather, because McCarthy is unprincipled, because he's not a revolutionary, and because the U.S. political system is so polarized and the Republican majority so small, he's vulnerable to small group politics, and above all by groups like the One-Sixers that have committed themselves, for whatever reason, to a principled stand. Consequently, there are reports after 11 defeats that he's finally conceded to the main demands of the One-Sixers, namely, increased power for committee chairs and greater ease to bring votes of no-confidence in his leadership. If elected, this means he'll be a weak Speaker, and the House and the nation at increased risk for more dysfunctional governance. That all of this might be decided on the anniversary of the January 6 attacks is itself an index of a nation and a world held hostage to U.S. political breakdowns and the spillovers associated with a waning global hegemony.