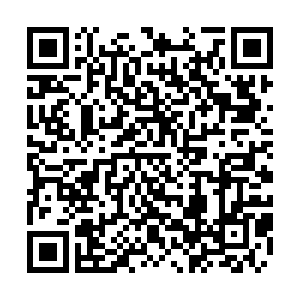 Republican Kevin McCarthy suffered yet another embarrassing defeat as he failed late on Friday by a single vote to be elected speaker of the U.S. House of Representatives, prolonging the deepest congressional dysfunction in more than 160 years.

In his 14th defeat of the week, McCarthy received 216 votes, one shy of the number needed for a victory, as a small faction of right-wing hardliners held out despite his promise of spending cuts and other concessions that had won over many of their colleagues.

Six Republicans withheld their votes or voted for other candidates, hours after McCarthy predicted "It's going to happen."

In hopes of securing enough votes to win, he had called an hours-long recess for the chamber, with lawmakers returning at 10 p.m. (0300 GMT Saturday) for another round of voting.

The decisive moment came when hardline Representative Matt Gaetz withheld his vote from McCarthy. Members of the party leadership hovered over the Florida Republican for several minutes trying to persuade him to change his mind before admitting defeat.

The result left the House rudderless after a week of repeated votes that highlighted Republicans' divisions and raised questions about their ability to govern.

The chamber has not seen this level of congressional dysfunction since 1859.

Lawmakers prepared for an expected 15th vote, setting the stage for a session to stretch past midnight, with some chanting "One more time." It was unclear what would happen if McCarthy failed again.

The caucus could turn to another potential leader, such as McCarthy's No. 2, Steve Scalise, or popular conservative Jim Jordan, who was repeatedly nominated as a candidate by hardliners this week.

Republicans' weaker-than-expected performance in November's midterm elections left them with a narrow 222-212 majority, which has given outsized power to the right-wing hardliners who oppose McCarthy's leadership.

They accuse him of being too open to compromise with President Joe Biden and his Democrats, who also control the Senate. Some say they want a leader who will be ready to force government shutdowns to cut spending.

The failed vote came on the two-year anniversary of a January 6, 2021, attack on the U.S. Capitol when a violent mob stormed Congress in an attempt to overturn then-President Donald Trump's election loss.

"They cannot elect a leader because their conference is held hostage by members who peddle misinformation and want to dismantle democracy," said No. 2 House Democrat Katherine Clark in a statement on Friday.

This week's 14 failed votes marked the highest number of ballots for the speakership since 1859.

But the absence of a speaker will also prevent the passage of any legislation and stop the House from conducting other business. The Democratic-controlled Senate will be able to hold hearings and confirm Biden's nominees, but will also be blocked from passing bills.

McCarthy has proposed concessions that would diminish his power and boost the clout of those who have opposed him.

Allowing a single member to call for a vote to remove the speaker would give hardliners extraordinary leverage over him - as Friday night's failure clearly illustrated.

He has also offered influential committee posts to members of the group, lawmakers said, as well as spending restrictions that aim to reach a balanced budget within 10 years. The agreement would cap spending for the next fiscal year at last year's levels – amounting to a significant cut when inflation and population growth are taken into account.