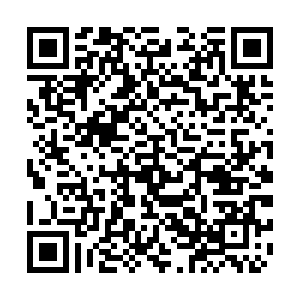 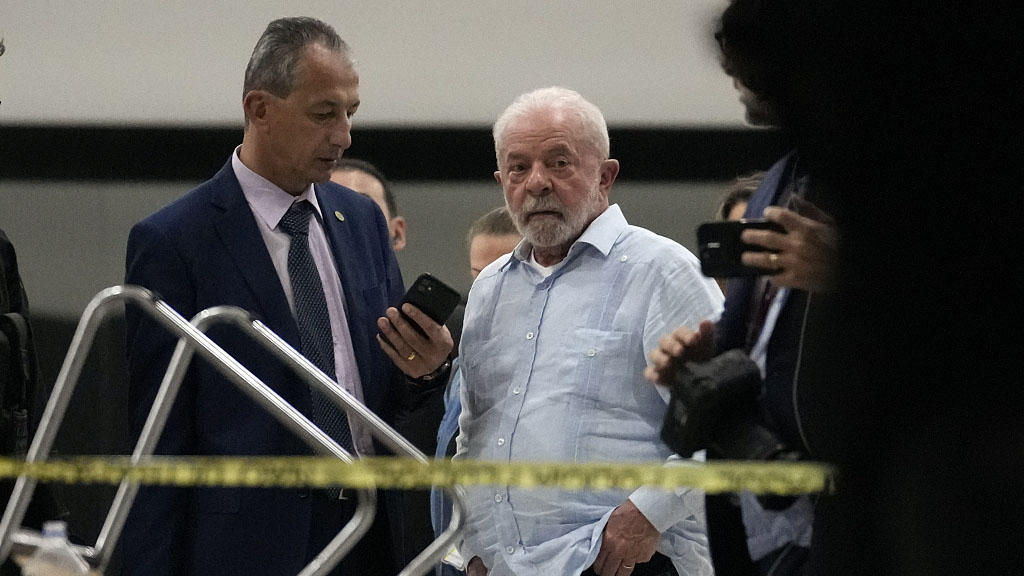 They will be punished "with the full force of law," said Lula, who visited scenes of riots later.

Lula also announced a federal security intervention in Brasilia lasting until January 31 after capital security forces were initially overwhelmed by the rioters.

At least 400 people have been arrested after pro-Bolsonaro supporters stormed key government buildings in Brazil's capital, said Ibaneis Rocha, the governor of the country's Federal District.

Bolsonaro tweeted, "Peaceful demonstrations, in the form of the law, as part of democracy. However, depredations and invasions of public buildings as occurred today, as well as those practiced by the left in 2013 and 2017, escape the rule." 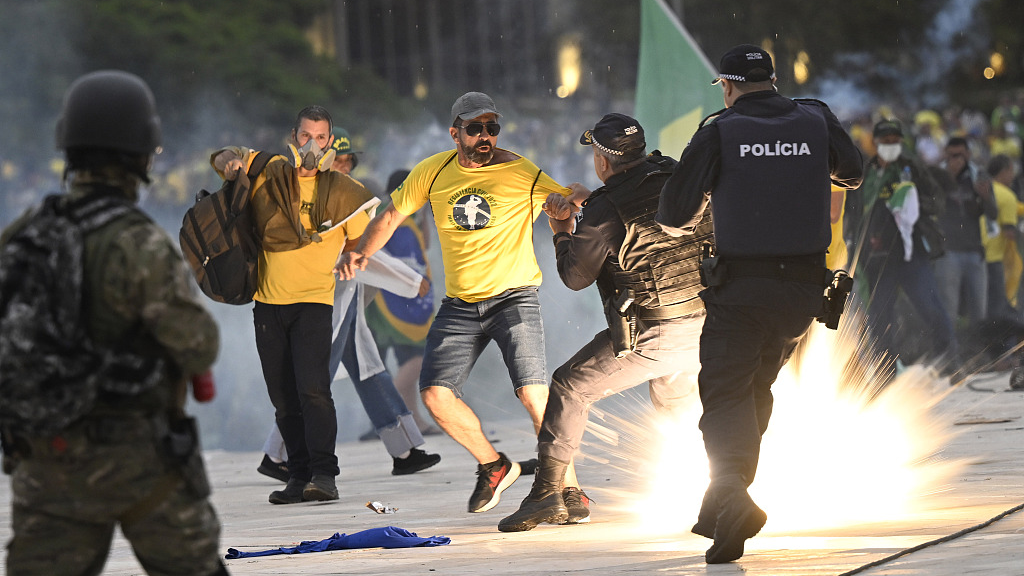 Thousands of protesters clad in Brazilian football shirts and flags ransacked the heart of the Brazilian state just a week after Lula's inauguration.

Bolsonaro supporters have been protesting outside army bases in Brazil, calling for a military intervention to stop Lula from taking power since he narrowly defeated Bolsonaro in the October 30 runoff election.

Noting the similarities between the storming of Brazilian federal buildings and the attack on the U.S. Capitol two years ago by fans of former President Donald Trump, Zhou Zhiwei, senior research fellow at the Institute of Latin American Studies of the Chinese Academy of Social Sciences, told CGTN the events in Brazil were worse than those at the U.S. Capitol.

While both incidents reflected doubts over the election results and election system, the assault on Brazil's Congress, Supreme Court and presidential palace was an attack on the separation of powers in a democratic system, Zhou noted.

Zhou also pointed out that the Sunday protests indicated Lula will face difficulties and challenges in governing, especially as opposition political forces hold advantages in the Congress. 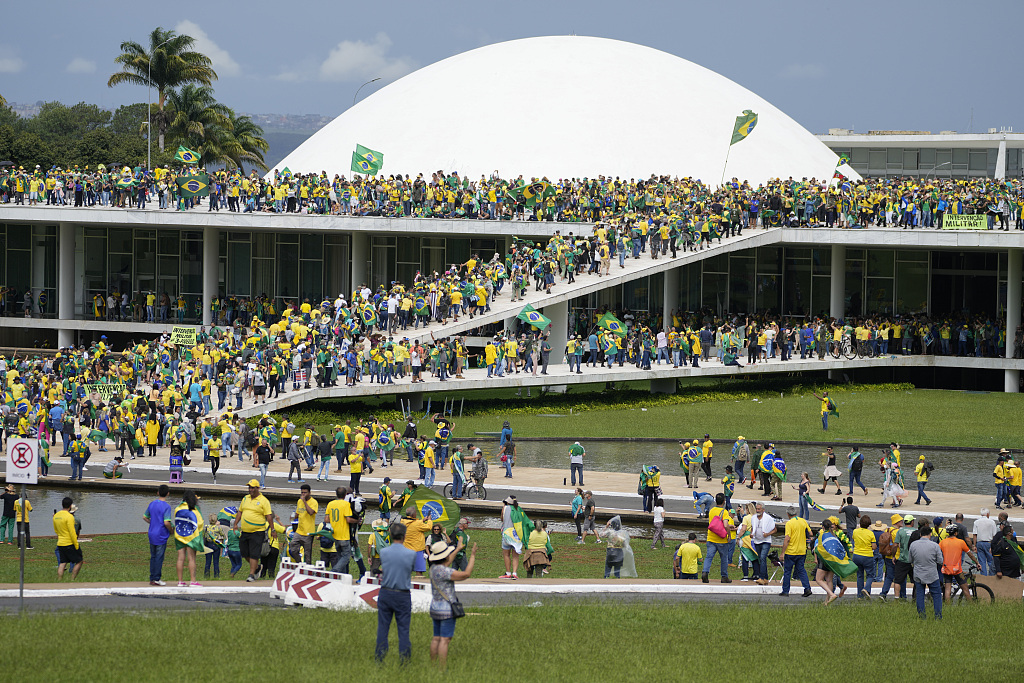 UN Secretary General Antonio Guterres condemned the assault on Brazil's democratic institutions. "The will of the Brazilian people and the country's institutions must be respected. I am confident that it will be so. Brazil is a great democratic country," Guterres tweeted.

U.S. President Joe Biden tweeted, "I condemn the assault on democracy and on the peaceful transfer of power in Brazil. Brazil's democratic institutions have our full support and the will of the Brazilian people must not be undermined. I look forward to continuing to work with @LulaOficial."

"The will of the Brazilian people and the democratic institutions must be respected," Macron tweeted.

The European Union's top foreign affairs official, Josep Borrell, tweeted that he was "appalled by the acts of violence and illegal occupation of Brasilia's government quarter by violent extremists today," adding "Brazilian democracy will prevail over violence and extremism."