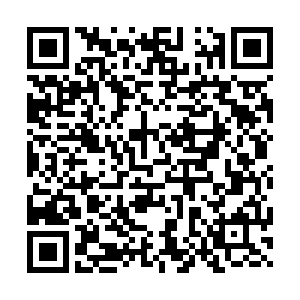 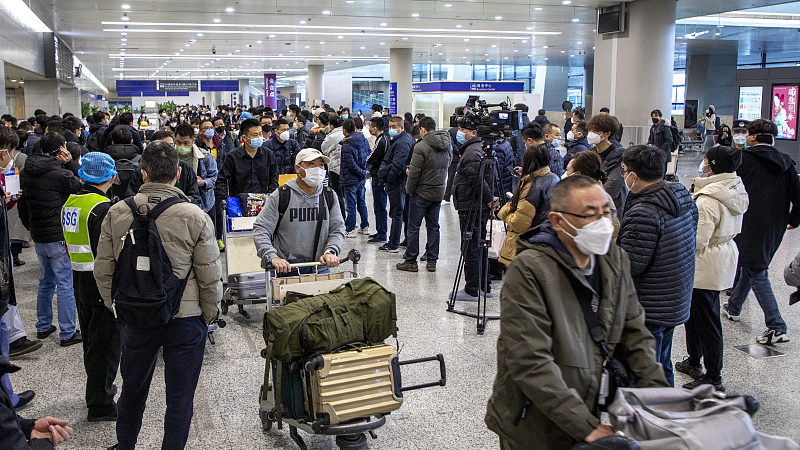 Passengers are seen upon their arrival at the Shanghai Pudong International Airport, Shanghai, January 8, 2023. /CFP

Passengers are seen upon their arrival at the Shanghai Pudong International Airport, Shanghai, January 8, 2023. /CFP

Under the new management policy, COVID-19 is downgraded from Class A to Class B in the country. Mass testing no longer exists and citizens infected with the disease don't have to be quarantined. International arrivals also do not have to go through nucleic acid testing and quarantine.

The policy shift has received a positive response from many countries, including Thailand, Malaysia, Singapore, Cambodia, Indonesia, the Philippines, and New Zealand, which all have welcomed Chinese travelers.

Thailand announced its latest entry policy on January 5, saying that all people from other countries and regions will be treated equally and tourists from any country will not be required to provide test results for COVID-19, but they will still need to provide records of at least two injections of COVID-19 vaccine.

"Marvelous Thailand has been waiting for you for three years," reads a Weibo post by Thailand's national tourist bureau, which also contains a hashtag that translates as: "China orderly resumes outbound travel."

Uzaidi Udanis, president of Malaysia Inbound Travel Association, said the government would not impose special restrictions on Chinese visitors arriving after January 8. He welcomes Chinese tourists and predicted that about 3 million Chinese tourists would visit Malaysia this year. 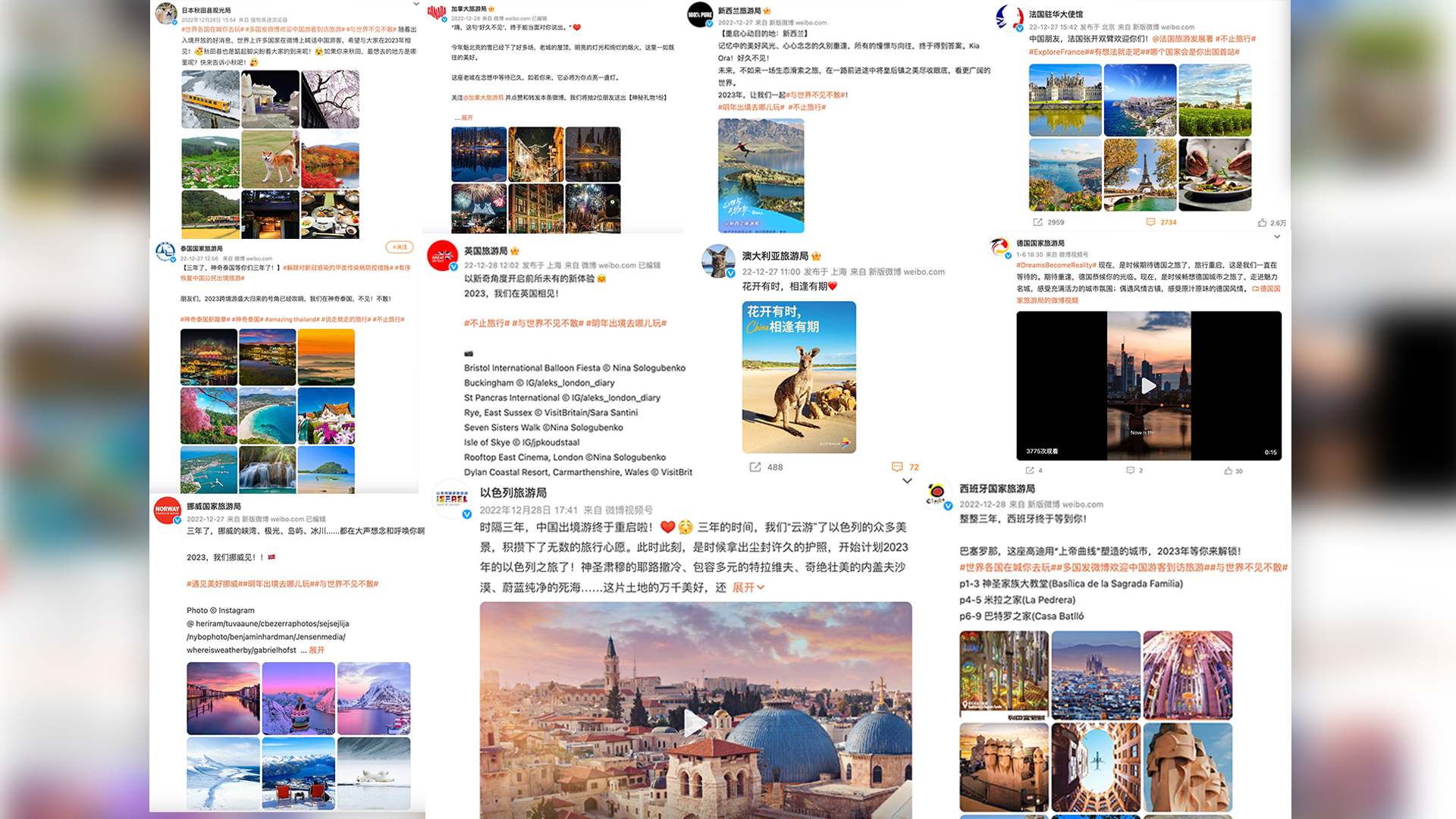 The Cambodian tourism ministry also extended a welcome to Chinese tourists, saying it is making preparations for the reception of Chinese tourists and encourages tourism companies to carry out relevant certification procedures as soon as possible and make preparations.

Indonesia has similarly announced that it will maintain its COVID-19 policy toward Chinese visitors, adding it will continue to monitor the situation. Currently, like all foreign travelers, Chinese arrivals are required to show proof of complete vaccination against COVID-19.

The Singaporean government too has said there would be no changes in COVID-19 measures for travelers from China. Foreigners who are not fully vaccinated need to undergo pre-departure tests before they can enter the country while short-term visitors are required to buy insurance for COVID-related medical expenses.

Minister of Tourism and Creative Economy of Indonesia Sandiaga Uno said on January 4 that the country is ready to welcome tourists from China. Moreover, Statistics Indonesia (BPS) recorded that Indonesia welcomed only 94,924 tourists from the Chinese mainland and Hong Kong during the January-October 2022 period, a sharp decline from 2.07 million tourists in 2019, he said.

"Hence, we are confident that this year's Chinese tourists' target of 253,000 would be achieved," Uno remarked. 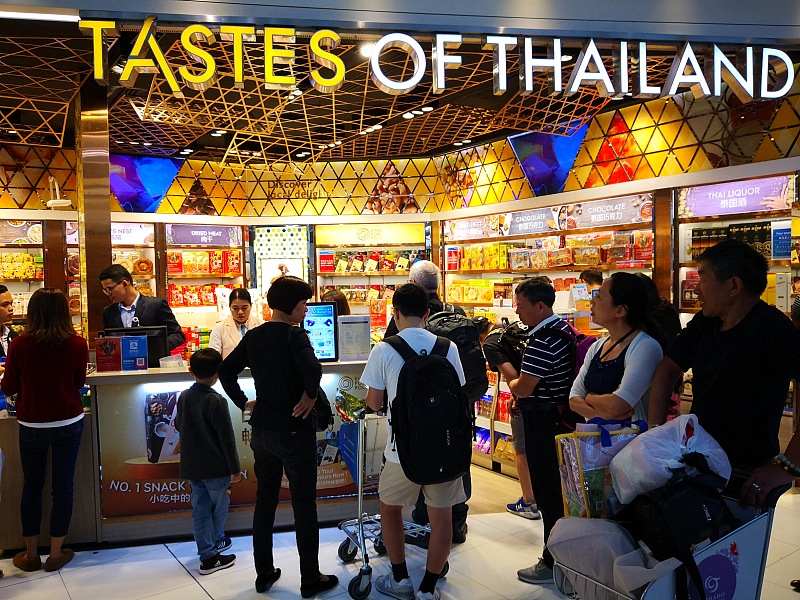 According to Nguyen Thi Le Thanh, the director of the Department of Tourism of central Khanh Hoa province, Vietjet Air and China Southern (CZ) have planned to resume their operation from March 26, while Vietnam Airlines will re-operate its flights from the Chinese market on June 1.

The Philippines has not announced any plans to tighten entry restrictions for travelers from China as the health department is confident existing health protocols are sufficient, and that most of the population is fully vaccinated against COVID-19. President Ferdinand Marcos Jr said in late December that it would keep its borders open to visitors from China, and recently voiced a welcome to Chinese tourists.

According to public statistics, around 32 million Chinese citizens traveled to the 10 member states of the Association of Southeast Asian Nations (ASEAN) in 2019, the year before the pandemic, but the figure dropped sharply to 4 million in 2020. With the scrapping of testing and quarantine for inbound travelers, Chinese international tourism will revive, which will help a full recovery of the Asia-Pacific tourism.

Unlike some other Western nations, New Zealand is also choosing not to impose restrictions on Chinese nationals. The country on January 4 announced that its quarantine requirements for international arrivals remain unchanged after assessment, noting that additional entry restrictions were "neither required nor justified."

Except for tourism which will see a rebound in 2023, experts believe China's economy will recover rapidly in the new year, and this will inject new momentum into the global economy which has been stuck in low growth due to multiple factors such as the pandemic and geopolitical conflicts.