Xi said he and Zeman have held multiple in-person meetings and phone talks over the past decade and conducted in-depth exchanges in areas such as bilateral ties and governance experience, elevating the China-Czech relations to a strategic partnership.

The two sides jointly promoted bilateral economic and trade personnel exchanges, Xi said, adding that Czech's exports to China have nearly tripled, and the number of Chinese tourists visiting the Czech Republic in 2019 increased by 250 percent compared to 2013.

China attaches great importance to the development of the China-Czech relations and regards the Czech Republic as an important strategic partner, Xi said, expressing willingness to work with the Czech side to promote stable and far-reaching bilateral relations and bring more benefits to the two peoples.

China is promoting the rejuvenation of the Chinese nation on all fronts through a Chinese path to modernization and will continue to promote high-level opening-up, which will surely provide new opportunities for all countries including the Czech Republic, Xi said.

He called on both sides to insist on mutual respect for each other's core interests and major concerns, enhance multi-level communication with high quality, tap into complementary potentials, expand mutually beneficial cooperation and improve people-to-people exchanges. 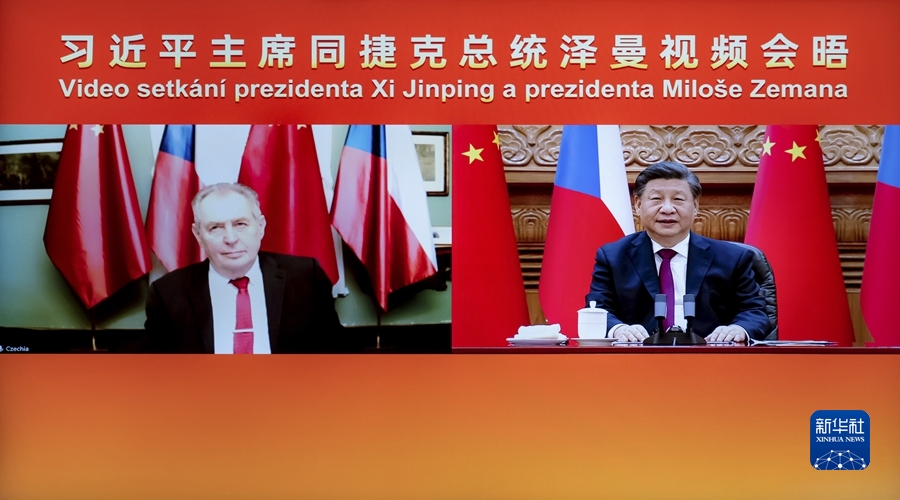 The Chinese side will introduce more pragmatic measures to promote the cooperation between China and Central and Eastern European Countries (CEEC), Xi said, adding that China's European policy maintains its stability.

Xi hoped the Czech side will continue its commitment to promoting the China-CEEC cooperation and the sustained and healthy development of China-Europe relations.

For his part, Zeman said he totally agrees with Xi's views on China-Czech relations and cherishes his friendship with Xi.

The Czech side is willing to make joint efforts with the Chinese side to strengthen cooperation in the fields of economy, trade and investment and overcome the impact of the COVID-19 epidemic to resume personnel exchanges, aiming to make bilateral ties show great vitality, Zeman said.

The Czech Republic stands ready to play an active role in promoting the healthy development of the Europe-China relations, he added.