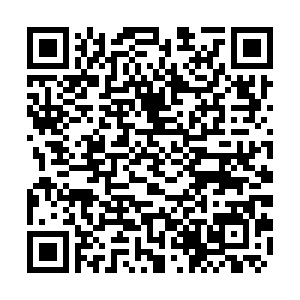 "This is a key juncture for Euro-Atlantic security and stability, more than ever demonstrating the importance of the transatlantic bond, calling for closer EU-NATO cooperation," the EU and NATO said in a joint declaration.

"We must continue to strengthen the partnership between NATO and the European Union. And we must further strengthen our support to Ukraine," NATO chief Jens Stoltenberg said after signing a joint declaration with the EU's top officials.

"I think that Ukraine should get all the necessary military equipment they need, and they can handle to defend the homeland," European Commission President Ursula von der Leyen said.

Both NATO and EU pointed specifically to "geostrategic competition, resilience issues, protection of critical infrastructures, emerging and disruptive technologies, space, the security implications of climate change, as well as foreign information manipulation and interference" as areas of future cooperation.

But the declaration comes after months of delays and stresses that there are limits to cooperation.

"In signing this declaration, we will take the NATO-EU partnership forward in close consultation and cooperation with all NATO allies and EU member states," both sides noted.

The ongoing Russia-Ukraine conflict has upended the European security order and spurred calls for the EU and NATO to work more closely together to protect the continent.

The two Brussels-based organizations have been looking to improve coordination for years, despite fears in some quarters that efforts to bolster the EU's role in defense could undermine the U.S.-led alliance.

Twenty-one of the European Union's 27 member states are already in NATO, and Sweden and Finland are currently pushing to join.

(Cover: An image of the NATO flag and the stars of the European Union at the European Parliament in Brussels, Belgium, April 28, 2022. /CFP)