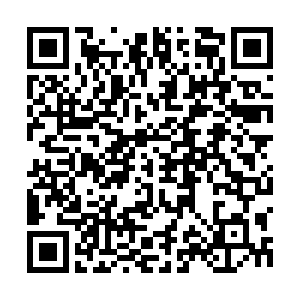 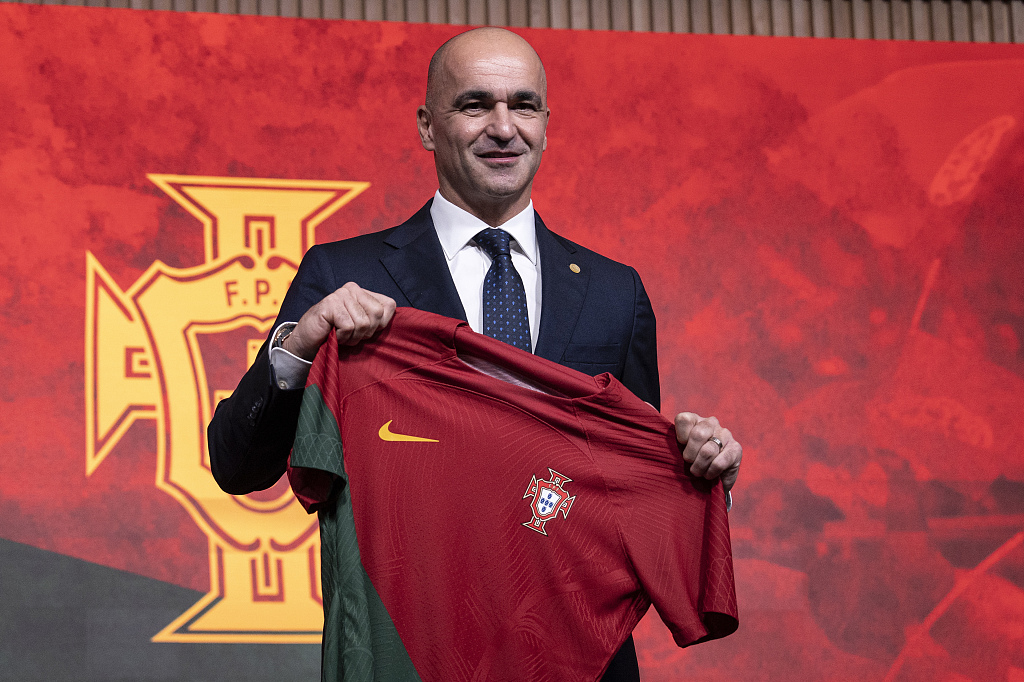 Roberto Martinez, former manager of the Belgian national football team who stepped down after the FIFA World Cup in Qatar, was appointed the new boss of the Portuguese national team, the Portuguese Football Federation (FPF) announced on Monday.

"I'm very happy to be here, I'm delighted to be able to represent one of the most talented teams in the world," Martinez said at the press conference on Monday. "From the first time I met the board and the president, I knew that this was the project I wanted. I understand that there are high expectations and goals, but I also understand that there is a large group of people working to meet our goals."

Neither Belgium nor Portugal had a satisfactory performance in Qatar. Belgium failed to make it out of their group; Portugal were upset by Morocco in the quarterfinals. Martinez left the managing position in Belgium to take over from Fernando Santos, who had been in charge in Portugal for eight years.

One of the questions Martinez must answer is about Cristiano Ronaldo, who was in poor form during the World Cup and began to come off the bench after the group competitions. It was a correct decision made by Santos whose priority was to win, not taking care of an underperforming veteran's feelings. After the World Cup, Ronaldo joined Al Nassr in Saudi Arabia's Pro League. Considering his age (37) and the level of competition he will face in the new league, there is a question mark over if Ronaldo should appear in the Portuguese national team again. 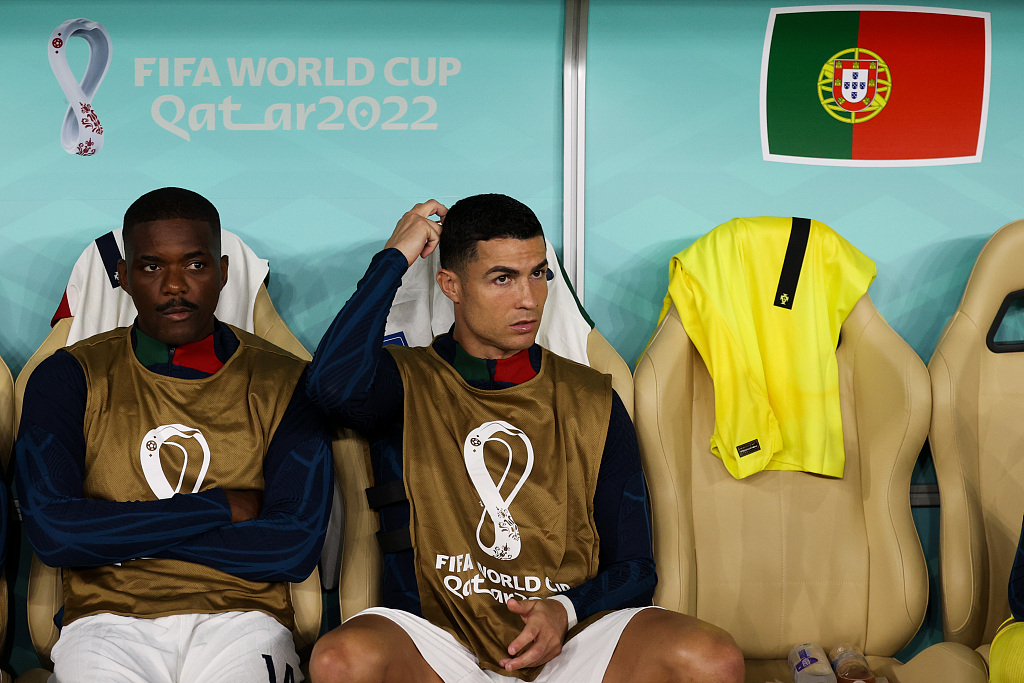 Cristiano Ronaldo (R) of Portugal sits on the bench during the FIFA World Cup quarterfinals against Morocco at Al Thumama Stadium in Doha, Qatar, December 10, 2022. /CFP

Cristiano Ronaldo (R) of Portugal sits on the bench during the FIFA World Cup quarterfinals against Morocco at Al Thumama Stadium in Doha, Qatar, December 10, 2022. /CFP

"Decisions have to be made on the pitch. I'm not a coach who makes hasty decisions. I want to meet everyone, and starting today, I want to talk and get to know all the players," Martinez said. "Cristiano is part of that list, he spent 19 years with the national team and deserves respect, let's talk. From there, it's up to me to make the best list for the European Championship. Tomorrow we'll start working, getting to know all the players, and Cristiano is one of them."

Unlike Belgium whose "Golden Generation" has entered the late stage of their career, Portugal have more young and promising talents like Joao Felix and Goncalo Ramos. If they continue to grow better than they did in Qatar, their team can remain competitive in years to come.

"We are going to start a footballing process to try to get to know all the players that could be part of this selection. We are going to give all the players an opportunity and respect all those who are already in the squad. Cristiano is one of them. It's a process that we have to face naturally, with responsibility, and we're going to make important decisions for the team," Martinez said.