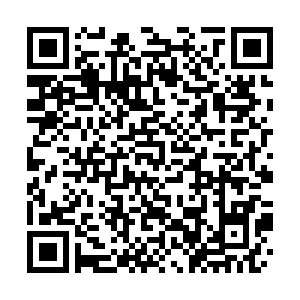 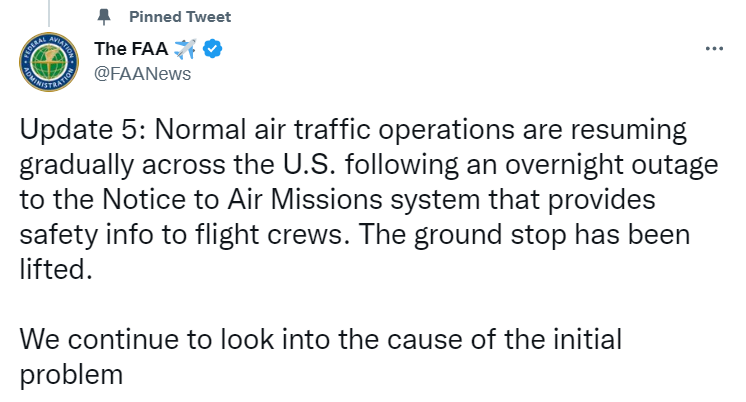 The Federal Aviation Administration announces the lift of a ground stop, January 11, 2023. /@FAANews

The Federal Aviation Administration announces the lift of a ground stop, January 11, 2023. /@FAANews

U.S. flights were slowly beginning to resume departures, and a ground stop was lifted after the Federal Aviation Administration (FAA) scrambled to fix a system outage overnight that affected flight operations across the country.

"Normal air traffic operations are resuming gradually across the U.S. following an overnight outage to the Notice to Air Missions system that provides safety info to flight crews. The ground stop has been lifted. We continue to look into the cause of the initial problem," the FAA said in a tweet on Wednesday.

The FAA had earlier ordered airlines to pause all domestic departures after its pilot alerting system crashed.

The FAA said shortly before 8:30 a.m., departures were resuming at Newark and Atlanta airports "due to air traffic congestion in those areas. We expect departures to resume at other airports at 9 a.m. ET."

U.S. President Joe Biden ordered the Transportation Department to investigate the outage and said the cause of the failure was unknown at this time. Asked if a cyberattack was behind the outage, Biden told reporters at the White House, "We don't know."

The FFA said it will also continue to look into the cause of the initial problem.