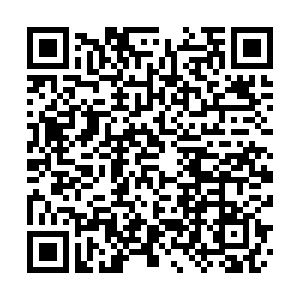 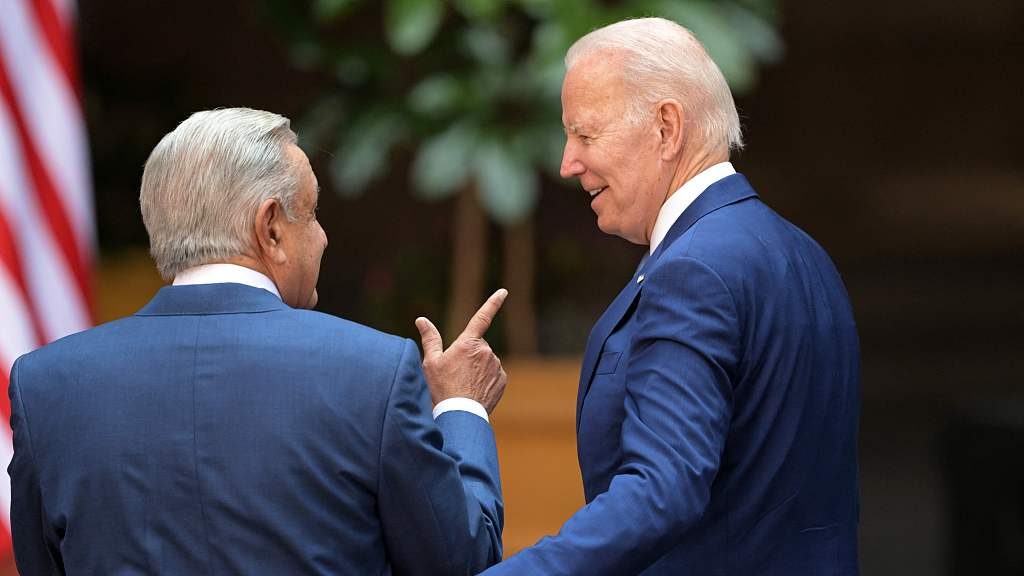 The 2023 North American Leaders' Summit, held in Mexico City, concluded as many such international gatherings do – with affirmations from the dignitaries that they are prepared to meet specific challenges. The question is whether U.S. President Joe Biden can turn any of the promises into realities.

There are valid reasons to doubt he can.

Administration officials were lowering expectations for the summit before the three leaders met on Monday, January 9. The New York Times quoted Jake Sullivan, Biden's national security adviser as saying, "This trip is a good opportunity for President Biden to deepen his personal engagement with President [Andres Manuel] Lopez Obrador and Prime Minister [Justin] Trudeau." Considering his decades as a senator, vice president and now President, Biden does not need to work on expanding "his personal engagement" with any domestic or world leader. Only the most naive of people would believe such words.

Apparently, Mexican President Andres Manuel Lopez Obrador had his doubts about Biden's willingness to change the current relationship between the two nations. Meanwhile, Canadian Prime Minister Justin Trudeau appeared to take the high road, offering platitudes about America that hid his country's worries about its neighbor.

President Biden arrived in Mexico City for the two-day event at almost the same time news headlines announced the discovery of classified documents relating to his time as vice president. The documents, found at an office he periodically used between 2017 and 2020, set off a firestorm of news coverage and questions in the nation's capital and elsewhere.

Granted, these items were uncovered in November and handed over to the National Archives. And the Biden administration is cooperating with a Department of Justice investigation into how the material ended up in that office in the first place.

Nevertheless, Republicans will hammer the President and his party since Democrats were relentless in claiming a scandal relating to the classified information that left the White House when U.S. former president Donald Trump did in January 2021. Many documents were recovered during an FBI raid of Trump's Florida home late last year.

Trump wasted no time demanding more be done to investigate Biden. On his Truth Social social media account, Trump asked: "When is the FBI going to raid the many homes of Joe Biden, perhaps even the White House? These documents were definitely not declassified." 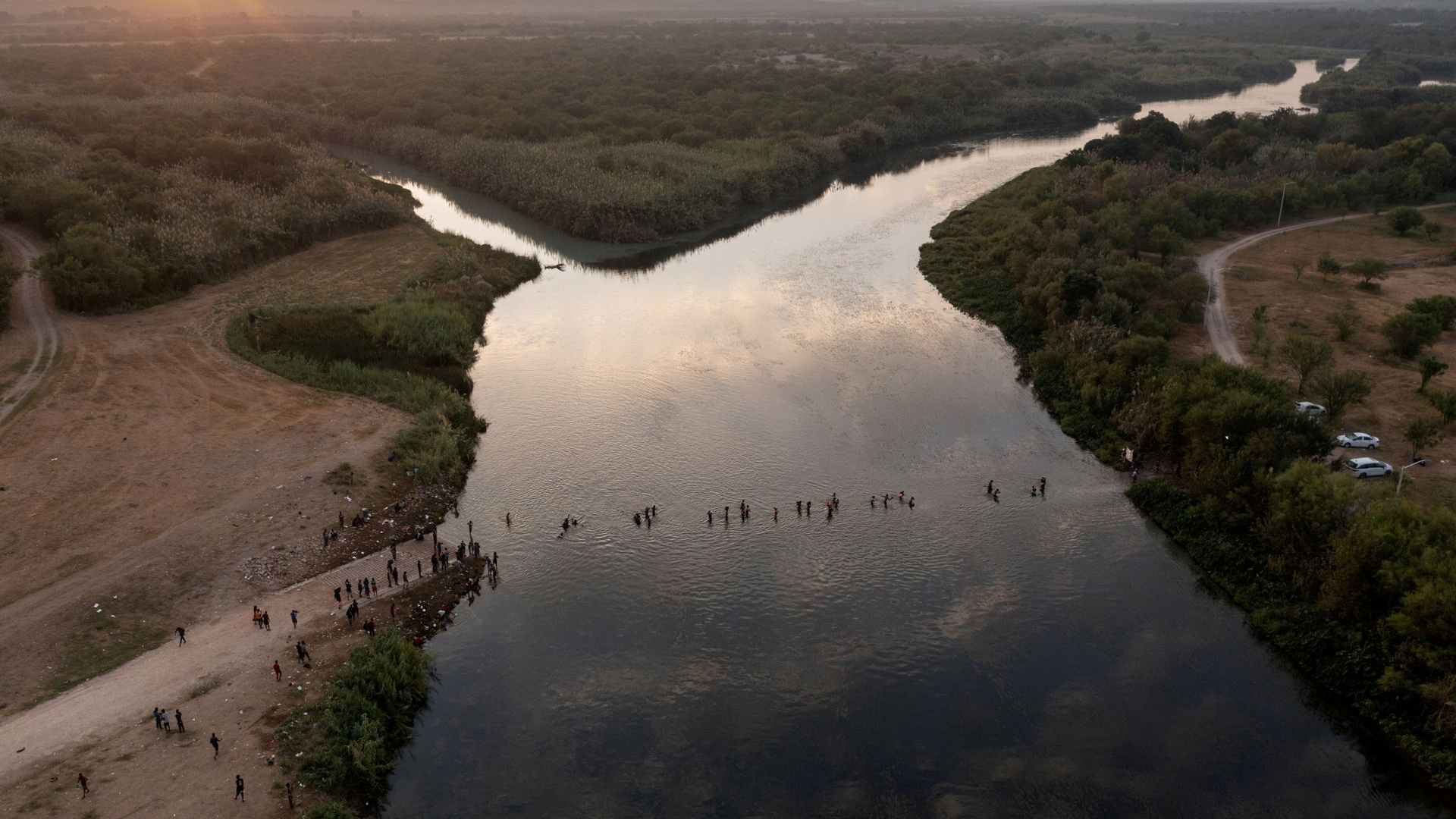 Migrants seeking refuge in the United States cross the Rio Grande River back into Ciudad Acuna, Mexico, from their camp in Del Rio, Texas, the U.S., September 21, 2021. /Reuters

Migrants seeking refuge in the United States cross the Rio Grande River back into Ciudad Acuna, Mexico, from their camp in Del Rio, Texas, the U.S., September 21, 2021. /Reuters

Biden and his staff will face questions over the classified information, and those queries will ensure that the aforementioned North American Leaders' Summit gets forgotten by many media outlets.

The Associated Press noted that in Mexico City the "warmth" shown by President Biden toward Trudeau was lacking when the presidents of the United States and Mexico met on Monday. It's also reported that the exchange between Biden and Lopez Obrador was "brusque," adding that the Mexican President believed the U.S. continued to show "abandonment" and "disdain" for Latin America.

Lopez Obrador has a solid foundation underneath him as he makes such an accusation. Biden has said many times that he would repair the image of the U.S. around the world; he has asserted that Trump's "America First" ideology required the U.S. to build walls, not bridges, between itself and Latin America. And yet, almost two years into his term, President Biden has done nothing substantive to address immigration, which both the U.S. and Mexico want to rein in.

Migrants continue to breach the border, and the President seems baffled by what to do. CNN has suggested the President needs help from Congress at home and Mexico abroad, and neither has rallied to his cause. His critics are growing more vocal.

At the summit, Biden failed to commit to something – anything – that would indicate he has a plan. The American and Mexican presidents said what was expected: They want to work together to solve the crisis. But there is precious evidence that anything beyond rhetoric is about to be done.

If Lopez Obrador is correct in asserting that the U.S. has a disdainful attitude toward Latin America, and especially for its most vulnerable citizens, then why would he make a commitment to help the White House? He will not. Remember, too, that he refused to attend the Summit of the Americas, which the U.S. hosted last summer, since leaders from Cuba, Nicaragua and Venezuela were not invited.

In short, the two men hold significant differences, which point to Biden appearing unsteady and Lopez Obrador feeling aggravated about the bilateral relationship.

When Biden looks to the north, he must acknowledge that Canada has expressed concerns over recent U.S. legislation that would give electric car buyers a hefty tax break if they purchase such vehicles built at home. Canadian officials say the market for electric cars manufactured in Canada would not appeal to Americans if those cars do not include a tax credit. Biden and Trudeau did not appear to budge from their positions during the summit. They did, however, identify areas, such as climate change and defending democracy, where the two countries would work together.

The summit was not a failure, but it was not a success, for the U.S. President. Nevertheless, until he outlines real proposals to complex solutions, Biden comes off as a man whose heart seems to be in the right place but who struggles to fix what he believes must be fixed.