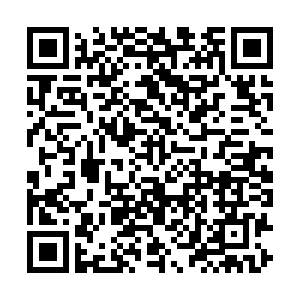 Editor's note: Fikrejesus Amahazion is an educator and research analyst at the Eritrean Center for Strategic Studies in Asmara. His areas of interest include human rights, political economy and international development, with a particular focus on Africa. The article reflects the author's opinions and not necessarily those of CGTN.

China's newly-appointed Foreign Minister Qin Gang has kicked off the new year and his term with a week-long trip to Africa. Promoted to the post late last year, Qin began his maiden foreign trip with a visit to Ethiopia on January 10. He is also scheduled to visit with foreign ministers and leaders in Gabon, Angola, Benin and Egypt, as well as meet with Moussa Faki Mahamat, chairman of the African Union Commission, and Ahmed Aboul-Gheit, secretary-general of the Arab League.

On a practical level, the new foreign minister's trip aims to "deepen the China-Africa comprehensive strategic and cooperative partnership and boost friendly cooperation," according to a briefing from China's Foreign Ministry spokesperson Wang Wenbin.

All countries on the itinerary are close bilateral partners of China, which participate in the Forum on China-Africa Cooperation and the Belt and Road Initiative, a transcontinental infrastructure and development project proposed by China in 2013. Therefore, the trip can be expected to help build upon these relationships and bolster existing frameworks of cooperation, which is critical given the region and the world are facing multiple crises.

During the first leg of his ongoing trip in Ethiopia, which has just emerged from a devastating two-year internal conflict, Foreign Minister Qin Gang spoke with the country's Prime Minister Abiy Ahmed. He also met with Deputy Prime Minister and Foreign Minister Demeke Mekonnen, and the two signed a memorandum of understanding to enhance political and economic cooperation between their countries. According to the local media, Fana Broadcasting Corporate, Demeke praised China's "consistent and principled stance in global fora in favor of Ethiopia's sovereignty and territorial integrity." 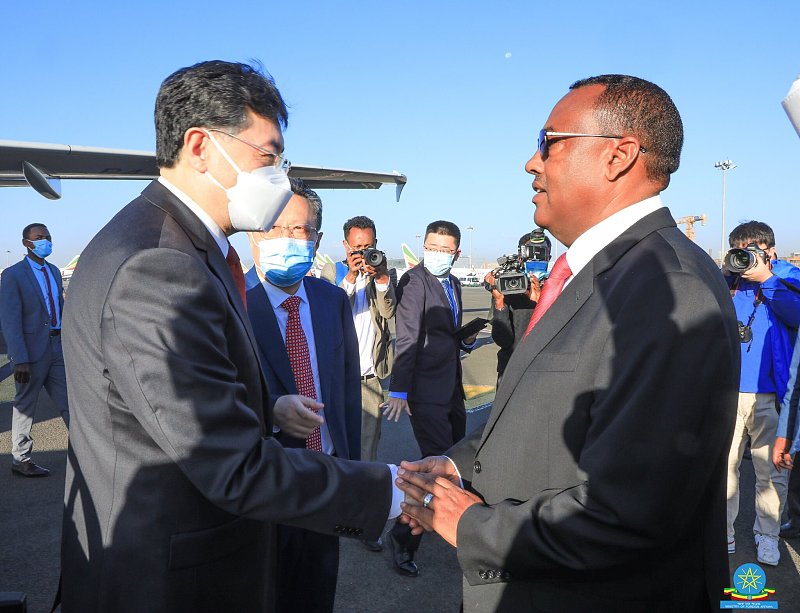 Several other points stand out in regards to Qin's trip, which underscores the great respect that China attaches to its relationship with African nations. In every year since 1991, when Qian Qichen, the then foreign minister of China, paid an official visit to several countries on the continent, Africa was the first overseas destination of a Chinese foreign minister in a new year.

Considering Africa has been the destination of Chinese foreign ministers' annual first overseas visit for the 33rd consecutive year, the visit reflects the strong ties that have developed between China and the continent. China-Africa relations have a long history that can be traced back centuries, and the ties have grown much closer in recent years.

In terms of the economic dimension, China has emerged as Africa's most important partner. It has been the continent's largest trading partner for 13 consecutive years; total two-way trade in 2021 reached about $254.3 billion, while during the first half of 2022 it was approximately $137.38 billion – a year-on-year increase of approximately 17 percent.

Besides, China-African cooperation also extends to an array of fields, ranging from health and education to infrastructure, telecommunications, and technology. For example amid the COVID-19 pandemic, China supported Africa's prevention and control measures.

Moreover, China is Africa's biggest investor and among the leading sources of assistance. Rising trade flows and greater investment have been – and will remain – critical to promoting job creation, growth, development, and integration into the global economy.

Notably, there is also a chance to consolidate new prospects and sustain recently developed impetus at the regional level. Last month, Chinese President Xi Jinping visited Saudi Arabia for high-level regional summits. The summits represented the largest diplomatic meetings that China has had with the Arab world.

With the new foreign minister's trip coming so soon after such milestone gatherings – and scheduled to include stops in Egypt, an influential regional power, and meetings with officials from the Arab League, a crucial regional body – there is great potential for continuing constructive dialogue on pressing regional matters, enhancing ties, and establishing more areas for effective cooperation.

Last, with China recently adjusting its COVID-19 policies to reopen its borders, Qin's visit will be the first of many more high-level exchanges between officials from China and the continent. This can reinvigorate investment and boost economic growth and recovery.