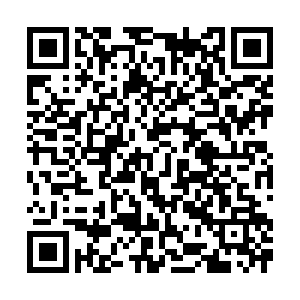 China's technological innovation has become a key engine powering its high-quality growth, as investment and industrial output in the high-tech sector showed extraordinary growth despite the pandemic and global headwinds.

During the period, China's industrial output of high-tech manufacturing rose 8 percent compared to a year ago, according to the NBS. The output of new-energy vehicles and solar cells increased by 100.5 percent and 44.1 percent year on year, respectively.

From January to November 2022, foreign direct investment in China's high-tech manufacturing and the high-tech service sector respectively surged by 58.8 percent and 23.5 percent year on year, according to the Ministry of Commerce.

China's Ministry of Industry and Information Technology pledged on Wednesday to accelerate industrial upgrading in 2023 and increase the global competitiveness of Chinese manufacturers in new technologies, such as artificial intelligence, the Internet of Things and alternative energy vehicles.

China joins the ranks of the world's innovators 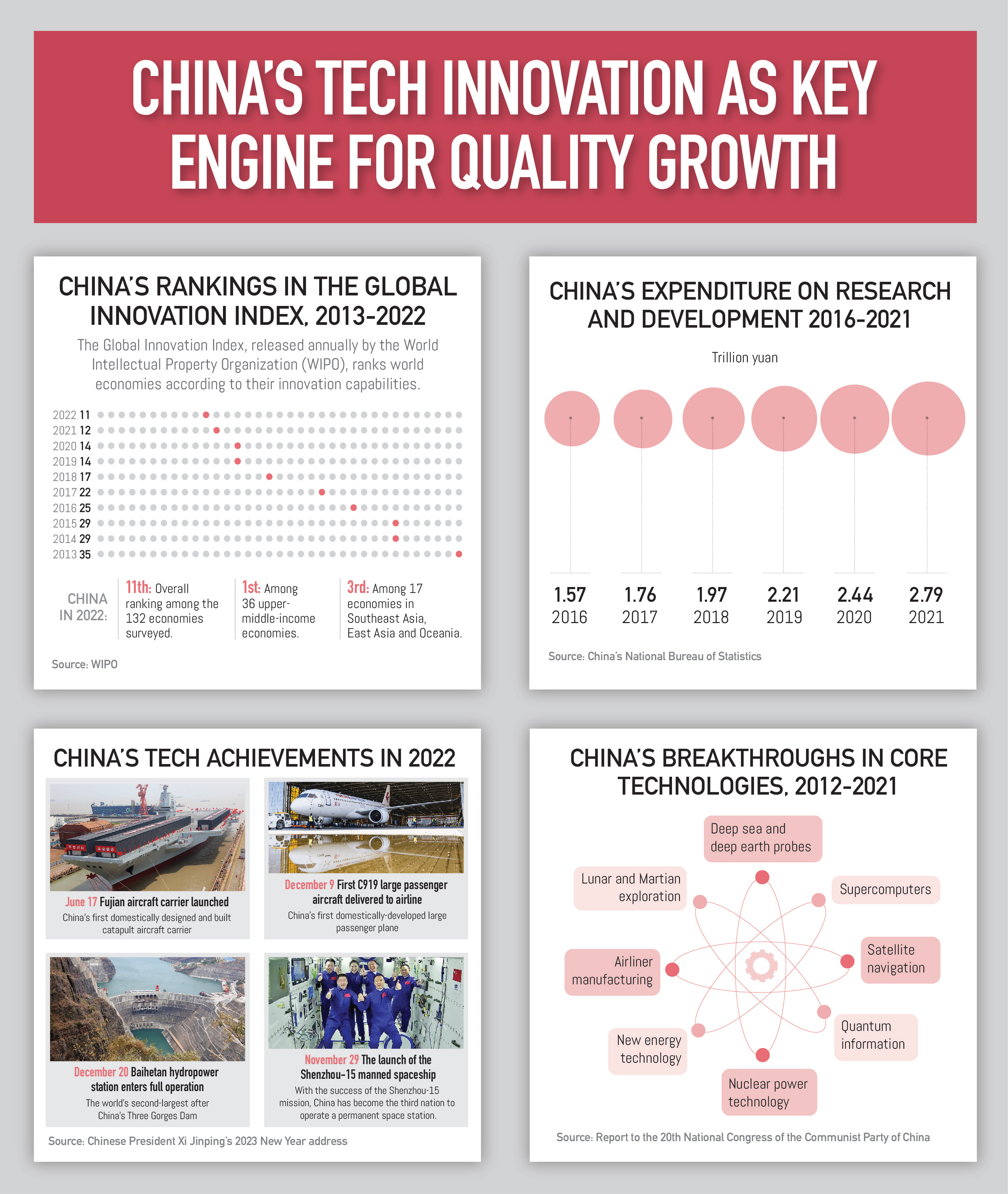 The country has joined the ranks of the world's innovators. It moved up to 11th place in the 2022 ranking of the Global Innovation Index, where the World Intellectual Property Organization (WIPO) captures the innovation performance of 132 economies in the survey.

China ranked first among the 36 upper-middle-income economies in the survey and third among the 17 economies in Southeast Asia, East Asia and Oceania. According to WIPO, it now has the same amount of global top 100 science and technology clusters as the U.S.

The country's expenditure on research and development (R&D) hit 2.79 trillion yuan (about $410 billion) in 2021, ranking second in the world, NBS data showed. From 2016 to 2021, China's R&D expenditure increased by an average of 12.3 percent annually, much higher than the 7.8 percent of the United States.

A focus on higher-quality growth

China has been focused on higher-quality growth with industrial upgrading policies and economy blueprints targeting technological innovation, and these sectors are creating more value for the broader economy, a Bloomberg opinion piece said in November.

China launched the Shenzhou-13, 14 and 15 spacecraft in 2022, making it the third country to operate a permanent space station.

A series of major technological achievements in 2022 have demonstrated that technological innovation has become a key engine for the virus-hit Chinese economy, said Shao Yu, chief economist of Orient Securities.

"An inverted N-shaped growth curve reflects an extraordinary year of 2022 for the Chinese economy," he said.