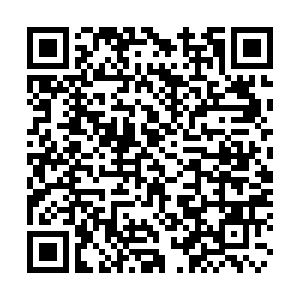 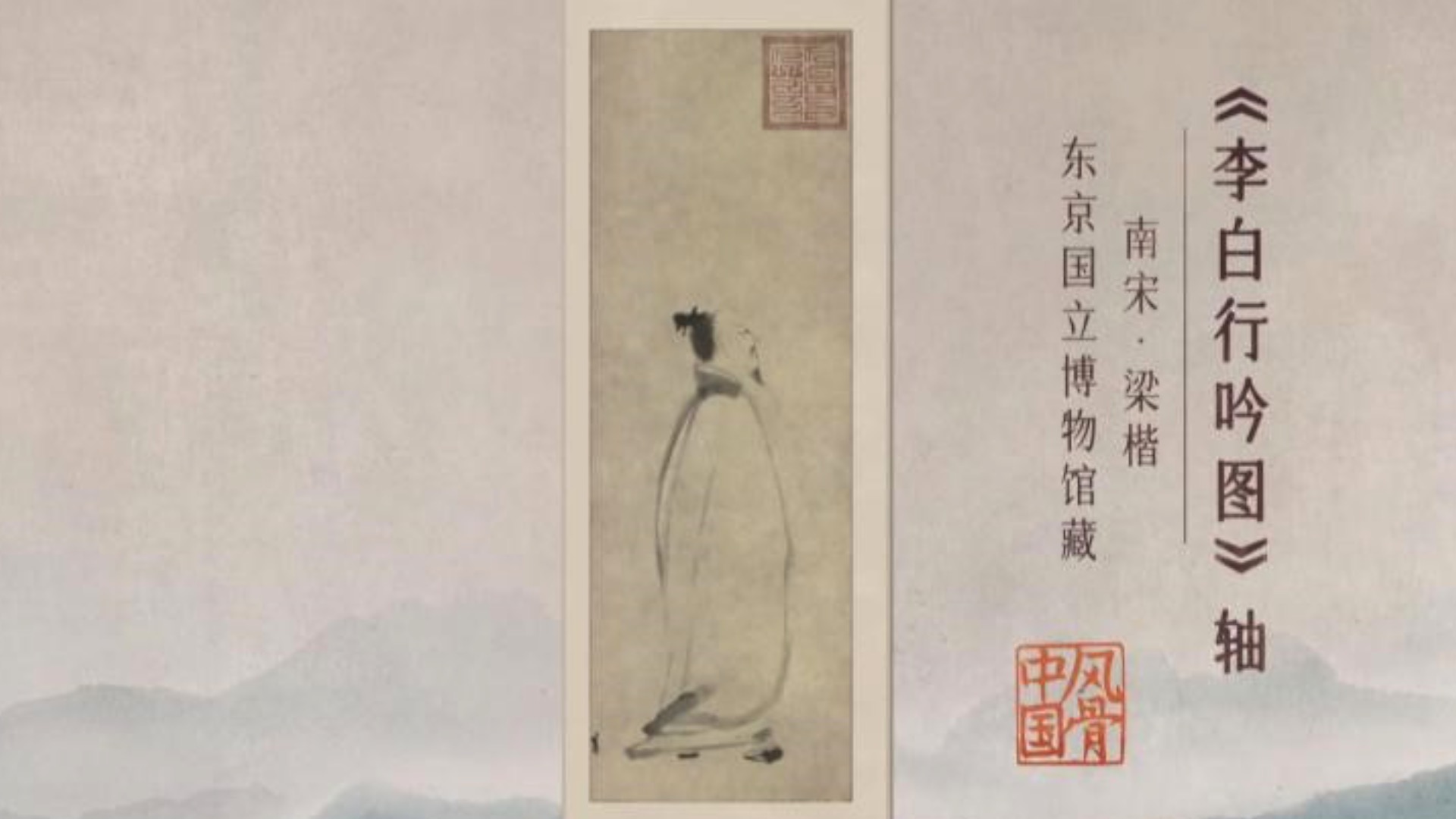 Having lived in the Tang Dynasty (618-907) during the "Golden Age of Chinese Poetry," Li Bai (701-762) was a poetic genius, acclaimed from his own time to the present as a brilliant and romantic figure who used his literary talent to take Chinese poetry to new heights. He traveled to many mountains and rivers throughout the country, engaging in a spiritual journey while embracing the diversity of life.

Artists of subsequent dynasties created numerous works to commemorate Li Bai and his poems, including the painting "Li Bai in Stroll" by Liang Kai from the Southern Song Dynasty. Although Liang used simple brushstrokes and light colors to portray Li Bai, the ethereal and other-worldly quality of his poetic genius was well exhibited.

Produced by China Media Group, the cultural program "China in Poetry and Painting" invited the renowned actor Wang Luoyong to play the role of Li Bai, reanimating the scene depicted in his masterpiece.

"Li Bai in Stroll" is a traditional Chinese ink painting by Liang Kai of the Southern Song Dynasty that is now housed at the Tokyo National Museum. In this masterpiece, the figure of the poet occupies the lower two-thirds of the painting. He is shown standing sideways wearing a robe, and seemingly in wooden clogs. His head tilts slightly upwards, as though he were gazing at the empty expanse above as well as the moon and the clouds.

Although the strokes seem economical and simple at first glance, a deeper look reveals their subtle grace and profundity. With precise control of brush and ink, Liang captured the very essence of Li Bai. His facial features — forehead, nose, eyebrow, eye, lips and jawline — were depicted with delicate strokes.

The poet is shown slightly wrinkling his brows, with a jet-black dot conveying the distant gaze of his observant eyes. His lips are slightly parted, prefiguring the formation of his poems. The outline of the figure and clothing are painted with broad strokes in an unrestrained style.

Meanwhile, his shoes are presented with a few vague blobs of ink, conveying a sense of motion. Liang employed bold yet free brushwork to create a painting that was ahead of its time, capturing the unpretentious personality and laid-back aspect of the poet Li Bai as he ambles along, reciting some verses, creating an artistic effect in which the lines are reduced yet the spirit remains undiminished.

According to Kang Zhen, the vice-principal of Beijing Normal University, in order to create heirlooms such as this, one must have a profound insight into the object depicted. In "Li Bai in Scroll," Liang used thinned ink to describe the robed figure in profile, gently striding forward with his hands clasped behind his back while set against a blank background.

The well-designed contrast of the painting's spatial layout is thought-provoking. By highlighting the only character in the painting, Liang foregrounds the spiritual goals jointly by both himself and Li Bai — an unruly and unrestrained personality —in this masterpiece. 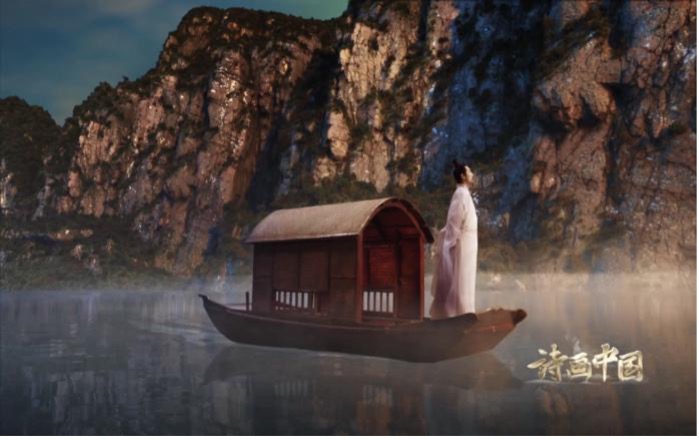 Hundreds of years later, contemporary artists continue to interpret the painting's charm in new ways. On the stage of "China in Poetry and Painting," the actor Wang Luoyong, being cast as the protagonist, presents an audio-visual feast for spectators.

With folk singing in the background, Wang recites his poems while walking through some virtual mountains, rivers and cities. The performance shows Li Bai's extraordinary imagination, fully endowed with vitality and enthusiasm. Despite having been hit by reality, he refuses to give up and keeps chasing his lofty dreams.

Li Bai's poems embody his sense of romance, chivalry, heroism, and freedom while traveling around the mountains and rivers of China. Many people who appreciate his poetry also respect the spirit that he conveyed, as reflected in "Li Bai in Scroll."

Li Bai has left an artistic legacy for Chinese literature to build on, allowing generations of Chinese to feel that same sense of freedom as they relive the spiritual journeys he embarked on.