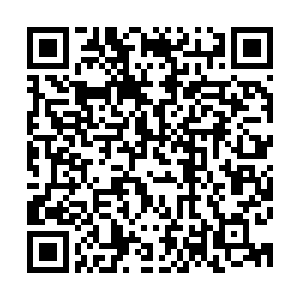 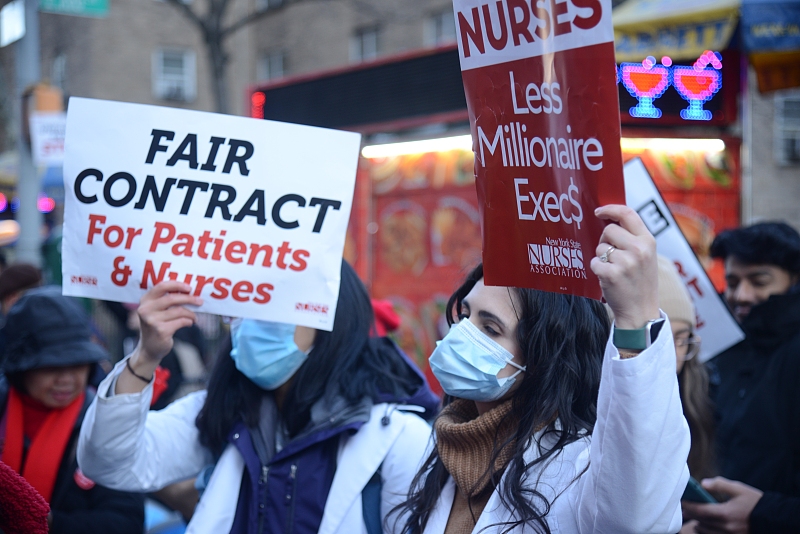 Thousands of nurses from New York City's Mount Sinai Hospital and Montefiore Bronx continued to be on strike for the third day on staffing shortage, low wage and other issues.

Hundreds of nurses wearing red hats continued to line both sides of Madison Avenue near the entrance of Mount Sinai Hospital on Wednesday morning.

Meanwhile, another smaller group of nurses rallied at the 5th Avenue on another side of Mount Sinai Hospital complex.

Nurses called for more nurses and enforcement of safe staffing requirements while complaining of hefty salaries and bonuses for management of the hospitals.

Minna Scott, a registered nurse at Mount Sinai Hospital said that "99 percent of nurses have voted to authorize the strike and we're all out here rallying on the street."

Mount Sinai is a private hospital, so it is not under the laws of the New York State to enforce any of the labor laws including that on staffing ratio, according to Scott.

Currently, there are over 500 vacancies of nurses, and nurses have to work overtime because of short staffing, said Scott.

"Nurses do not get paid enough. The head of this hospital, according to the Internal Revenue Service, makes 12,437,000 dollars a year. Sure, they could support the nurses and give them raises," said Lorraine Skeen, a retired teacher, who came out in solidarity with nurses.

It's reported that around 7,000 nurses from the two hospitals joined the strike while Mount Sinai Morningside and Mount Sinai West reached a tentative agreement with the state nursing union on a new contract Sunday with a strike avoided.

The nurses union, the New York State Nurses Association, said earlier that members had to strike because chronic understaffing leaves them caring for too many patients.

The strike will continue until agreements can be reached and the key sticking point in negotiations is making sure there are enough nurses at the bedside to safely care for patients, said a release by the New York State Nurses Association on Wednesday.

(With input from Xinhua, AP)