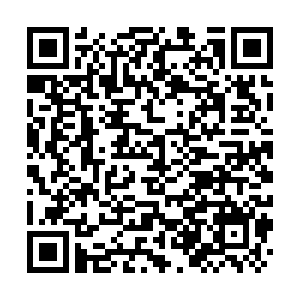 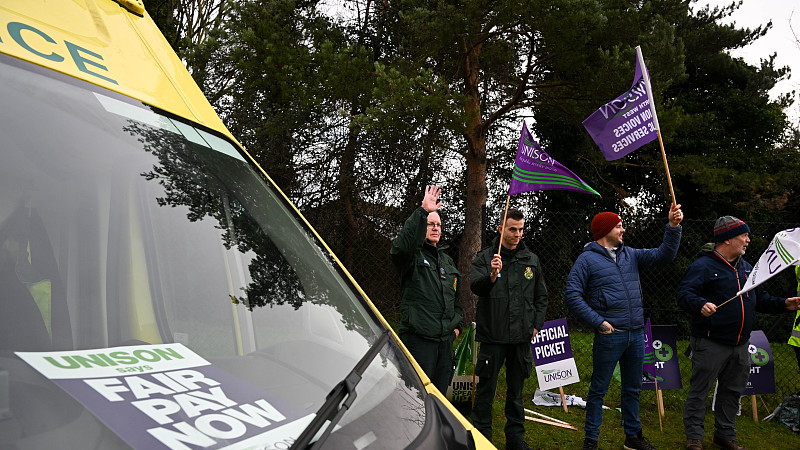 Staff are seen on the picket line at Taunton Ambulance Station in Taunton, England, January 11, 2023. /CFP

Staff are seen on the picket line at Taunton Ambulance Station in Taunton, England, January 11, 2023. /CFP

Around 25,000 UK ambulance workers went on strike Wednesday, walking out for the second time since December in an ongoing dispute with the government over pay.

The industrial action by paramedics, drivers and call handlers was the latest in a wave of strikes in recent months that has crippled the country's rail network on some days and strained the UK's overburdened public health system.

Health officials have warned that the impact of Wednesday's strike will be worse than the one held in December because more staff, including call handlers, are walking out. People were advised to call in cases of life-threatening emergencies, such as cardiac arrest or a serious road accident, and ambulances will still respond to such situations.

But less urgent cases won't be prioritized and some people will have to make their own way to hospitals.

Union leaders say some of the lowest-paid public health workers, including call handlers and drivers, are close to falling below the national minimum wage.

"Some ambulance staff in England and Wales are striking on 11 January, with a further strike planned for 23 January," the BBC reported on Wednesday.

Scores of other workers, including nurses, train and bus drivers, postal workers, physiotherapists, teachers and border force staff, have in recent months joined the strikes, the biggest in decades in Britain, to demand better salaries as inflation soars to the highest levels the UK has seen since the early 1980s. Inflation rose to 11.1 percent in October, before coming down slightly to 10.7 percent in November. 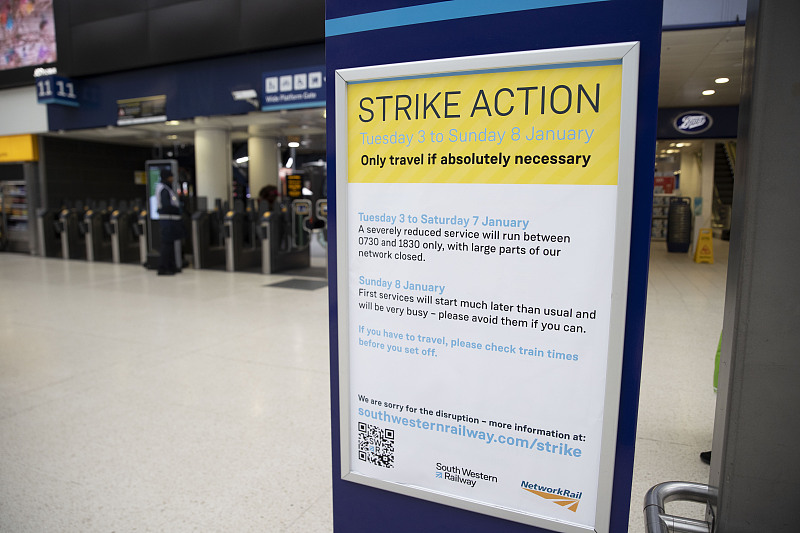 Wages, especially in the public sector, haven't kept pace with the skyrocketing cost of living.

The strike action comes at a time of severe strain for the UK's National Health Service, which has reported record demand on urgent and emergency care services this winter.

Officials have blamed the pressures on a surge of flu and other winter viruses after two years of COVID-19 restrictions. But the opposition Labour Party and many health workers say the problems run much deeper. Years of underfunding and staff shortages partly caused by a post-Brexit lack of European workers in the UK have combined to cause a public health crisis, they say.

Paramedics have described waiting outside hospitals on a daily basis for patients to be seen, and patients being left in hospital corridors for hours waiting to be transferred.

Government officials met with trade union leaders on Monday, but there has been no breakthrough in negotiations. Union leaders have also been angered by government plans to introduce legislation to set "minimum service levels" for firefighters, ambulance services and railways that must be maintained during a strike.

"What's terrifying is that right now, people not knowing whether when they call 999 they will get the treatment that they need," Prime Minister Rishi Sunak told parliament, referring to the country's 999 emergency services hotline.