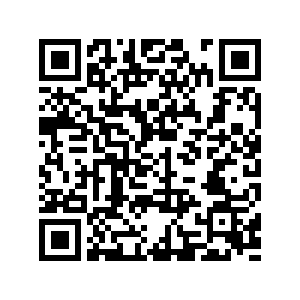 China and the U.S. share broad common interests and the economic and trade cooperation between the two countries is mutually beneficial, China's Commerce Minister Wang Wentao told U.S.-China Business Council President Craig Allen via video link on Thursday. He also expressed the hope that the China-U.S. economic and trade relations can go back to normal as soon as possible.

In the video talk, Wang said the meeting between Chinese President Xi Jinping and U.S. President Joe Biden in Bali, Indonesia set the tone for bilateral economic and trade relations. The Chinese side is willing to work with the U.S. to implement the important consensus reached by the two heads of state in Bali, seek common ground, and conduct rational, pragmatic and professional communication, promoting bilateral cooperation, Wang said.

He pointed out that the economic and trade cooperation between China and the U.S. plays a pivotal role in global economic growth, but the U.S. government defines China-U.S. relations by "strategic competition" and has adopted a series of trade and investment restrictions and protectionist practices against China, which have harmed the interests of businesses and people of both countries.

He expressed his hope that the U.S. side will correctly view the opportunities China's development will bring to the U.S. and the world, and the China-U.S. economic and trade relations can be back on the right track as soon as possible.

Wang noted that the 20th National Congress of the Communist Party of China (CPC) re-emphasized that China will unswervingly open wider to the outside world and comprehensively promote the great rejuvenation of the Chinese nation through modernization. The modernization of China, with a population of more than 1.4 billion, means great opportunities for global companies, including those from the U.S. and China will regularly listen to the views of foreign companies, including American companies, and continue to improve a market-oriented, law-based and international business environment, Wang said.

Allen said that the Bali summit has attracted much attention from the international community, at which the two heads of state carried out candid, in-depth and constructive communication, and it has greatly encouraged the U.S. business community. It is hoped that the two sides can proceed from some specific issues to strengthen communication and cooperation and enhance mutual trust.