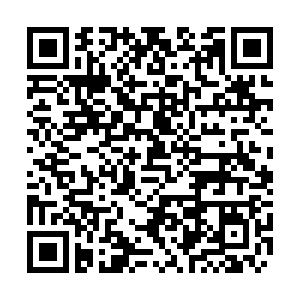 Wang made the remarks at a press briefing when asked to comment on a U.S.-Japan joint statement, which was issued after "2+2" talks on Wednesday between the foreign and defense ministers the U.S. and Japan.

This statement claimed that China is the biggest strategic challenge in the Indo-Pacific and other regions, and blamed China on issues concerning Taiwan, Hong Kong, Xinjiang and the sea.

Wang said the China-related content of this statement is full of Cold War zero-sum mentality and groundless smear attacks on China, which China "firmly opposes it."

The U.S. and Japan say they want to promote regional peace and security and safeguard the free and open Indo-Pacific region, but they are actually looking for excuses for their armed forces and setting up a "small circle" that is closed and exclusive, trying to create division and confrontation, Wang said.

"They say they want to safeguard the rules-based international order, but they actually wantonly trample on the international law and basic norms of international relations, and roughly interfere with other countries' internal affairs," he said, adding that these acts have become the actual challenges to regional peace, security and stability.

The Asia-Pacific region is a highland for peaceful development, not an arena for geopolitics, Wang pointed out.

Countries in the Asia-Pacific region always support justice and cooperation and oppose hegemony and confrontation, Wang said, adding that they pursue true multilateralism and oppose the "small circle" that provokes confrontation.