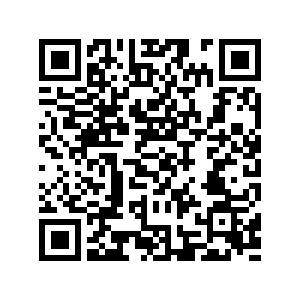 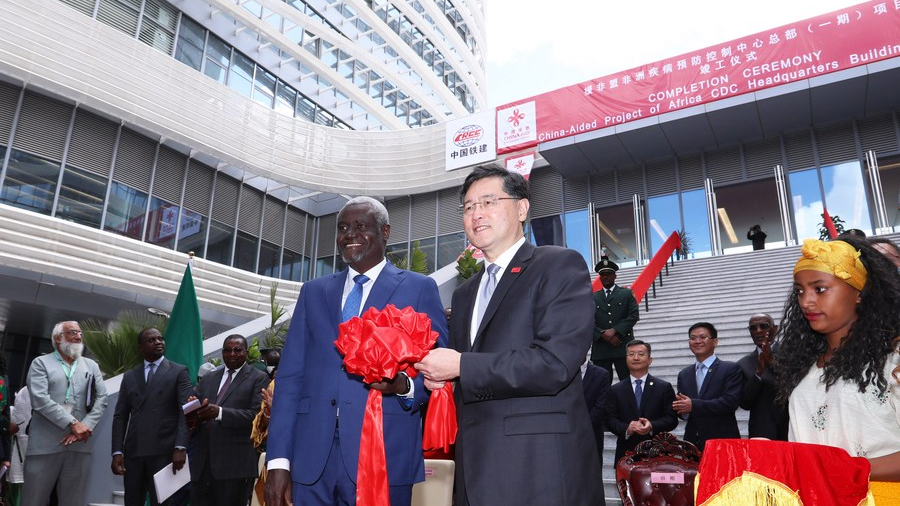 Editor's note: Bereket Sisay is a commentator of international affairs, with a special focus on Africa. The article reflects the author's opinions and not necessarily the views of CGTN.

The project, apart from its palpable direct impacts over the health infrastructure in the continent, reveals the significance of health cooperation between China and Africa while taking the strategic partnership to new heights. Qin said it's another milestone for China-Africa cooperation after the African Union (AU) Conference Center, showing the world with irrefutable facts that China has never made an empty promise.

Africa has grappled with myriads of health challenges as the continent is deprived of a robust health system and infrastructural development. Besides member states' fragile health structure, continental organization such as Africa CDC, as a newly established AU technical agency existing only for five years, is yet to constitute the needed capacity to endure current and future health difficulties.

The outbreak of the COVID-19 pandemic has exposed serious shortcomings in national and continental health systems, overwhelming surveillance and testing capacity. Consequently, numerous communicable and non-communicable diseases have been rocking the continent while leaving hundreds of thousands of people to die and many more succumbing to a long illness. The recurring nature and vicious cycle of disease occurrence has pushed a sizable portion of Africa's population to the brink of poverty.

Consistently, in February 2022, Africa Development Bank (AfDB) reported the health challenges triggered by many factors across Africa are causing significant hardships. Despite recent progress, child and maternal mortality remain high in many African countries. With just 15 percent of the world's population, Africa accounts for an estimated 50 percent of global deaths from communicable diseases. Poor health outcomes reflect a lack of access to quality health services: a third of Africans live more than two hours away from health services, and there are severe shortages in hospital beds, medical equipment, and drugs.

The economic costs of health challenges are severe. It is estimated that Africa loses $2.4 trillion in annual output due to poor health. This statistical information infers the fragile nature of Africa's health sector while hinting a hazy future if necessary measures are not taken promptly and comprehensively.

Due to these threats, the Africa health arrangement necessitated reconsidering its approach and committing to a new dynamism that could transform the status quo into a long-term positive trajectory. Africa's health investments must grow exponentially in order to build large and diverse health infrastructure that meets current and future needs, as well as the needs of its growing populations. 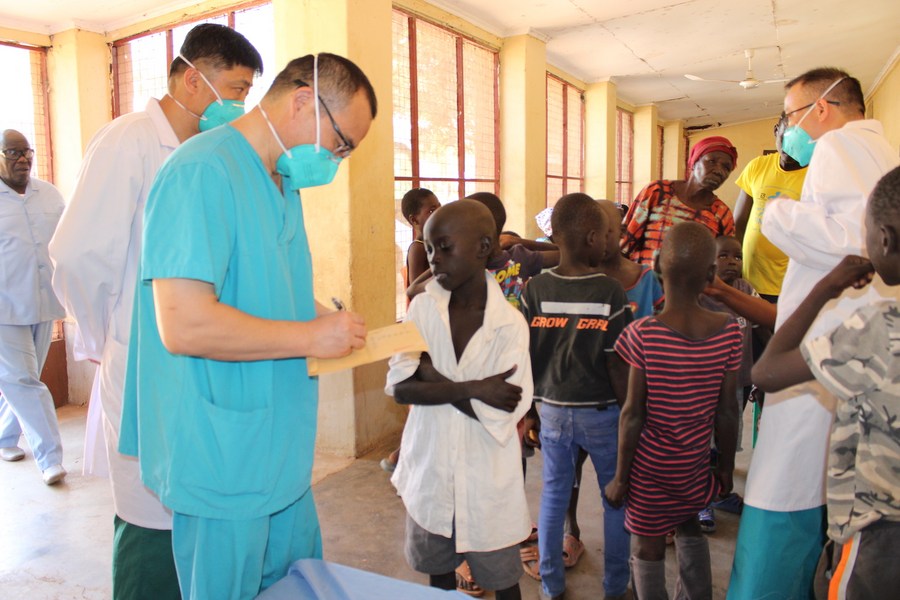 Members of the 10th batch of the Chinese medical team conducting medical checkups on orphans at the Juba Orphanage Home in Juba, capital of South Sudan, December 20, 2022. /Xinhua

Members of the 10th batch of the Chinese medical team conducting medical checkups on orphans at the Juba Orphanage Home in Juba, capital of South Sudan, December 20, 2022. /Xinhua

According to the AfDB, the $4.5 billion in capital expenditure currently made by Africa governments each year is far below the estimated $26 billion in annual investment needed to meet evolving health needs over the next decade. The Africa governments and corresponding actors must rally round resources mobilization and channeling more finance into the sector. The long-term investment must be substantial and strategic as the continent is struggling with health challenges that have negative economic and social repercussions.

So, investing in the health system in Africa is essential not only to create a robust health system but to achieve sustainable development targets.

The newly inaugurated Africa CDC could fill an essential niche as a health infrastructure in the continent. The center comes equipped with modern laboratory, training, conference, and data centers to accelerate the continental-wide response efforts. Moreover, it will serve as an important impetus to make a wide variety of surveillance activities and find proper medications for ongoing and emerging health problems. The institution will feed Africa's ambition to produce and to distribute vaccines for future pandemics.

The facility strengthens the continent public health system in a manner that benefits Africans. Accordingly, the support is instrumental in realizing the Africa Health Strategy (2016-2030), which would create better performing health sectors while addressing key challenges to reducing the continent's burden of disease.

China's health assistance in Africa has been most effective in three areas: public health infrastructure, medical service capacity, and human resources development. The collaboration is blossoming and gaining momentum on top of expanding into new areas of engagement. Qin also reiterated China's commitment to strong solidarity on various sectors including health.

Africa should continue to seize this opportunity to collaborate with China and achieve mutual development. Africa could further address the root causes of health infrastructure. The likes of Africa CDC facilities need to expand to the level promoting quality health coverage for all in the continent.