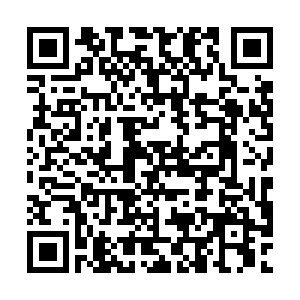 China is ready to work with Benin to continue to be sincere partners that hold mutual trust in politics and move forward hand in hand in development, aiming to elevate China-Benin relations to a new level, Chinese Foreign Minister Qin Gang said on Friday.

Qin made the remarks when meeting with President of Benin Patrice Talon in Benin's Cotonou, adding that China thanks Benin's understanding and support on issues concerning China's core interests and major concerns.

Over half a century, China and Benin have always upheld mutual respect and treated each other equally, Qin said.

It is hoped that both sides will jointly implement the consensus reached by leaders of both countries and the results of the Eighth Ministerial Conference of the Forum on China-Africa Cooperation (FOCAC) to elevate China-Benin relations to a new level, Qin said.

China's reform and development always adheres to the leadership of the Communist Party of China and independence, Qin said, calling for strengthened exchanges on governing experience with Benin.

Qin said China supports Benin to explore its own development path that suits its national conditions.

Following the spirit of friendship and cooperation between China and Africa and upholding the concept of sincerity, affinity and good faith, China will cooperate with African countries, including Benin, in solidarity to achieve common development, he added. 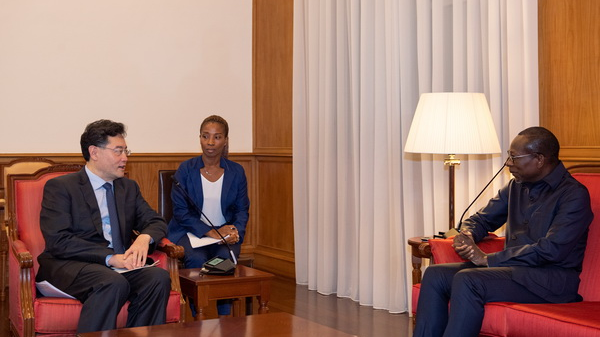 For his part, Talon said, coinciding with the 50th anniversary of the resumption of diplomatic relations between China and Benin, Qin's visit as China's new foreign minister highlights the friendly and close connection between the two countries.

"We cherish China's long-term help and support to Benin," Talon said, adding that Benin, standing on the side of truth, equality and justice, will always be China's firm and reliable friend.

China has found the correct development path and made remarkable achievements, by which developing countries are deeply inspired, he said.

Talon said he expects to learn from China's experience and deepen and expand practical cooperation to accelerate Benin's development and rejuvenation.

During his visit, Qin also met with Beninese Minister of Foreign Affairs and Cooperation Aurelien Agbenonci. Both sides signed cooperation documents including cultural and people-to-people exchanges.