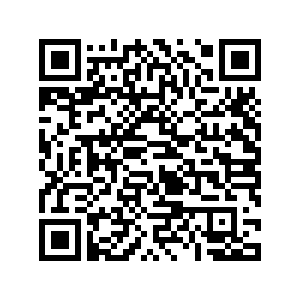 The year 2022 is of crucial importance to the respective development of the two parties as well as the two countries, and also a milestone for the China-Vietnam relationship, said Xi. He noted that the CPC held its 20th National Congress successfully, putting forward the Party's missions and tasks in the new era and on the new journey.

Under the leadership of the CPV Central Committee, the Vietnamese people have fully implemented the guiding principles of the CPV's 13th national congress, Xi said.

Shortly after the conclusion of the 20th CPC National Congress, Xi said, Trong paid a successful visit to China, during which the two countries issued a joint statement on further strengthening and deepening their comprehensive strategic cooperative partnership.

Noting that relevant departments and sub-national authorities of the two parties as well as of the two countries have been striving to implement the broad consensus reached between the two sides, Xi said he believes it will consolidate the political mutual trust and traditional friendship between China and Vietnam, and improve the well-being of their people.

Xi pointed out that at the beginning of the New Year, everything takes on a new look. Looking ahead of 2023, Xi said he is ready to stay in close communication with Trong and jointly steer the course for the sustained, sound and steady development of China-Vietnam relations.

China and Vietnam are a community with a shared future that bears strategic significance and Vietnam is a priority in China's neighborhood diplomacy, Xi said.

China is ready to work together with Vietnam to enhance synergy of their development strategies, deepen practical cooperation in various fields, enhance communication and coordination in international and regional affairs, and make contributions to advancing the noble cause of peace and development of mankind, Xi added.

In his message, Trong said that under the leadership of the CPC Central Committee with Xi at the core and under the guidance of Xi Jinping Thought on Socialism with Chinese Characteristics for a New Era, the CPC successfully held its 20th National Congress in the past year, which is an extremely important event in the political life of the Chinese people.

Trong expressed confidence that under the leadership of the CPC, the brotherly Chinese people will successfully fulfill all the goals and visions set forth at the 20th CPC National Congress, build a modern socialist country in an all-round way, and march toward the realization of the Second Centenary Goal.

Under the guidance of a series of consensus reached by the general secretaries of the two parties, Vietnam-China relations have maintained a positive momentum of development and made important progress, Trong said, adding that his official visit to China with a high-level delegation of the Vietnamese party and government after the 20th CPC National Congress was a success.

Trong said he is ready to work with Xi to guide the departments and sub-national authorities of both sides to implement the agreements and consensus reached during the visit, conduct strategic communications on the theories and practices of socialist construction of the two countries, and chart the course and set out strategic plans to ensure that the development of relations between the two parties and two countries reaches new highs.

He wished the CPC continued growth, the People's Republic of China prosperity, and the brotherly Chinese people a happy and peaceful New Year!